So this week I’m coping better, I’m not freaking out over modules or the potentially high work load for this semester. I feel like I’ve kind of reached that acceptance phase where I know there’s no point wasting time feeling stressed or overwhelmed about everything, and that I might as well just shut up and get on with it. What happens, happens!

It also recently hit home how soon I am going to be returning to the UK and I won’t lie, I have massively mixed emotions about that. On the one side my family and friends are there and I get to see them (and hug them) and catch up face to face rather than over a late night or early morning Skype. Also I get to go back to Falmouth. On the other hand: I have to go back to Falmouth, I’ll be finishing uni, I’ll be doing my dissertation and I’ll be leaving behind something which has quite literally been my entire life for a while year. It’s hard because I don’t want to be the person that relates everything back to ‘that time I was in Australia’ or the person that just doesn’t shut up about it, but at the same time I’m scared that if I don’t, my year will just kind of fade into the background/be insignificant. I don’t know.

However thinking about that has made me realise how accustomed to the Land Down Under I now am. Flip flops all day every day, rain or shine, sleeping in humidity is no problem, walking through long grass at night – possibly not a good idea but I do it. All sorts of little things that I don’t even think about now and it has just made me realise how much this place means home to me (sorry mum). Also the college, I feel a lot more settled this semester and it’s made me want to stay all the more. I think it’s safe to say, since I have 3.5 months left to go, that this year has been absolutely incredible, I have loved it so much and I’ll be gutted to say goodbye, but I will have new and exciting things to look forwards to on my return home.

I feel like part of the reason that I’ve had a more positive attitude this week is because it’s been a fun week, and I’ve actually managed to get a fair bit done. We’ve had a lot of meetings for a group project I’m doing in Animal Behaviour, and that’s coming along nicely now. I’ve caught up on a lot of my work, and I have people helping me look for houses in Falmouth (thanks guys!). 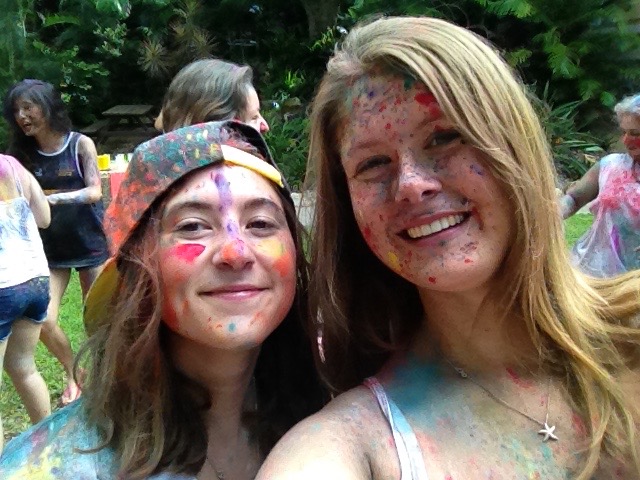 Holi got a bit… messy

On the fun side of things it has been a very college-y week. I went to go watch our Badminton and Table-tennis teams play in the Inter-College cup games and we also had an evening in college where we all had a great laugh singing karaoke and mucking around. Choralfest rehearsals are still great fun – I’ve met a few new people who I get along with pretty well, and we’re starting to work out our parts for the 3 songs now. Also, it’s the mid semester break in one day’s time (ALREADY?!), so that’ll give me a chance to sort my life out somewhat.

We had two events this week, Holi and Bara Khana. Holi was so much fun, throwing dye in the air (at each other) and trying to make different coloured or shaped clouds was a lot of fun. We did get incredibly messy though. That t-shirt had to go straight in the bin as it would have stained any sinks/clothing it went near! It took long enough to get it off my skin! I still had red and blue tinges to my arms for a few days! 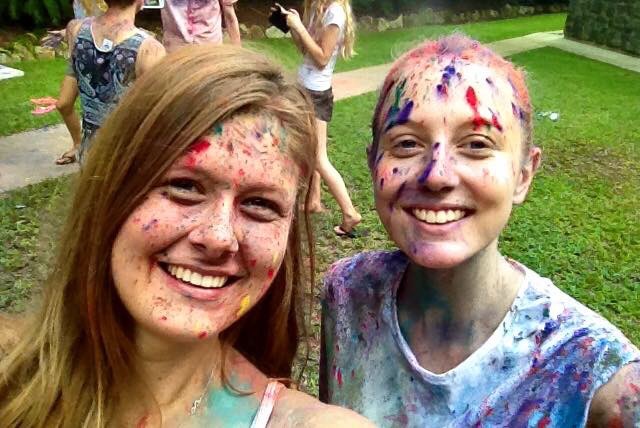 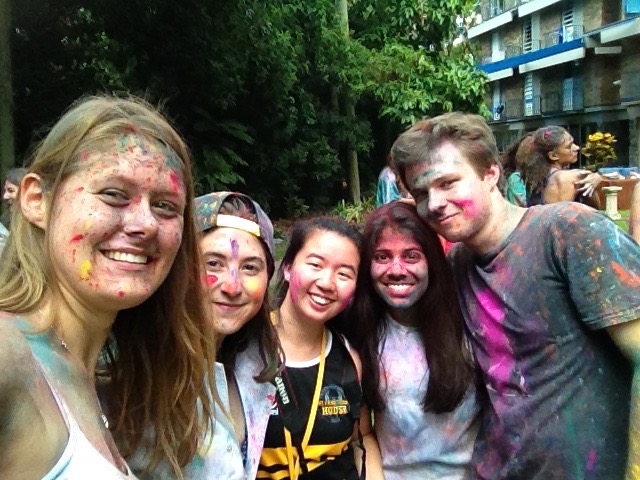 Bara Khana was interesting… it was the first one with alcohol of this term, and a mixture of being thirsty and tired meant that I drank my first glass fairly fast and it went straight to my head. The food was incredible once again, and the speeches were moving along pretty quickly. I was pleasantly surprised as I was called up to receive an award for having ‘Housie Spirit.’ Pretty much it was for always trying to help out and going along to support whenever I can, even if I don’t get involved in the sports themselves. I was touched, honestly, as for the last semester I’d felt like I didn’t really fit in at the college, as I’m not super sporty and I’m not massive on going out every week, so to have some form of acknowledgement that people saw me trying to take part in my way was lovely. 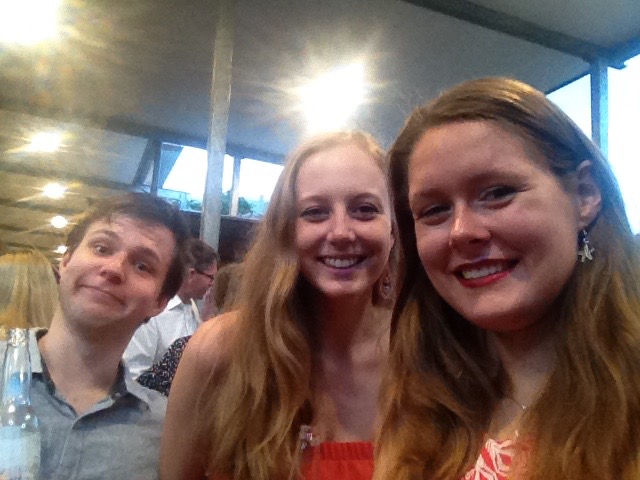 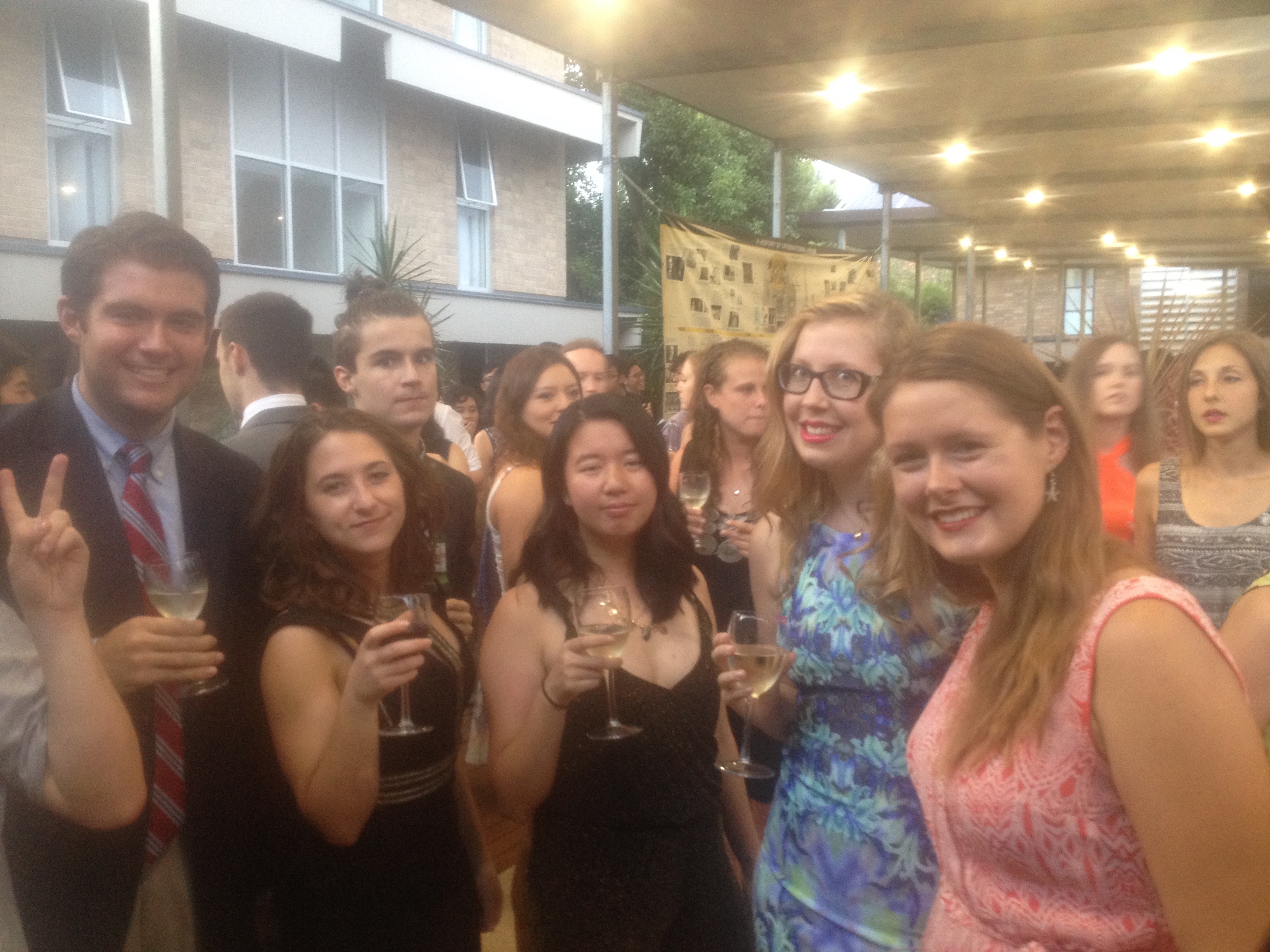