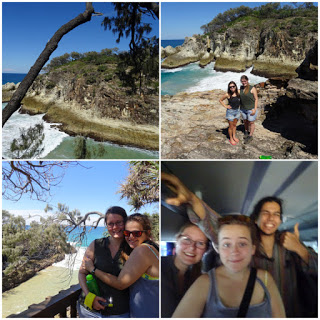 Views with old and new friends

Today marks the end of my first great adventure into the world of marine research and I have loved it. Yes, we had to wake up early again, but once we had all run through our group projects (which were all pretty interesting) the day of fun commenced!

The first stop was a gorge walk on the ocean-side of the island, so it was all rocky and wave-y, unlike the other side where we were staying which was flat as a millpond. Not only was the walk gorgeous in itself but we (potentially) saw manta rays and a turtle as well as seeing dolphins and humpbacks!

The whales were pretty far away, so the view wasn’t fantastic, but they were there! I saw my first whale! Hopefully next week when I come back for diving I will see some more! If not I’ll have to try and get in a whale watching trip before they all leave for the season!

After that we all ran to the sea for a swim, which was officially the first time I’ve swum in the sea whilst in Australia (aside from for diving). 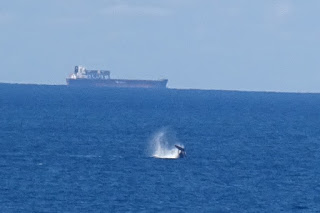 At first it was a little chilly (it is the sea) but then after a little while it was lovely! I didn’t get used to it in the way you get used to the UK water (by going numb), it was simply warm enough to actually enjoy! It was awesome. We then sunbathed for a while before piling back onto the bus and heading for home once more.

I really enjoyed the whole weekend, it may have only been a few days, but I saw so much and it really filled me with the need to do more things like this, to see more of the marine world and to get more involved in research, which is what I want to do as my ‘dream-job’.

It was also fantastic to meet so many new people! I met people from Union College, more UK goers, people from Europe, the US, Canada, South America… there were just so many people I hadn’t spoken to before and it was incredible! 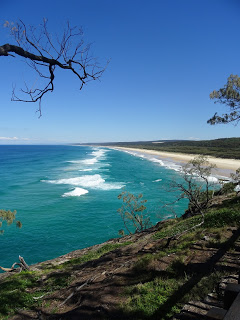 The views were incredible 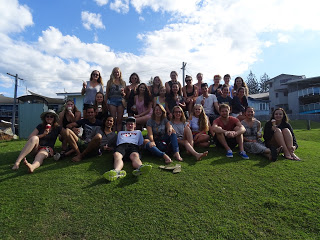