Day two in paradise did not disappoint! After breakfast we were taken on a walking tour around the island. Which took about 30 minutes at quite a slow pace with several stops! It’s not a very big Island at all!!

After being shown all the locations and what they were called we then had free reign over the island (bar the resort) and could go snorkelling whenever so long as we said where we were. No life guards or anything (not needed in the lagoon) it was quite nice just running wild.

With the first ‘learning activities’ out of the way we just chilled on the beach, sunbathing and snorkelling and generally being more relaxed then I have been in a long while! 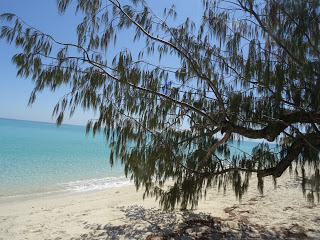 After a great lunch it was out on the boat to go snorkelling in some of the more ‘out of the way’ areas, which were fantastic! The first port of call was a location called the ‘canyons’. True to form I went right up to the front of the boat and soaked in the sun and the joy of being on a dive boat again (I need more hobbies! Haha!). There were fish everywhere, some huge, some tiny and the gullies were full of incredible corals that just looked like they were straight off a postcard! And in amongst the corals and shoals of fish we saw more turtles! Four of them! It was lovely to see them appearing and then disappearing back into the blue! I also cut myself on some coral but we’ll ignore that! 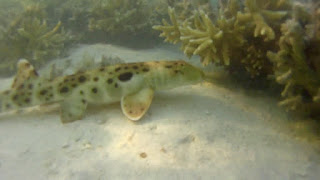 After we got off the boat it was low tide so we went on a reef walk, exploring what there was on the reef and trying to decide on a group project for our assessment.

Post reef walk and dinner we went for a night snorkel, it was great fun as we had glow sticks so you could stand on the jetty and see everyone in little clusters of colour. This time we saw four turtles (one was sleeping on the ledge under the wreck), loads of sharks, some grouper and a barracuda. It was pretty cool! We could also see the lights in Gladstone and the Lightning over the water which was beautiful!

Finally jut before bed we decided to go on a night walk and have a look at all the stars since there was no light pollution that far out. And boy was it impressive. The moon was red too. Unfortunately I still can’t wok out how to take star photos, but I did accidentally work out how to take long exposure photos so that’s a plus! I am slowly working out the secrets of my camera!

After our little walk we finally decided it was time for bed so that we could start our projects in the morning!

Fun fact though, heron island is named after the White and grey birds seen all over it, which are actually egrets. Oops. 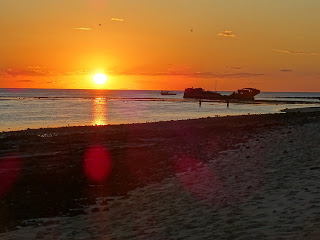