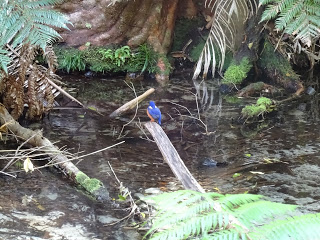 Since today was the last day of work the groups switched places, meaning we got to do work first and then relax in the evening, a good way to spend the last day if you ask me! I may have been dubious at the start, but I definitely think we got the work/play in the correct order for this trip!

At five we were up and ready check the mammal traps we’d set out the night before. Of the four I’d set out two had been triggered by bush rats. We also inspected the herp funnel and pitfall traps before heading back to camp as the sun rose. 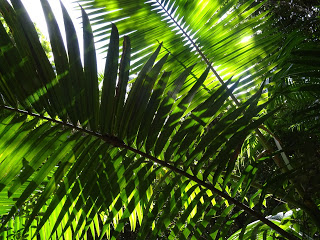 Next stop was central station, an old logging station, where we looked at the rainforest and did another habitat analysis. This time we were looking at pollination and seed dispersal, which was pretty interesting, but the best bit was spotting the azure kingfisher by the stream. We also tried some
bush tucker in the form of wild pepper, which got real spicy pretty quick!

That took us to the end of work, so we trekked another 7km to today’s lake, lake Mckenzie. It was a lovely walk, we saw cockatoos, goannas and loads of insects. We were just getting to the point where it seemed like the walk would never end when we met the other group coming the other way who informed is we were at most ten minutes away. Victory! 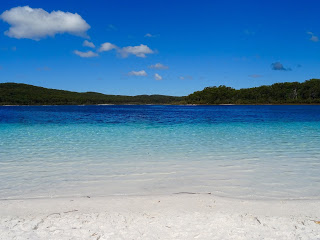 At the lakes we wandered around the shore to an area away from the main beach and just relaxed. We played volleyball (I failed spectacularly), went for a swim in crystal blue waters, found fresh water turtles and lay in the sun on beautiful white sand. It was gorgeous. It felt so unreal, the lake was so gorgeous it looked like it had been photoshopped!

We then got a ride back to base in the 4x4s, where we went for a wander on the beach while waiting for group 1 to get back. Whilst on the beach we saw a white bellied sea eagle, a raptor of some form and then we just mucked around jumping off posts and dunes etc. It was a very chill way to end the trip, even if we did then have to go back to base and do some number crunching until the early hours!! 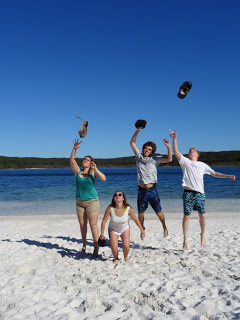