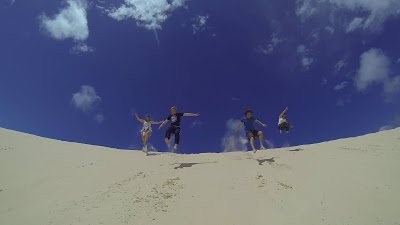 It was pretty fun, we were given two GPS coordinates to locate where we ID’d the dominant plant species and then we just pegged it as we wanted to get in the water asap! It was hot enough doing this walk in the morning, let alone doing it after work in the afternoon heat. I think we got lucky being in group 2, even if the water was slightly on the chilly side in the mornings! 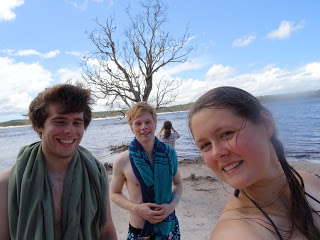 En route we saw a goanna (monitor lizard) and loads of insects (I got bit loads, as per usual) but the coolest bit of the walk was the sand blow. We dumped all our gear and shoes with a tutor and scrambled up the side of this sand dune, before being faced with the biggest expanse of sand I think over ever seen, it was vast! So naturally we ran down the side into the main pit before finding a good dune and throwing ourselves off it all in the quest for a good photo! I think we got some. Two video cameras, a drone and two hand held cameras were being used so hopefully we got something!

After tiring ourselves out there we then had another few kilometres until the lake. This lake was huge, absolutely vast and a really deep red – which was a little off putting. But heat, tiredness and the I’m-on-a-year-abroad mentality won out and I was in the water before most, admiring the fact that the water made my skin look a dark orange, like I’d had a horrendous fake tan. It was a little nippy though!

This was exactly what I thought my year abroad would be, so I’m loving it – working hard, playing hard and seeing amazing scenery and doing things that I’ve never done, like swimming in a lake in the sand dunes and racing down beaches in 4×4 convoys! So far I’ve loved every second of this field trip and I have a feeling this week is only going to get better and better! 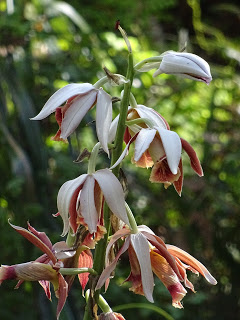 After lunch, again at base camp, we walked to a sclerophyll forest site near the village where we’d be doing a habitat analysis. Our mini-group did inverts and so we went ant-baiting and spider hunting. It was good fun, although I did feel a little itchy when doing the work! We managed to find several different species including the polkadot ant spider, a HUGE golden orb weaver and a St David’s cross spider. However, the highlight/scary part was the fact that a group next to us found a scorpion not far from where we sat!

After all our data collection and another amazing dinner (seriously, the food was so good) we all knuckled down to work. We’d been given these field notebooks and we had to input all our data into a shared drive so everyone could use it for a report later on. We also had to draw a diagram of the dune transect we’d done yesterday. 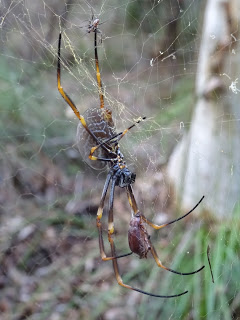 At about 11:30 we were about to turn in before the tutors announced we still had to set the mammal traps for tomorrow morning, so we scrambled to get ready and then it was off to set some mammal traps and pitfall traps so we could do a fauna survey in the morning. Or, in 5hours time by the time we all got to bed!