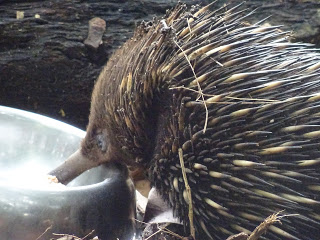 So this week was another busy one! No rest for the wicked! I’ve mostly been focussing on revision as my exams are just around the corner, but I’ve managed to pack quite a few other activities in too!

Firstly I had my second trip to Australia Zoo! It was at the same time kinda same-old, because it hadn’t been that long since I had last been so there wasn’t that much that was new and exciting, but at the same time we had keepers wander round with us and I was with a different group of friends so it was still really good fun! The crocodile show was a little scary though as they threw the meat and the crocodile accidentally knocked it into the bushes and then just looked at the keeper, but they managed to distract it and run round it so everything was A okay! 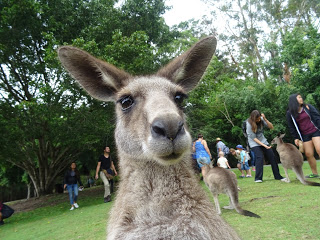 We also had another Bara Khana, the last one of semester, where they gave out all the sporting awards. Afterwards we had the ‘Roasting’ of the housies that were leaving, which basically consisted of people telling the most embarressing stories they could think of, which was a great laugh. I did alternate between watching Mr&Mrs Smith with the non-IH group, but it was still a great night!

It was also Halloween this week, but rather than being out partying I was in the library revising until midnight, when I figured it was probably a good idea to head home. True to form, idiot me fell over, but it made the walk home quite entertaining as it looked like I’d gone to the effort of dressing up for halloween with blood on my shins!

This weekend was also the dive which I had organised.  In general it went really well, but my camera died which was gutting. The case had been fogging up, so I opened it and left it to dry over lunch before going on the second dive. I must have not sealed it correctly or gotten some grit in the seal as half way through the second dive the camera case started filling up with water. I quickly surfaced (as we weren’t too deep) and chucked my camera on the boat, but it was too late. It was dead. It kinda put a downer on my dive, I know it shouldn’t have as diving is always incredible, but it still sucks when something expensive breaks! But despite the camera death I did see a lot of wildlife! There were loads of pretty big wobbegongs, an eel, tonnes of big fish, some properly aggressive damsel fish and starfish everywhere. Apparently I also missed seeing my first diving turtle too, which was a bit gutting, but I still had great fun! 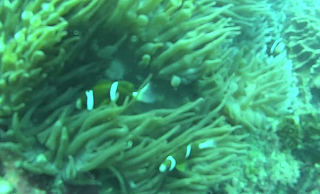 After the dive I raced back to IH where my tower, E, was having a get together and making sushi. It was really nice just to hang out with them all and get to know them a bit better, as we don’t often hang out as a tower! I was also talking to one of the girls in my block about maybe going to see her when I’m up in Cairns which would be great fun, as she can show me round the local area!

The second of November brought the QUEST end of semester/Halloween party which was a lot of fun. I didn’t drink much because a) revision the next day b) it kind hurt to walk from where I’d fallen down the other day, but that didn’t stop me having a great time! We all met up at Freddie’s for pre-drinks and the face make-up, I’m sure his bathroom was probably coated afterwards (sorry!) but it was a great laugh. I decided to go for the broken doll face-paint as I had no halloweeny clothes! We all actually looked pretty good! Then it was on to the party and it was a lot of fun, lots of photos in the photo-booth, good music and a fast bar. I had a lot of fun! 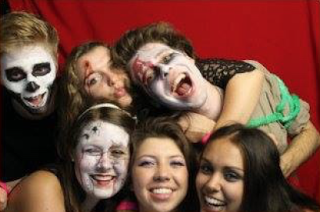 And that brings us to today, November 5th. And Australia doesn’t celebrate bonfire night! I mean, it makes sense, as it’s us remembering when our Parliament nearly got blown up, but for some reason it had never occurred to me that it was a UK only thing! So no fireworks for the Brits, but nature did put on a show and there was a huge thunderstorm which we watched from the top floor of the BioScience Library and that was pretty impressive!

Oh! And I also got swooped by a bat whilst swimming which kinda made me freak a little, it must have been very funny to watch!  Until next time!