After an early start and packing up all our belongings we left the bunkhouse behind and piled back into the vans to make our way north.

First stop: Moray Firth, more specifically Chanonry Point to see the Dolphins. It was amazing, within seconds of being on the beach we saw a dolphin, then another and another! They were right in close to the shoreline, maybe 20m away and mostly around a nice little sand-bank peninsula so everyone got a fairly good view!

After that it was back into the vans for the long trek up to Durness! 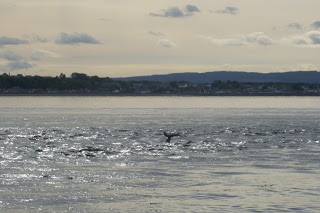 Due to the weather being fairly pants we didn’t get to see much on the way up and we couldn’t spot otters in the usual Loch no matter how hard we tried. However we still saw a lot of birds of prey (mostly buzzards) and stopped off in the bogs to look at sundew and butterwort, two of the carnivorous plants found in the UK, which was pretty cool! There were also a lot of insects so the bug enthusiasts were happy!

On arriving at Durness we found that the new hostel had proper beds, a beautiful warm kitchen and a seating area with sofas! It was heaven! I have never appreciated a proper bed and sofa as much as I did arriving there! Durness was right on the coastline and looked extremely dramatic when driving around in the minibuses.

After food we headed back out into the rain on an otter hunt – and we found them! Sitting on the edge of the road above the loch we could see it swimming along the shoreline and (after much hilarity with trying to locate it using varying interpretations the descriptor of pools and ponds) almost everyone saw it. 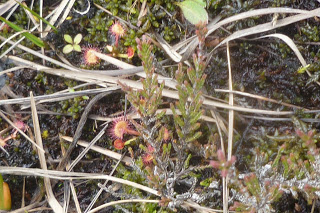 It was quite incredible really. Seeing all the birds has been awesome (for example 2/3 of the UK divers) but it is clear that, at least in Scotland, mammals (and sharks) are where my heart truly lies. Seeing the dolphins, the otters and then some porpoises to top it off was absolutely stunning.

By the time we left to go back to the hostel it was 11:30pm, and it was still light! It was crazy. I know Durness is northern Scotland but I didn’t really realise it’d be so light at night! It was pretty cool! 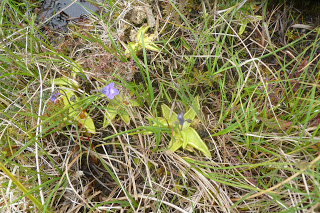