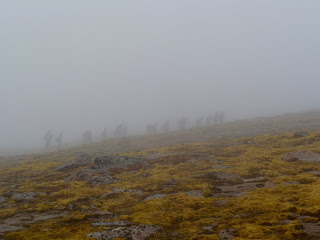 After an early start (and failing to spot the red squirrel that the minibus in front of us saw) we headed off to climb Cairn Gorm!

It was quite a climb and we took it at quite a pace but it was fun. On the sciency side of things we were looking at vegetation in relation to altitude (the species change and the veg generally gets shorter) and trampling (shorter). The lecturers were brilliant at pointing out different specialists and species of interest (club moss=dino food). At the top we got to see a ptarmigan, an alpine specialist, and then got the furnicular railway back down the mountain through the drizzle and mist.

Later in the day we went on a bit of a safari, driving round the Scottish wilderness and stopping whenever we saw something cool – which was quite often! 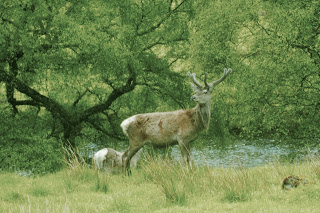 In one of the valleys we ended up racing a stoat – it was running along the far bank and we were reversing along the road to keep pace so we could all see it/take photos. It was very funny. We also saw tonnes of red deer and different birds (see the list below) before heading off to a loch to see Slavonian grebe and then we popped up to Loch Ness for a quick photo.

The evening consisted of planning our projects for tomorrow and then having a discussion about today before collapsing in our bunks. A busy but fun day. Roll on day three! 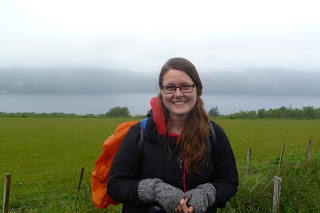