So coming back to uni threw me straight back into the deep end with the start of O-week, or Orientation Week, which is pretty much when all the new students rock up to college and the madness begins. It was a good decision to get back to college the day before the tenancy technically started, as it meant that it was quiet and calm when I arrived, so I had a chance to unpack and sort out before madness descended the next day in the form of the rest of the college arriving.

As a returning student I sort of counted as a Fresher, as I had only been here one semester so it was still my first year at college. As a Fresher there were a load of activities to take part in, including the Fresher dance. At first I was reluctant to learn it as it wasn’t ‘our’ dance from the first semester, and it meant getting up at 6, but I was awake anyway (Since the wake up call was pretty loud and jarring with them hitting pots and pans) and so I wandered down and joined in and it was actually really fun! So much so that I went to the next few rehearsals and then did the dance at Market day. I’ve really enjoyed being here for a semester one freshers, as it’s bigger and better as you have all the new exchanges and people coming to uni for the first time from all around the world, but a lot of Aussies too which is great.

The first few days were pretty full on with slip and slides, in-house parties (80s and BrisVegas), Fresher Olympics with the other colleges, college exchanges and talks. And in between all that I had to get to know the new freshers (who are lovely), move in and sort myself out after travelling for three months. Despite only having my travelling rucksack I unpacked and settled into my new room which was pretty nice – I’m in one of the newer towers so it’s clean, big and the rest of the people in the tower are great. I actually know a fair few of them. And, of course, since I have a balcony now, I invested in a hammock. 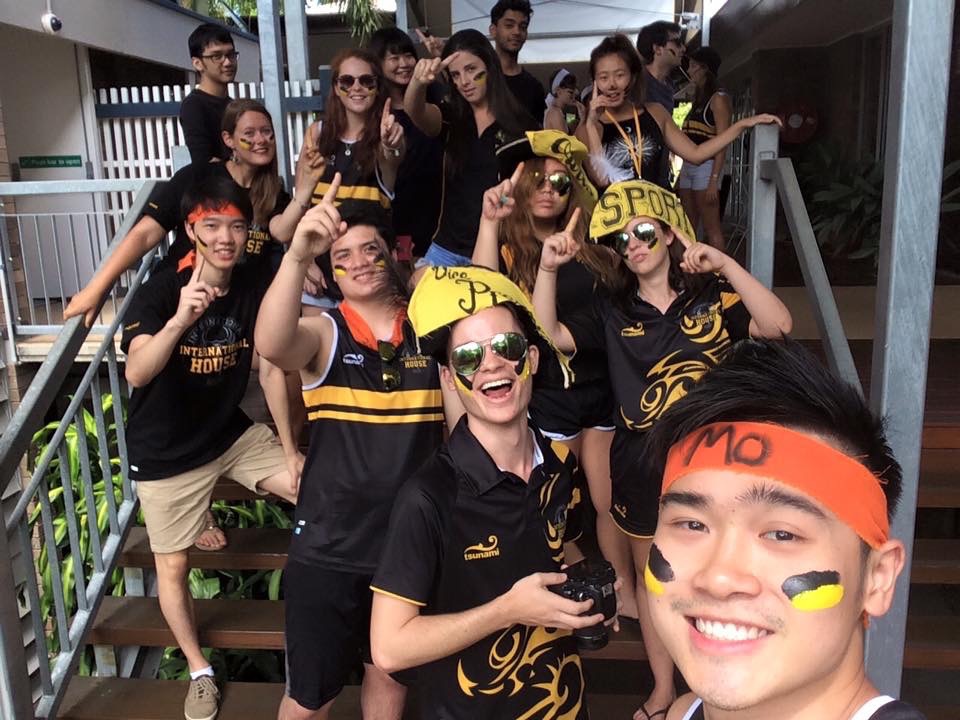 Mid week brought the first Bara Khana. Bara Khana is always one of my favourite events as everyone dresses up in formal clothing and we get really nice food (and usually free drinks, but the first Bara Khana of the term is a ‘dry’ one, so no wine for me!). This Bara Khana was lovely as they’d decorated the dining hall with flags from all around the world, which was pretty cool since we are International House! They also gave out academic awards for the last semester, and I received one having achieved a GPA of 6.25! Chuffed!

We also had a pub crawl, which was pretty good fun, but then the next morning we were up early (3.5hours of sleep later) and on the bus to Mount Coot-Tha, in order to see the sun rise behind the city. It was absolutely stunning, but I did pretty much pass out as soon as my head hit the pillow when I got back. Since we were all pretty shattered we had a kickback, where members of the college come forwards and perform (sing/dance/play an instrument) while the rest of us chill on sofas and just relax. There was a paddling pool and henna and it was such a lovely day with such a relaxed vibe, I loved it.

Sun peeping out just behind Brisbane 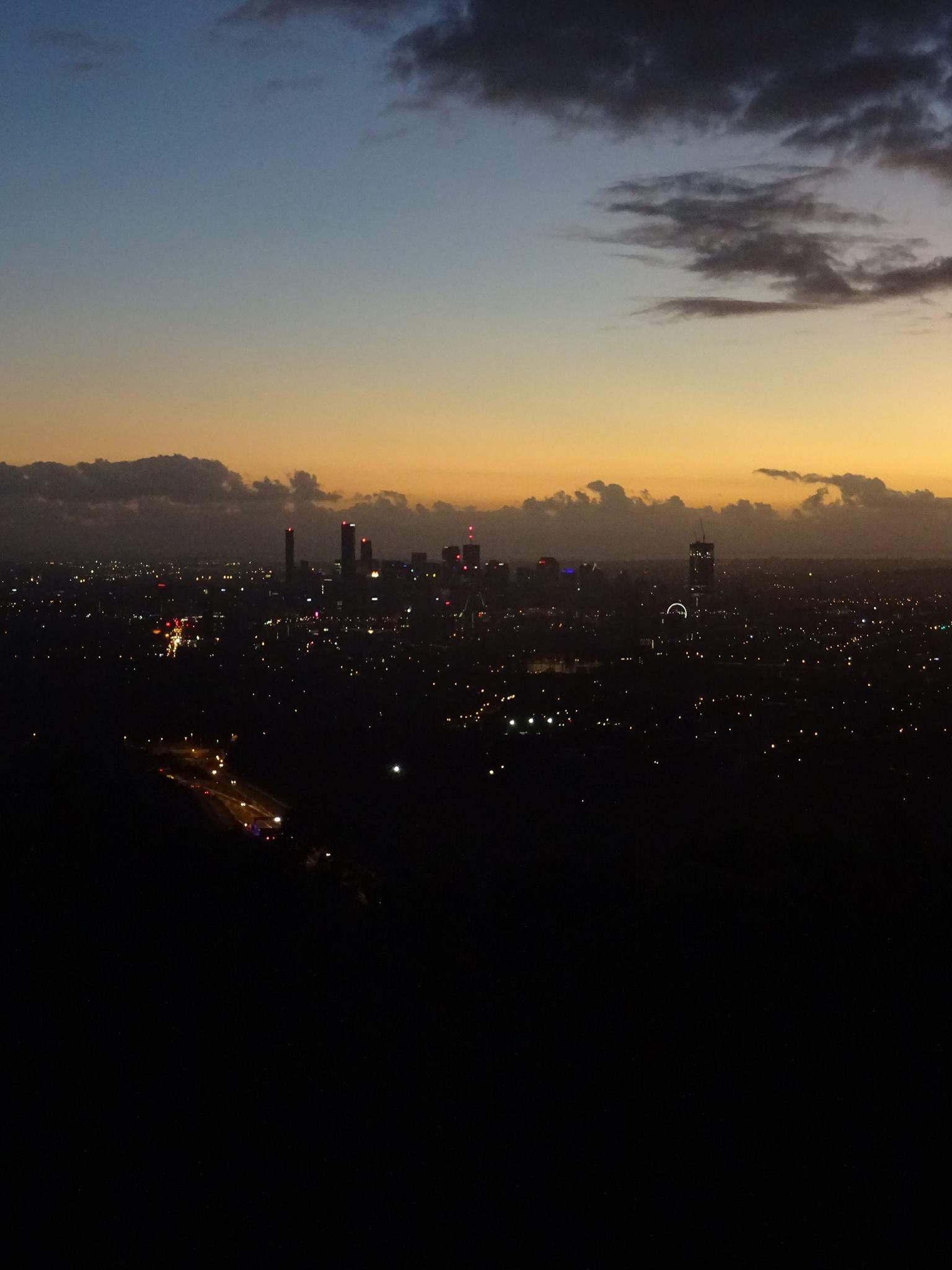 However, I’ve saved the best till last. O-week was particularly fabulous for two reasons: Dreamworld and Ignition.

Dreamworld is one of the theme parks down on the Gold Coast, so a bus took a group of us down to Gold Cost and let us loose for a day. It was so much fun going on all the rides, especially the ones that didn’t quite do what we expected! There was one ride, which went vertically up a tower after being accelerated out of the tunnel, and so we went at what we thought was the back. Until we realised that the ride went backwards, and so we were technically at the front… There was a lot of screaming! I also managed to narrowly avoid getting soaked on the rapids rides. It was such a nice day, I really, really enjoyed it. It’s reminded me of how much I actually love going to theme-parks every now and then! 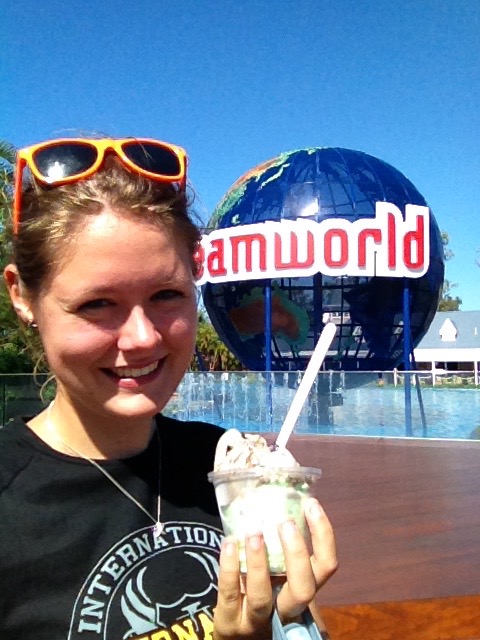 A great day out

Ignition was crazy. It was a UQ Union run party, out in the grounds by the Great courts and it was pretty much a huge neon party. I got ready with IH, getting coated in neon paint before I met up with Emily, Tom and Freddie at the event. There was a huge stage with the DJs and they would throw paint out into the crowd fairly regularly, along with these huge inflatable beach balls. The music was great, the atmosphere was incredible and everyone just had a really good time. I spent my time flitting between UK and IH friends, which was a lot of fun!

We also had brother-hood, which is the ‘induction’ I guess to college, which is just a lot of silly games and team building to welcome you into the fold. Since I’d already done this once we just watched and helped aim water guns at poor unsuspecting freshers, it was a lot of fun being on the other side of it!

And that’s that, O-Week is now finished and the new semester starts tomorrow! Time to see what my new classes are like and get this final semester underway! 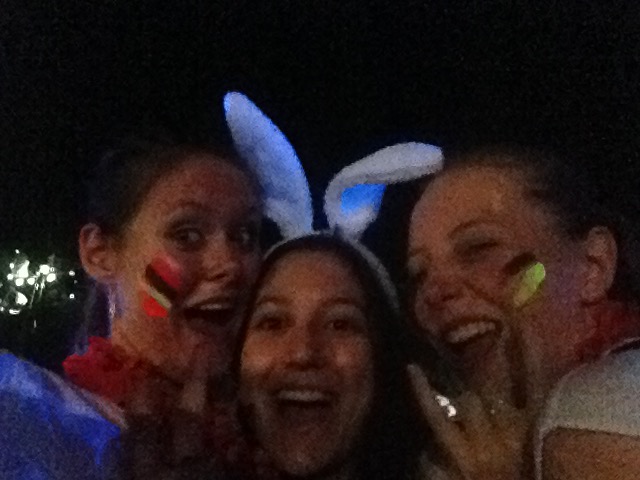 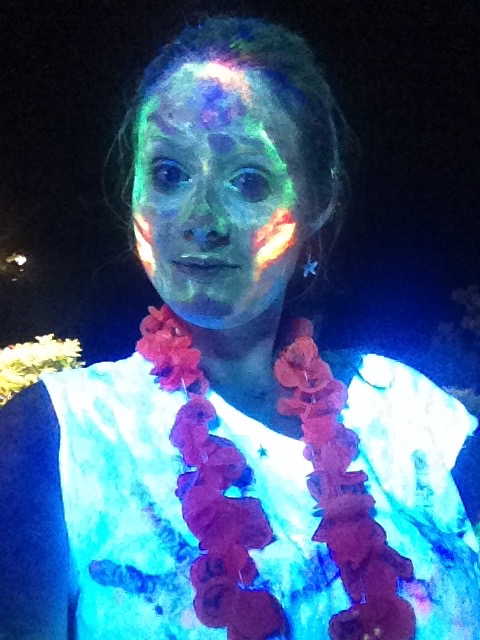 Only a little bit covered!