I have now officially been in Australia for over a week! It’s crazy, it still doesn’t feel like I’m going to be here for a year and yet I already feel like I’ve been here for ages! 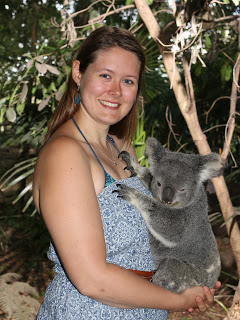 Brisbane is great! I was a bit worried that I wouldn’t like living in a city, but the campus is removed enough that it doesn’t have the city vibe. Instead, with the grassy courts and lakes it actually feels quite a lot like the campus back home! There’s also tonnes to do and we’ve done barely any of it so the year should keep me very busy. So far we’ve been to a market festival (great food!), South bank (which is a beach built in the middle of the city, kinda crazy but pretty amazing!) and the Lone Pine Koala sanctuary (Which was amazing! Birds, Koalas, Kangaroos, Tasmanian Devils, you name it! And fairly easy to get to too!). It’s been a whirlwind but it is great fun to explore all the new places. And the lingo! The stereotype is correct, there is a lot of abbreviating words in Australia!

On the other side from the fun and games that is moving to a new country, this week has been mostly orientation sessions. ‘Safety in down under’ was a little terrifying as the message was basically ‘Run, everything wants to kill you’, but it should be okay. As of yet there have been no snakes or spiders lurking around so I’m happy! Carrying on with the slightly scary front, there are plaques on campus showing the flood levels from 2001 and 1974, they’re insanely high! At least I’ll be safe in my tower! 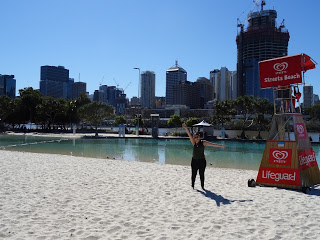 There’s also been a lot of organisation of modules! I have come to the realisation that 4 level three courses may be a bit much when settling into a new country too, so I’ve dropped one in favour for a level two course with a lot of trips! It’ll mean I get to see more of Australia which is great!

It’s a little bizarre getting used to the time difference to talk to people back home, but I’m working on it! It feels wrong to be tired and yawning my head off when people are just waking up and full of energy!