On Thursday I had an 8am practical where we were checking the ‘small mammal’ traps we had set the night before. We had to identify the species, gender and then weigh them before releasing them back into the wild. This was great fun, and really interesting, but I was terrified of hurting the mice, they were so little! The group before us had marked some, so if they had marks on we recorded this too and then this could be used to calculate an estimate of the population size – capture mark recapture! 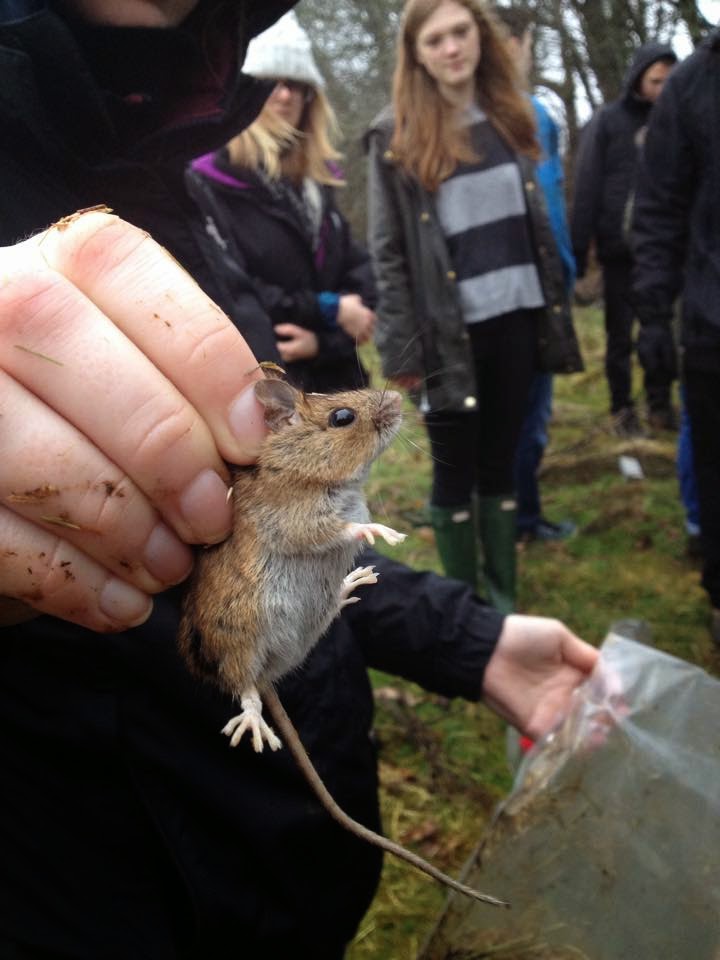 They were really cute but so, so tiny!

On Thursday evening we were fortunate enough to have Gordon Buchanan come into Uni to give us a condensed version of his tour-talk. Gordon is a wildlife cameraman, but he’s done some crazy cool stuff and listening to him talk and seeing the photos of the places he’d been made me want to drop everything and go on an adventure somewhere! It was a really motivational evening and it was another event that signalled that I am doing the right course.

I think inspiration is one of the most important things, as that gives you motivation. Seeing these documentaries and getting all fascinated and intrigued again has put me back into the shoes of my fourteen-year-old-self, fascinated by the oceans and desperate to get in there and explore. Recently I had been dragging my feet a bit, assignments were a chore, some of my modules haven’t been all that I expected them to be and I felt like I wasn’t really doing what I was supposed to be doing.  But with a few deep breaths and a good expedition documentary or two later I feel like I’m back in the game and raring to go. Exploration and research is always what I’ve wanted to do and this week has reminded me of that fact!