Down in the deep blue sea

The last week has been hectic to say the least! It has been great fun though, this is the summer I envisaged post-exams and pre-moving-out!

Thursday brought our long awaited house-party that we’d been planning for over a month. We decorated, warned the neighbours and then the wait was on. Overall I think it was a success, everyone seemed to have fun, no-one was sick, nothing got broken and apparently the neighbours barely heard us which is a win all round. At around 11:30 we kicked everyone out and ushered them all into town, heading straight for the club in town. 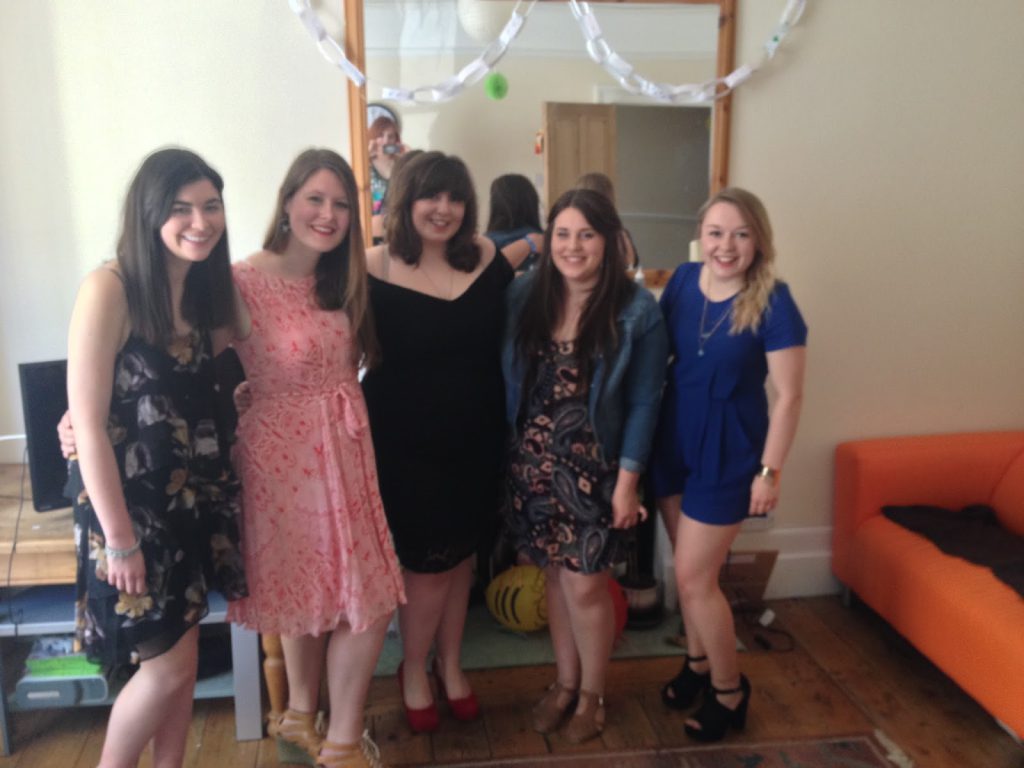 The house all pretty for the Garden Party

I normally avoid clubs on a night out, purely because I don’t particularly enjoy clubbing (can’t talk and no personal space – no thanks!), but on Thursday everyone was out and it was great fun. I think the longer I’m away from clubbing the more I enjoy it when I do go. So yeah, Thursday evening was a great success. You can’t be a student and not have at least one house-party! 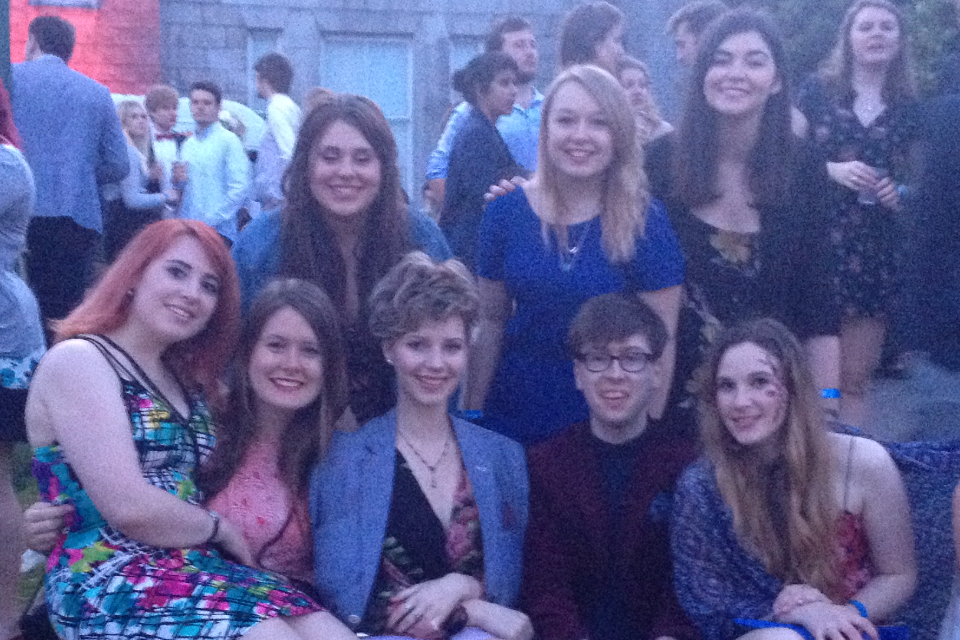 On Saturday evening it was the university Garden Party, which is one of my favourite events of the year. Despite being a little bit on the expensive side it’s well worth it as everyone is dressed up, the Italian gardens are covered in stalls for Pimms, food and face paint and the lawn sprouts a stage with a live band and hay-bales with fireworks once the sun sets. There was also a helter-skelter and a ghost train which were a great source of amusement. After the fireworks we were all ushered into the stannary for the usual club night. It didn’t have the same overall vibe as last year, which was absolutely fantastic, but it was still up there as one of my favourite events this year, only topped by our house party and the Snowball at Christmas time.

Then, Monday through to today I have been in Newquay getting my diving done. Monday the dives were running late and the weather was pants so I just popped in for a pleasure dive in the evening, which was lovely. Tuesday and Wednesday were devoted to the Stress and Rescue course. It was great fun running through the practice scenarios, and here’s hoping I’ll never need to use these skills, 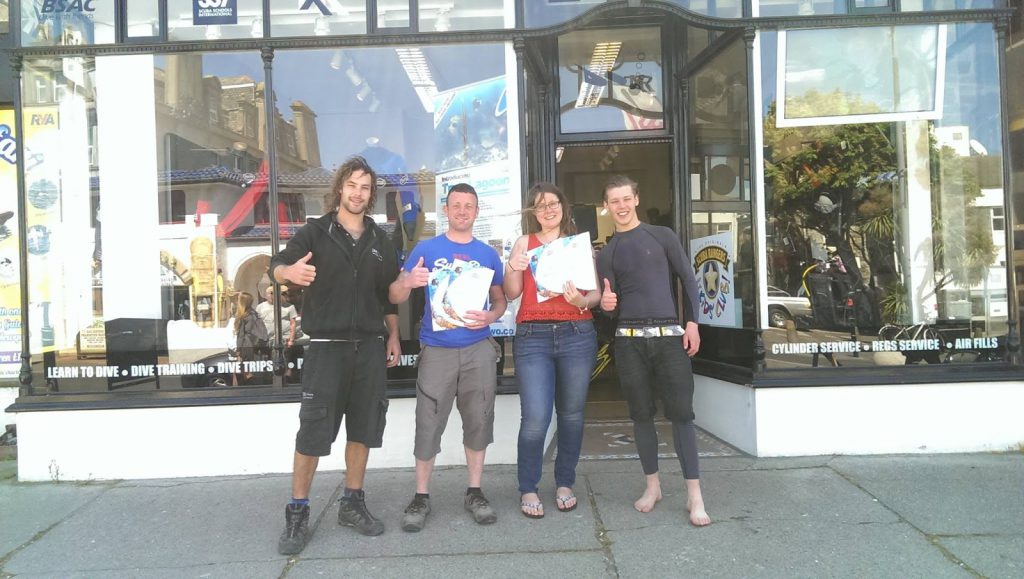 but it’s good that I know them just incase. The last dive was hilarious as the two instructors kept throwing their kit away or undoing all the straps so we had to do it all back up or help them sort it out. It’s quite hard to do that all underwater when you have the giggles.

Then today I finally got the second deep dive out of the way! Only one more to go now, which I will be doing next week as I am busy over the next few days! The deep dive was amazing, mostly for the cat shark and jellyfish, but it was also quite cool to have the knowledge that I was 27m below the surface! Since it was a lovely day (and they were going regardless of whether I did) we moseyed on to another reef and whilst the instructors took a few students off to do some training dives, the remaining four of us went on a nice swim around, seeing some huge barrel jelly-fish, camouflaged crabs and lots of iddy-diddy jellyfish that were quite cute (Dad would have hated them!). 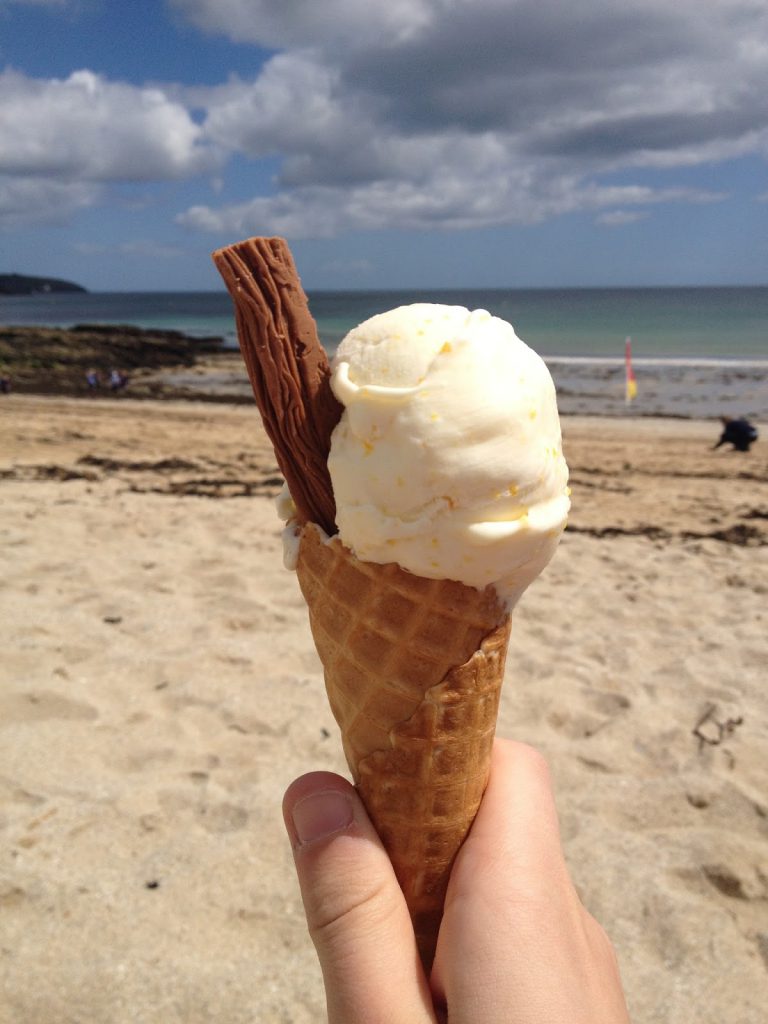 So lots and lots of diving this week, and that has resulted in me being absolutely knackered, as each trip to Newquay and back involves at least 4 hours of travelling. However it has been totally worth it! One dive left and I’ve finished all the courses I’d signed up for!

Aside from all the fun summer stuff, my year abroad is finally coming together! This week I paid the upfront fees for my accommodation, so that’s all settled, I’ve started enrolling on my courses and I have now booked my flights!

On Wednesday evening three of us got together and booked the same flights, so hopefully we’ll get to sit together! We’re definitely sitting together on the first 7hour bit, but the 16hour leg isn’t bookable until 24hrs before hand!