This mid semester started off with a bang! Tom, Emily, Freddie and myself went over to Stradbroke Island for the day and had an absolute whale of a time! We did the Point Lookout/Gorge walk, saw dolphins and turtles and the views in general were stunning. Then we headed down to Cylinder beach and had a swim and a sunbathe, soaking in the Australian sun before it starts cooling down again! 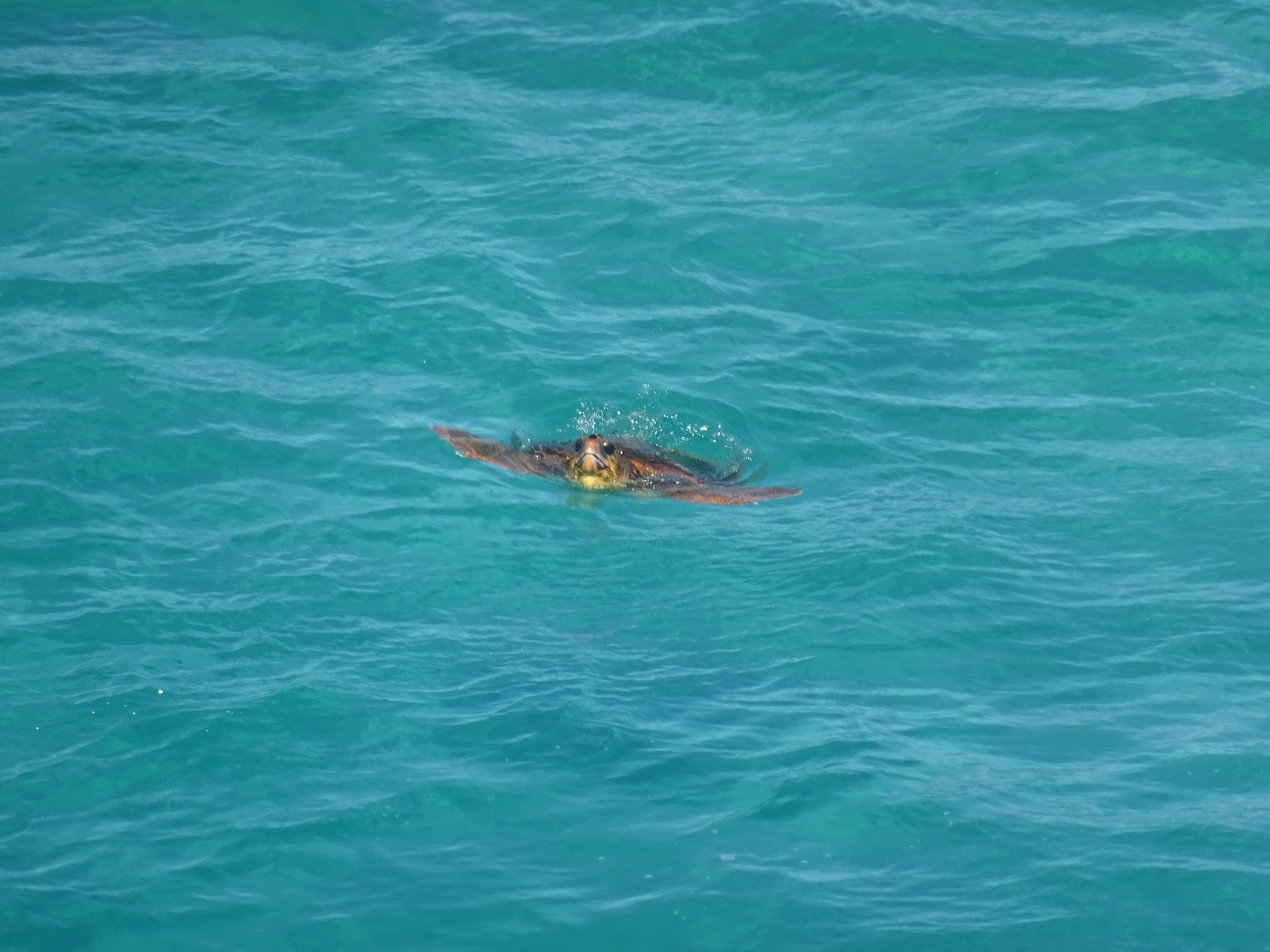 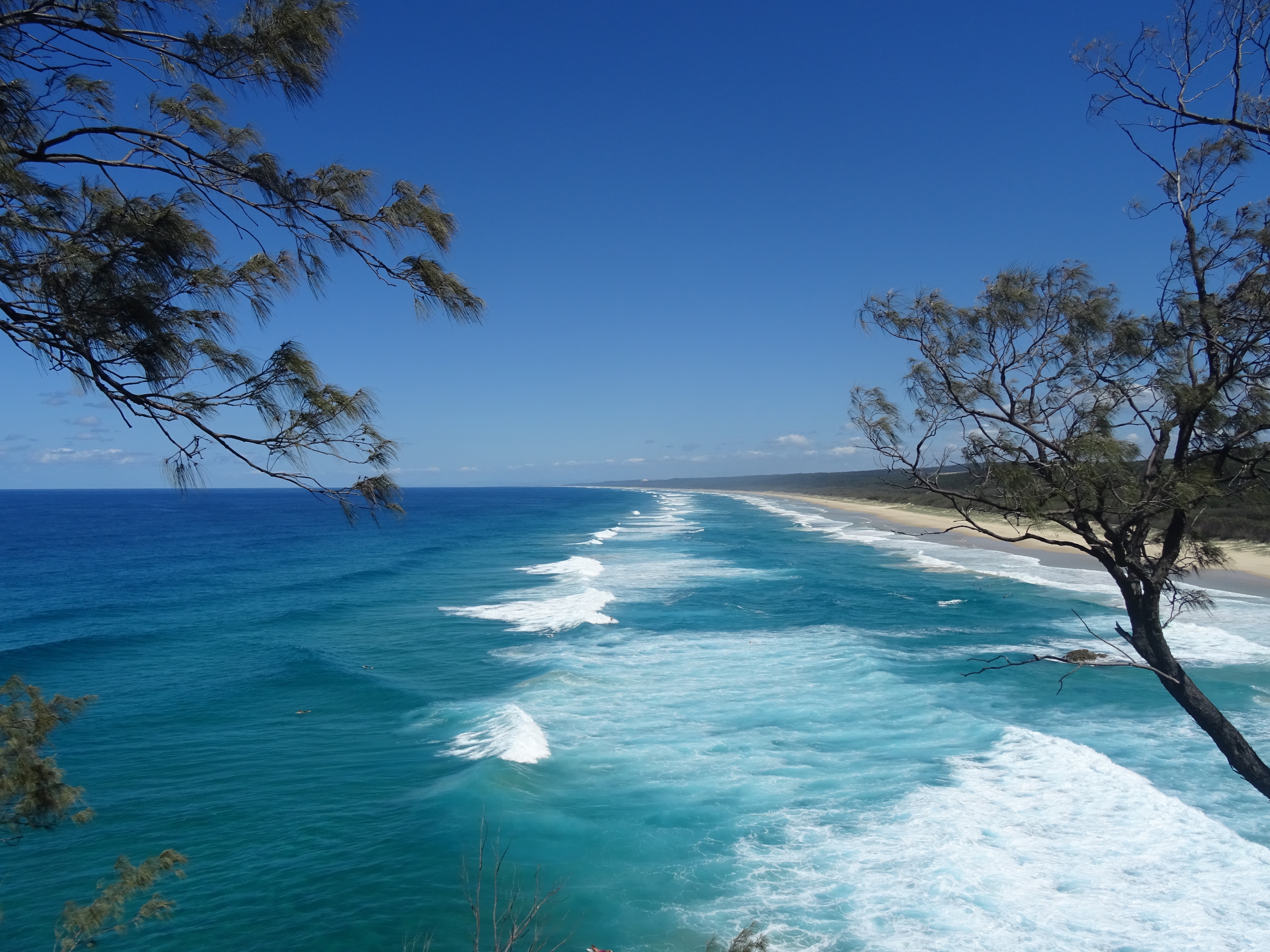 This island is stupidly beautiful

We also had a lot of fun sand-boarding! We’d booked onto a 2.5hr sand-boarding trip and turns out no-one else turned up, so it was just us four having an absolute blast! I was a little wobbly, but I could do it at least! It was so much fun shooting down the sand-dunes on the boards, but I am honestly a little surprised that I didn’t hurt myself somehow! It was so much fun, and I am very keen to do it again at some point! Especially since I now know I can do it! 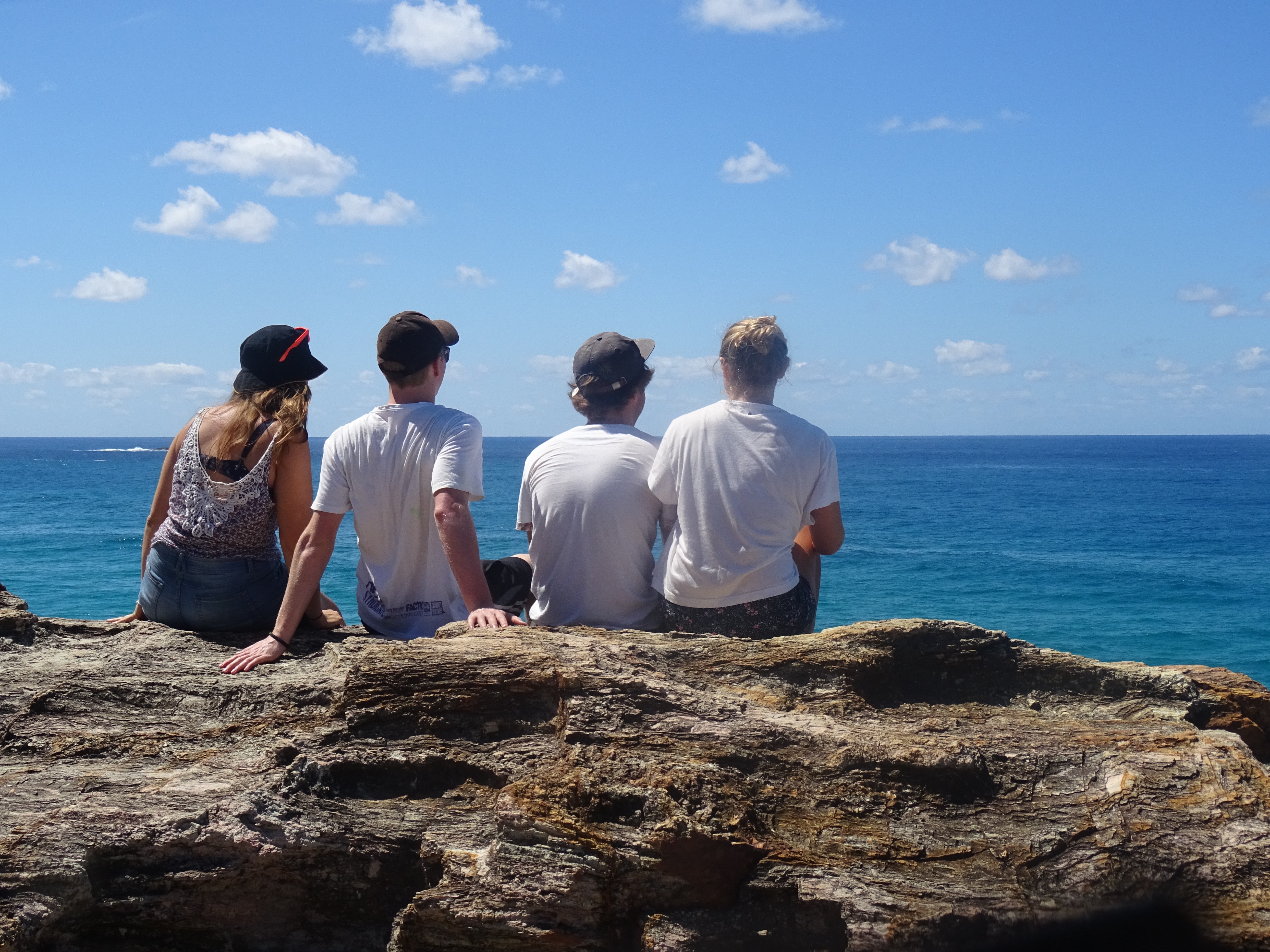 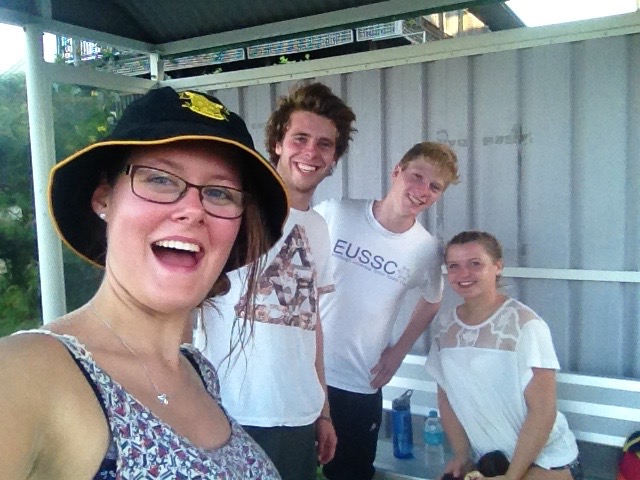 Mid semester break was mostly dedicated to getting our data for our group Animal Behaviour project. We’re looking at the hiding behaviour of fiddler crabs. Mission one – find some fiddler crabs. We went down to Lota (about an hour and a bit on the train) one day, and it wasn’t very successful as the mud-flats were super sink-y and we couldn’t find any fiddler crabs! So, that plan was a bust! The next day we decided to go to the City Botanic Gardens and see if there were any there, and there were! Even better there was a nice wall we could sit on up and away from the mud that gave us a great vantage point. Also, it’s about 40 minutes closer! So pretty much every morning for about 3 hours we went and watched crabs hide in their burrows. It got a little tedious, but it was good fun and quite interesting.

Mid semester was also very Harry Potter focussed. Myself and a few other people from college had bonded over the fact that we all loved the series, and so decided to watch all 8 of the movies (if we could). We managed films 1-4 in one day, and then decided that that was maybe enough. The other 4 films could be done another day! Myself and a few girls also decided to try and go to a Harry Potter themed market that was on in the city, but we got halfway there and were warned that the queues were immense, so we turned back around! One girl I got on with particularly well was an American exchange student, Nataly. We both loved Harry Potter and anime and got massively engrossed in a properly nerdy conversation on the way home. We decided that we’d watch the next 4 movies as and when we could since the marathon got a little much!

Tom, Emily, Freddie and I also met up for a small brunch to celebrate Easter, and we (of course) ended up playing Monopoly Deal. I seem to have lost my knack for this game as I am on a serious losing streak! Oh well, the 2016 championships will continue I’m sure, and hopefully I’ll redeem myself!

I also ended up going on an accidental Maccas (McDonalds) run with some housies. I’d gotten back to college late and couldn’t open the late-dinners fridge and was sat outside chatting when one of the girls offered to drive a group of us to get food. Naturally we all agreed and it was really great to get to know a group of people I hadn’t spent much time with before! We stayed up for ages afterwards chatting on the college plaza, it was a good day!