Sorry for the radio silence, it’s been a pretty busy fortnight, so last week completely passed me by without a chance to post! 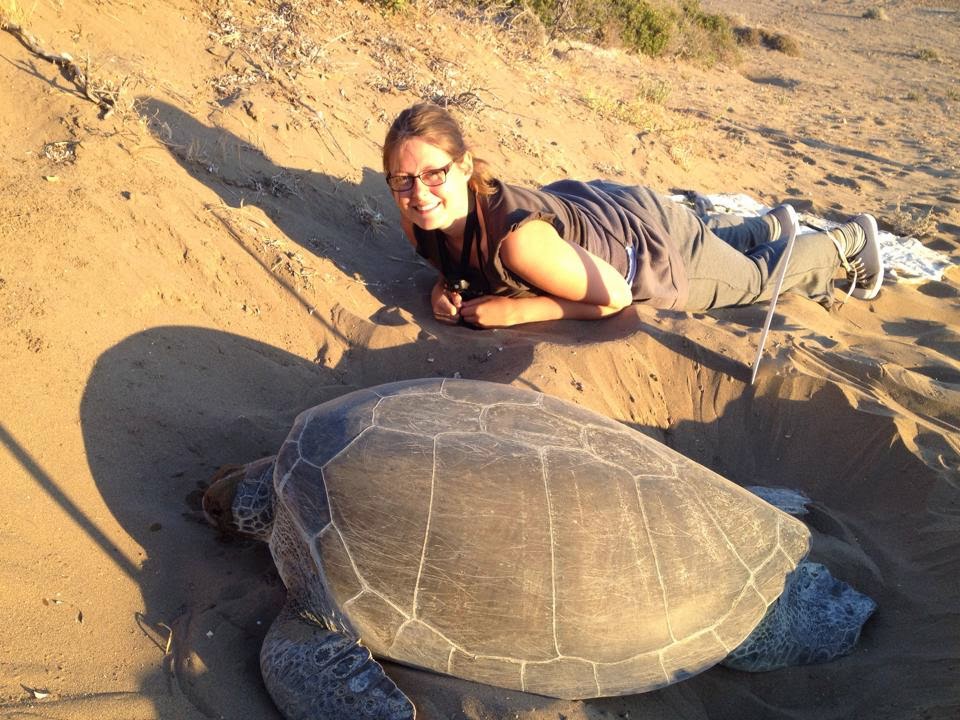 Interesting things that happened: We had the partial solar eclipse a week ago last friday which was pretty cool, we got to watch it from the lab which is glass, 4 stories up on the top of the hill, so that was pretty spectacular. Then this weekend I toodled off up to Plymouth to visit my Aunt and we had a very chilled few days, having take-away, going to the zoo, watching movies and drinking frozen cocktails. All in all it was great fun!

However, to make up for the lack of post last week and the lack of anything hugely interesting to talk about I figured it was time to talk about my trip to Northern Cyprus this past summer (2014). I spent 5 weeks in Northern Cyprus, volunteering with the Marine Turtle Conservation project on the beaches near Aligadi. It was an amazing experience and a great way to spend the summer, I got to help in collecting research, help with conservation efforts and I got lovely and tanned! 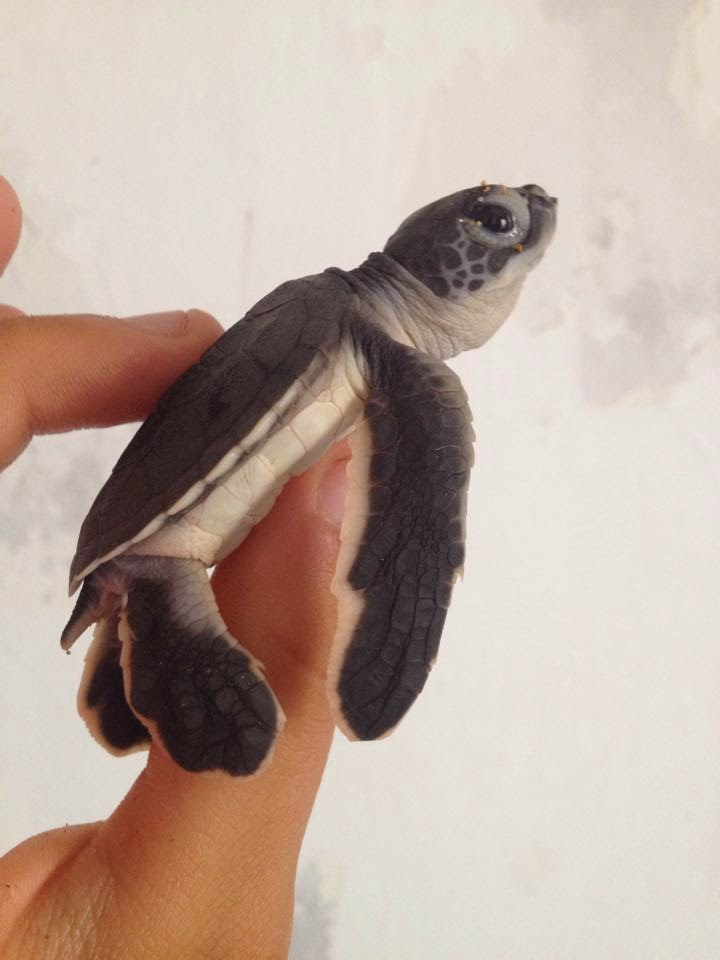 How cute are they?!

Throughout the duration of the trip we were based in a building called the ‘goat shed’, which is where we stored all our stuff and where we cooked and ate. It was basically the main base. There was also the ‘cow shed’ which was where the main office was and then ‘sleepy house’, which was a three room building with 20 odd mattresses on the floor where we crashed out after our shifts.

There were two main seasons, and I was lucky enough to be there for a bit both. Earlier in the summer was the nesting season, with the adult females, and then later on it was hatchling season.

I was only there for a little bit of the nesting season, I would have loved to be there for longer for this period, but it was still amazing. The beaches we were monitoring had to be walked consistently, with a 10 minute break at each end of the bay. If you came across turtle tracks you followed them up the beach and tracked the turtles behaviour, noting down if it just turned around, tried to dig an egg chamber or actually laid a successful nest. For all of these the timings were monitored and if possible they were scanned to get the ID of the nesting female, so we could tell if she had nested before during this season or if it was the first clutch of the season or even if she was a new turtle. This was a lot easier to do when they were laying as they didn’t move!

It was always quite exciting to get a turtle. At first, because it was a turtle, but later in the season it was more because it meant you got to sit with it and wait/record data/rest instead of walking the beach. As the turtle nested you checked the length, width and markings and then marked out the nest so that it could be caged up to prevent predation and/or getting skewered with umbrella poles.

The hatchling season worked in much the same way, you would walk the beach with ten minute breaks, but this time you would have to check on every nest that had a ring cage, which were put around the nests when they were due to hatch. Some of these nests were right up in the sand-dunes, so that was a bit of an adventure. If the nests were dipping, you paid extra attention to them that night incase they hatched. Sometimes there was an explosion of hatchlings and they were all wandering around the cage. In this instance you collected 10 in a bucket and then opened the cage and let them all run towards the sea (which was immensely cute). Sometimes there was just a head poking out of the sand or the odd hatchling roaming around the cage. In this case you sat with them for 20 minutes to wait for any more hatchlings, again taking the first 10 and releasing the rest. The 10 that were collected were weighed, measured and the number of scutes counted and then a scute sample was taken for biopsies. These were quite fiddly to do as the hatchlings could be very wriggly, but you got the hang of it after a while. 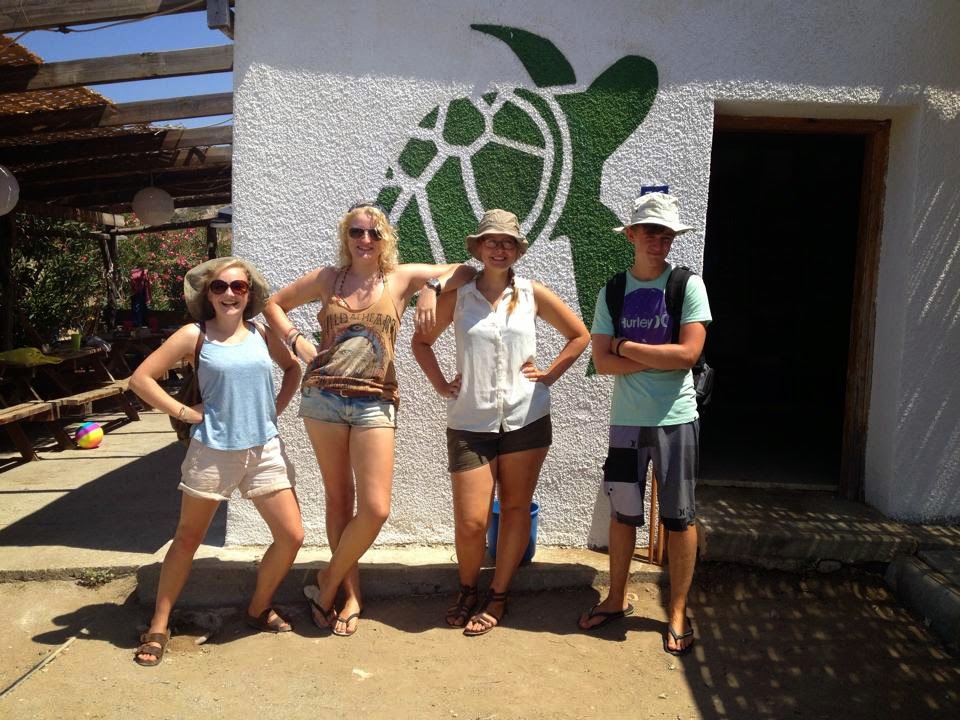 Off to see the castle

The other major part of the project was the day work, this involved getting up as the night workers were just finishing their last beach walk and excavating nests that were past the acceptable due date (meaning that they had probably failed) or nests that had hatched two days prior. A nest excavation was where you carefully removed all the eggs from the nest, recording how many fragments there were and what stages the unhatched eggs had gotten to. Partially hatched or ones that had potential hatch were buried in sand and brought back to the base. There were also sometimes hatchlings that either hadn’t quite made it to the surface yet, or had died in the sand, presumably because it had gotten too hot in the day. The live hatchlings were brought back to the main base to be weighed and measured and then these were released on bookable public releases in the evening, where members of the public could hold a hatchling and then release it, watching it waddle off to the sea. 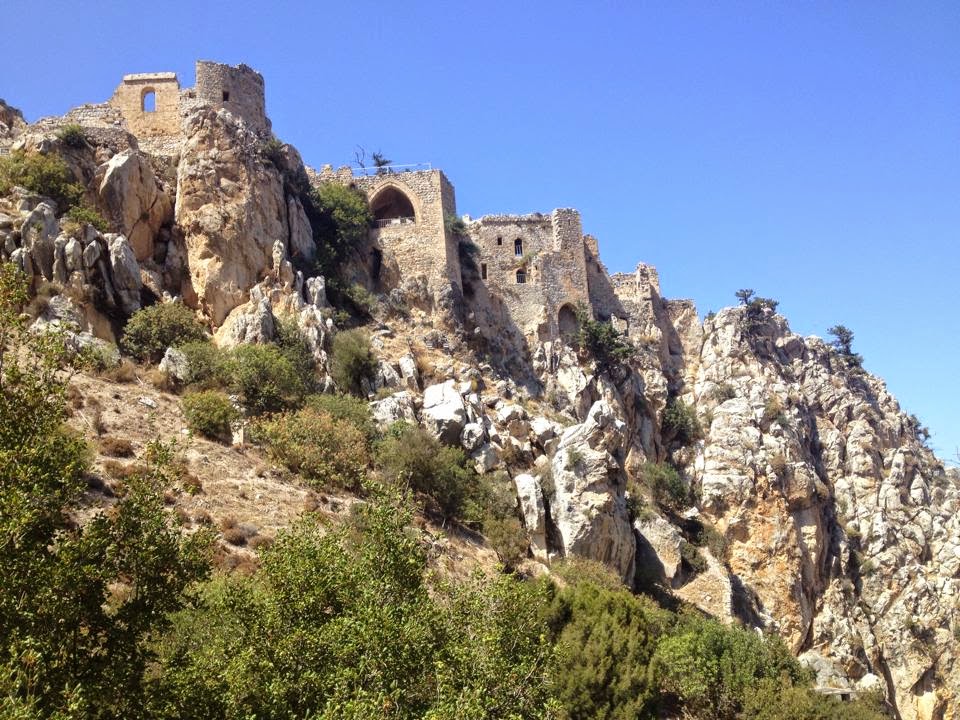 As a conservation group the turtle project were very good with answering questions from the public. There was an information centre up on the main base and a gift shop and there were events at night – during adult season small groups could come onto the beach in the hope that they could see a turtle and watch it lay its clutch, and during the hatchling season this was replaced with releases. There were also public excavations during the day in the hatchling season where a team of volunteers dug up a nest, explaining what was going on and showing what we did. If there were live hatchlings these were shown and any donations were graciously accepted! 😀

Overall it was great fun. Hard work, long hours, but an amazing experience and it felt great to be involved in such a project. I could go on and on about this project as there was so much more to it, but then this post would be ridiculously long. I am really glad I volunteered there and it was an amazing few weeks!

Also, Cyprus alone is a gorgeous place, we managed to go and see some castles and they were just spectacular!