100 Days of Summer – The Grampians (Not the ones in Scotland)

So we’d done the Great Ocean Road, but we still had a ways to go to get to Adelaide! However, we didn’t want to follow the coast up more, so we did an about turn and headed inland, towards the Grampians.

It was a lot of driving through large flat farmland (and the roads were oddly straight after hugging the coast) but soon enough the mountains appeared on our horizon. We made it to our accommodation in Halls Gap in the early afternoon, leaving us a lot of time to play with, which was fabulous. Since it was Tom’s birthday we’d agreed to get a nicer room for the night, and it was pretty swish! There was a pool outside too, which was pretty odd as you could sit there, in the pool, looking at the mountains all around us, and watch kangaroos jumping past! And there were a lot of kangaroos, they were everywhere, even the play park! 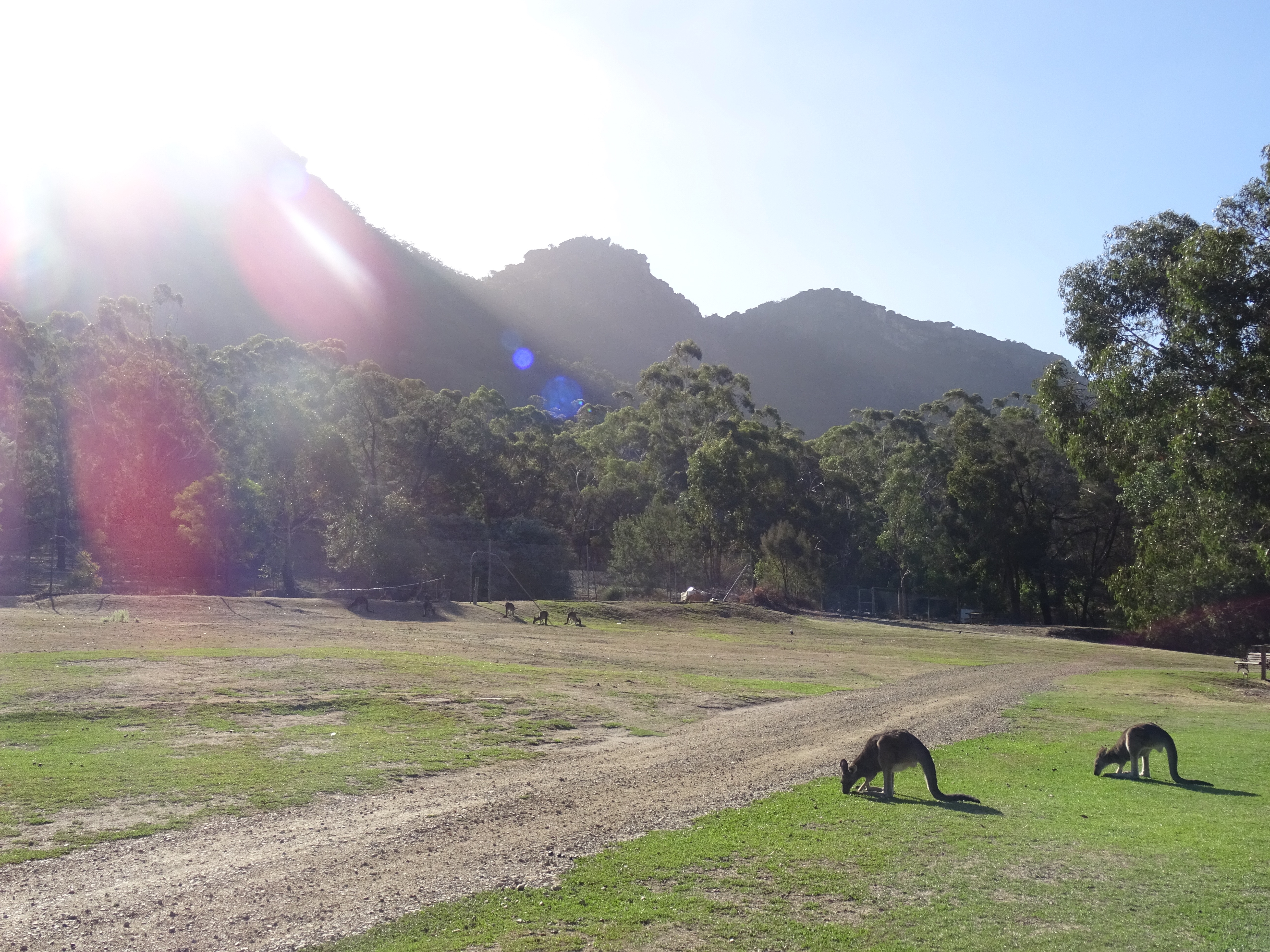 Kangaroos and Mountains. I love this country

Since the sun was about to set we decided to get up to one of the lookouts for sunset, so Freddie (our faithful driver on this trip) navigated the mountain roads up Mount Difficult (its actual name), to the Boroka Lookout. It was quite incredible. There was a fantastic view right into the valley made by the mountains and then out over the really, really flat land – pretty much the rest of Australia. It was spectacular and we had a great time taking lots of silly pictures of us posing or jumping as a silhouette and what not. 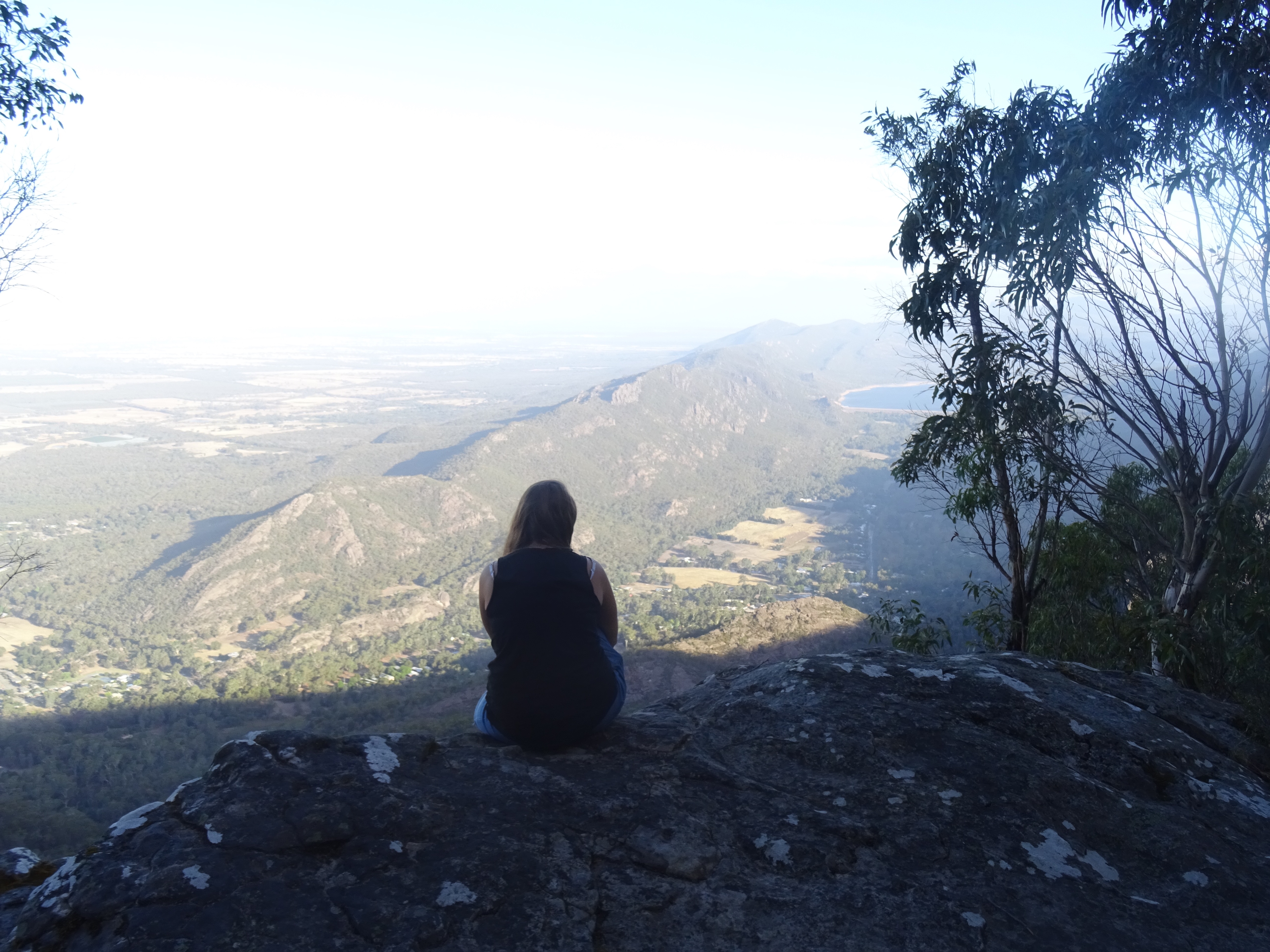 Me and a lake and some mountains 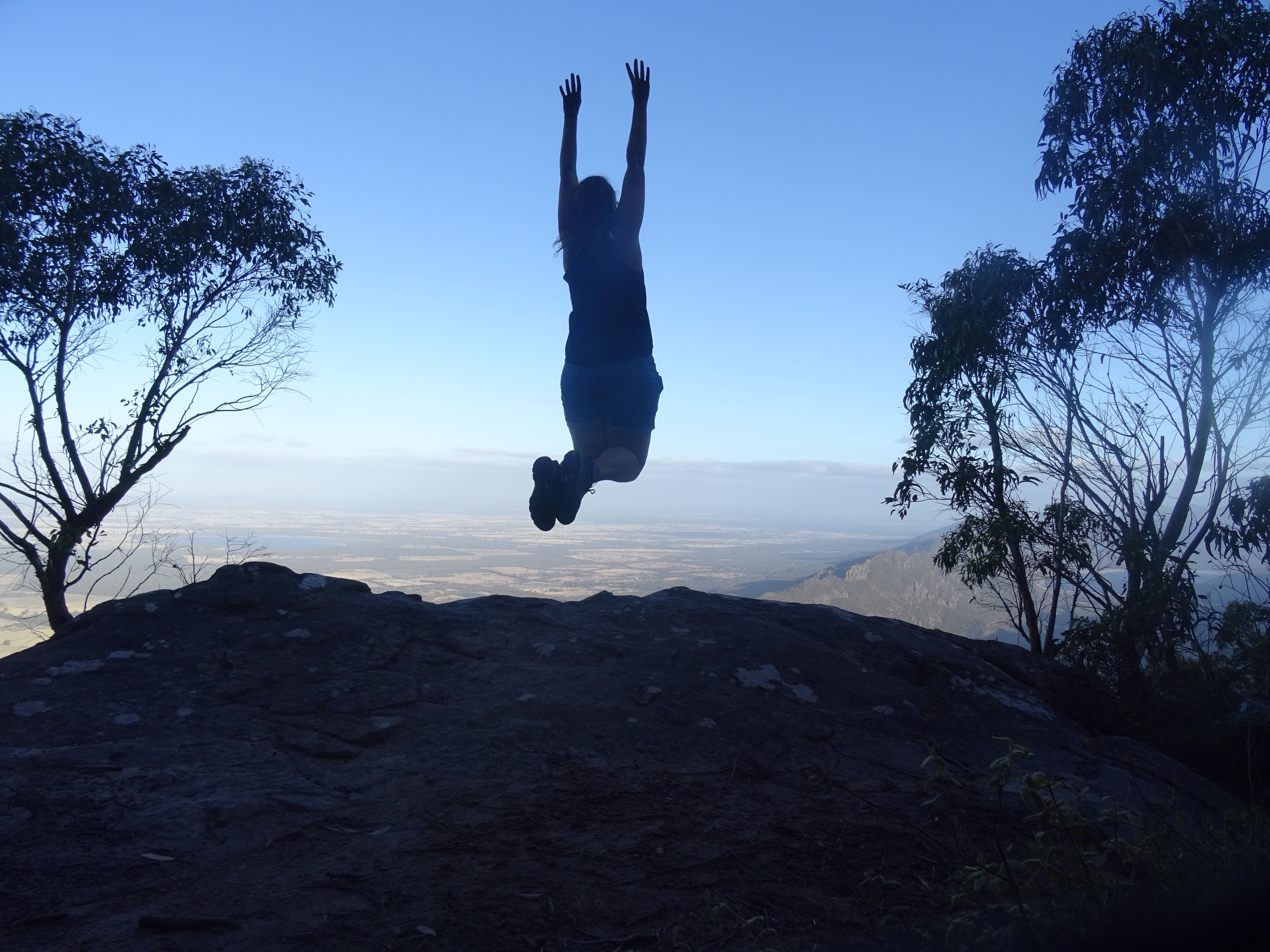 The next morning we headed for the Venus Baths, a set of pools and streams in the valley caused by the mountains. They were a little too dry to swim in, but we had fun clambering around the rocks before heading to Reids Lookout. This lookout was also pretty impressive, but I think I preferred the views from the other one! This was also made me feel a little jelly legged as it was just down, down, down from the edge, Boroka had a lot of ledges sticking out that could catch you if needs be! 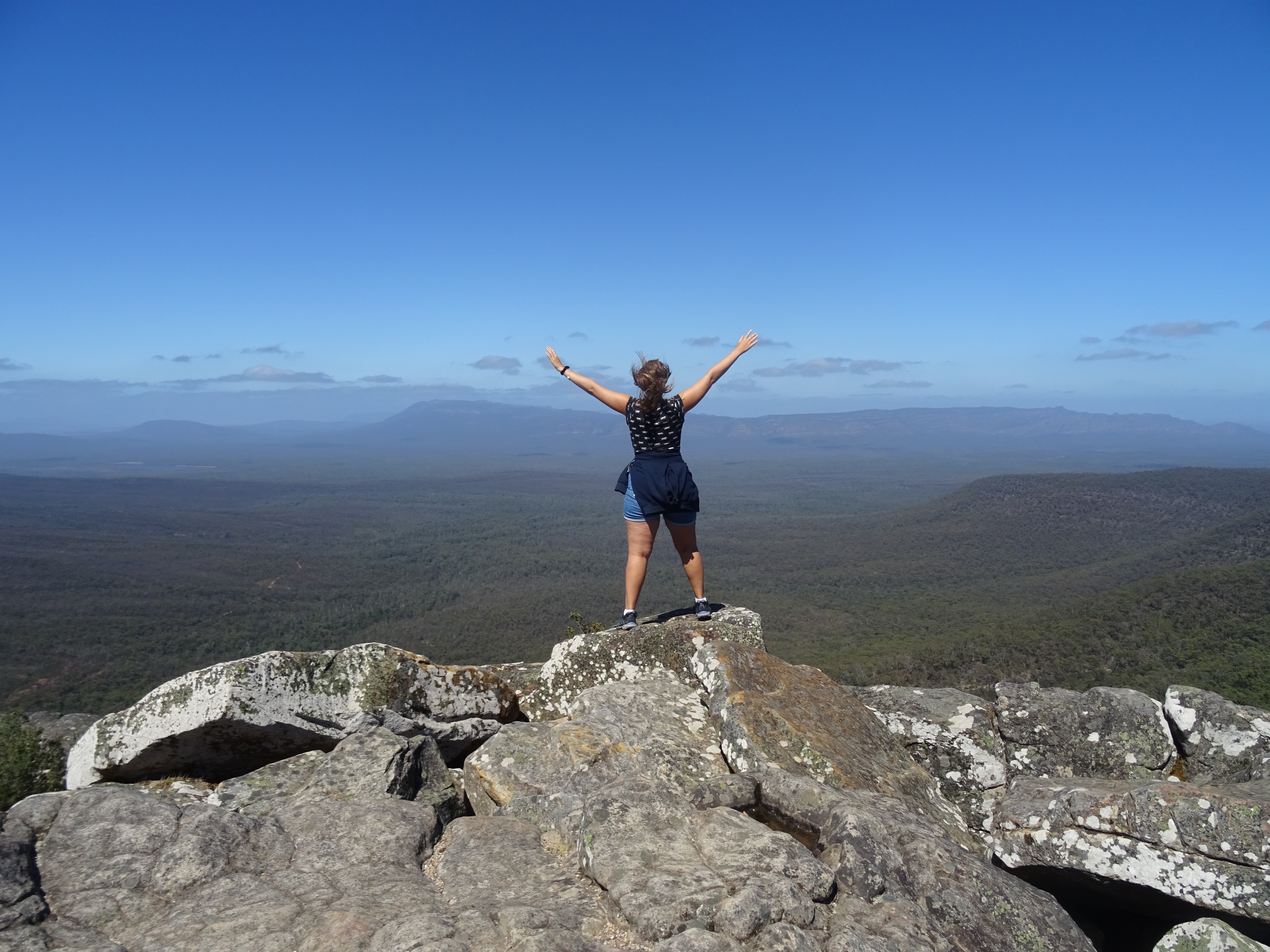 I’m on top of the world (Or at least the Grampians!) 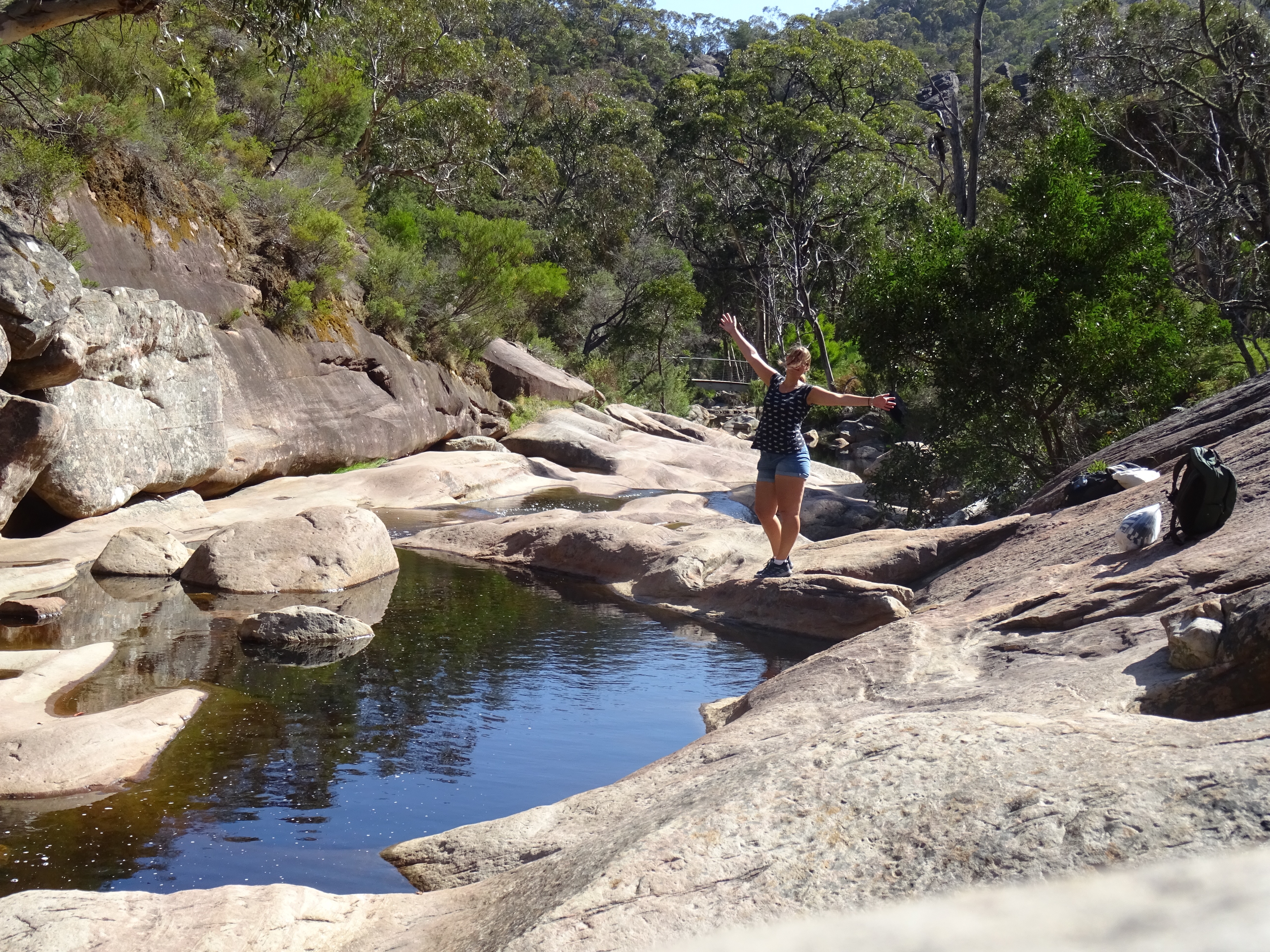 Once we were done with impressive views we decided to get on our way and head for Adelaide. However we couldn’t leave the Grampians without visiting Mackenzie Falls! Mackenzie Falls were big and impressive even during a dry spell. I’d love to see them in full force, the size of them was quite something. We went to the lookout, looking across the gorge and over the waterfall before walking down to the base. I was very impressed, I don’t think I’d been this impressed with a waterfall since Iceland, and that’s saying something! 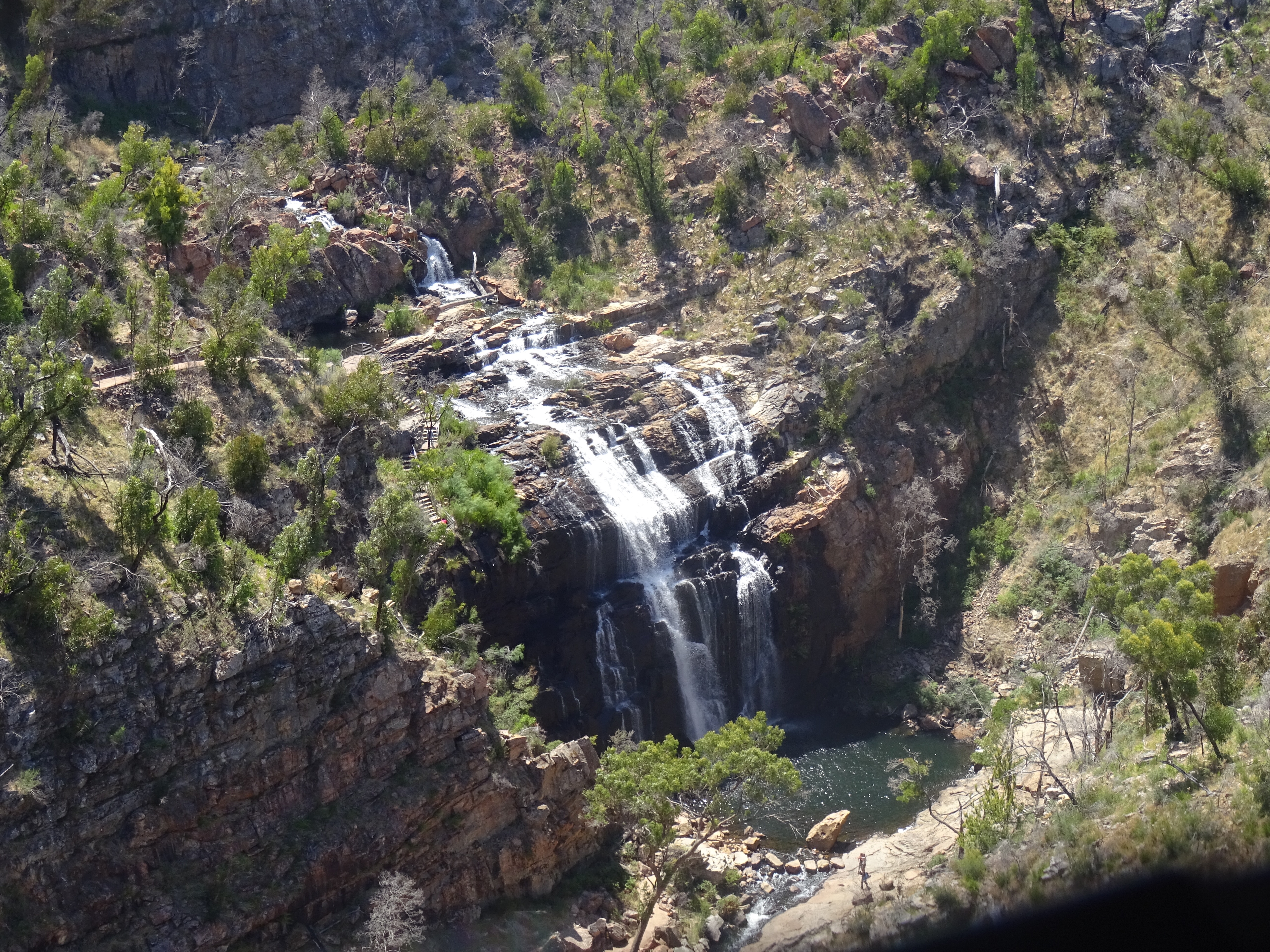 The falls from above 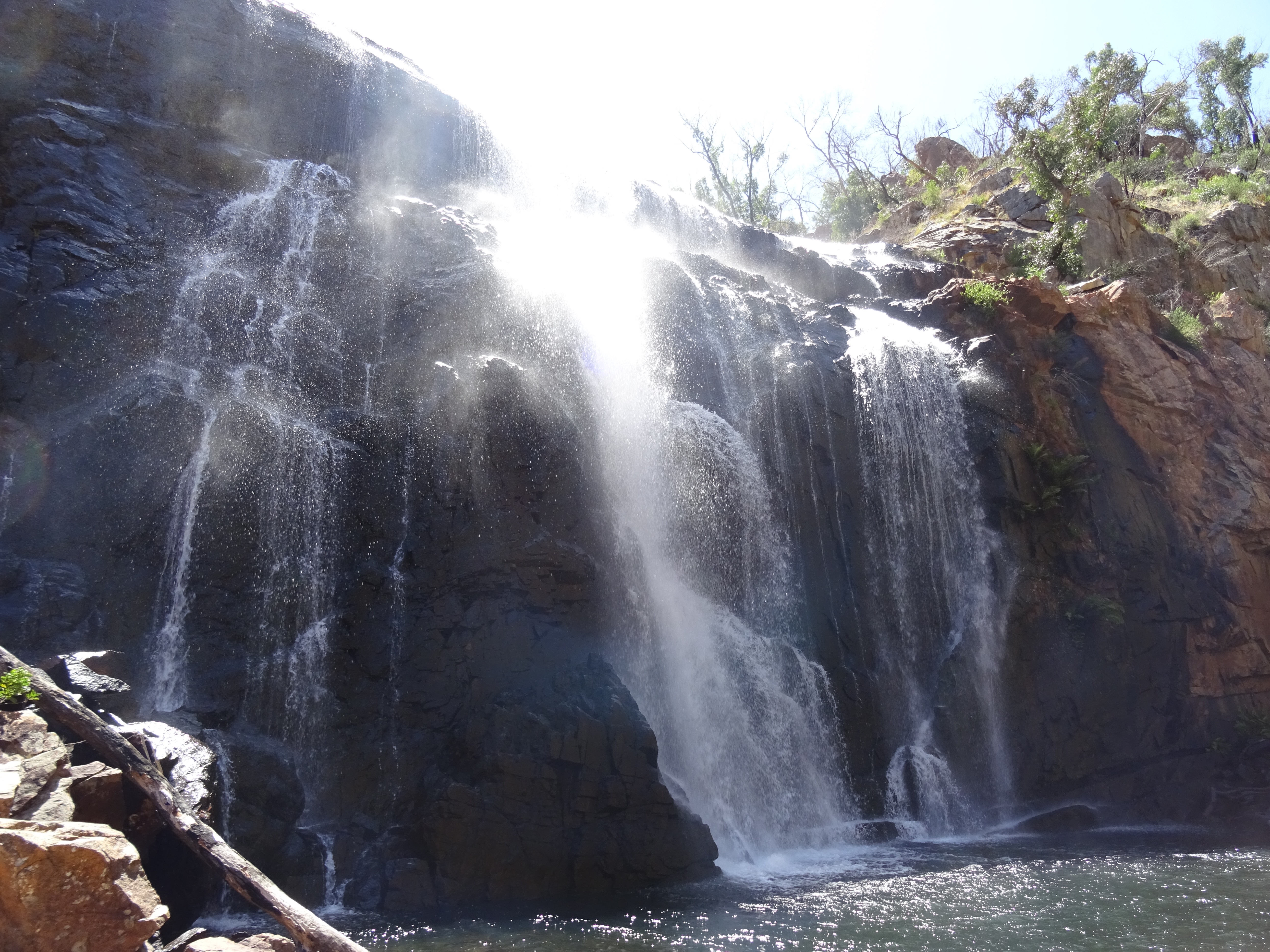 The falls from below