Having left the Grampians, the next stop was to head for Adelaide, and it was a rather long drive! There were lots of long straight roads, and the heat haze on the horizon and the road really made it feel like we were heading straight through the wilderness. We made sure to have a lot of stops, even if it just meant pulling over in a lay-by and stretching our legs. We were also well stocked up with drinks and snacks! At the cross over between South Australia and Victoria was a town called Border Town, where they had a reserve with white kangaroos! We also stopped at the Murray River since we’d learnt about it in classes and wanted to be able to say we’d been there! 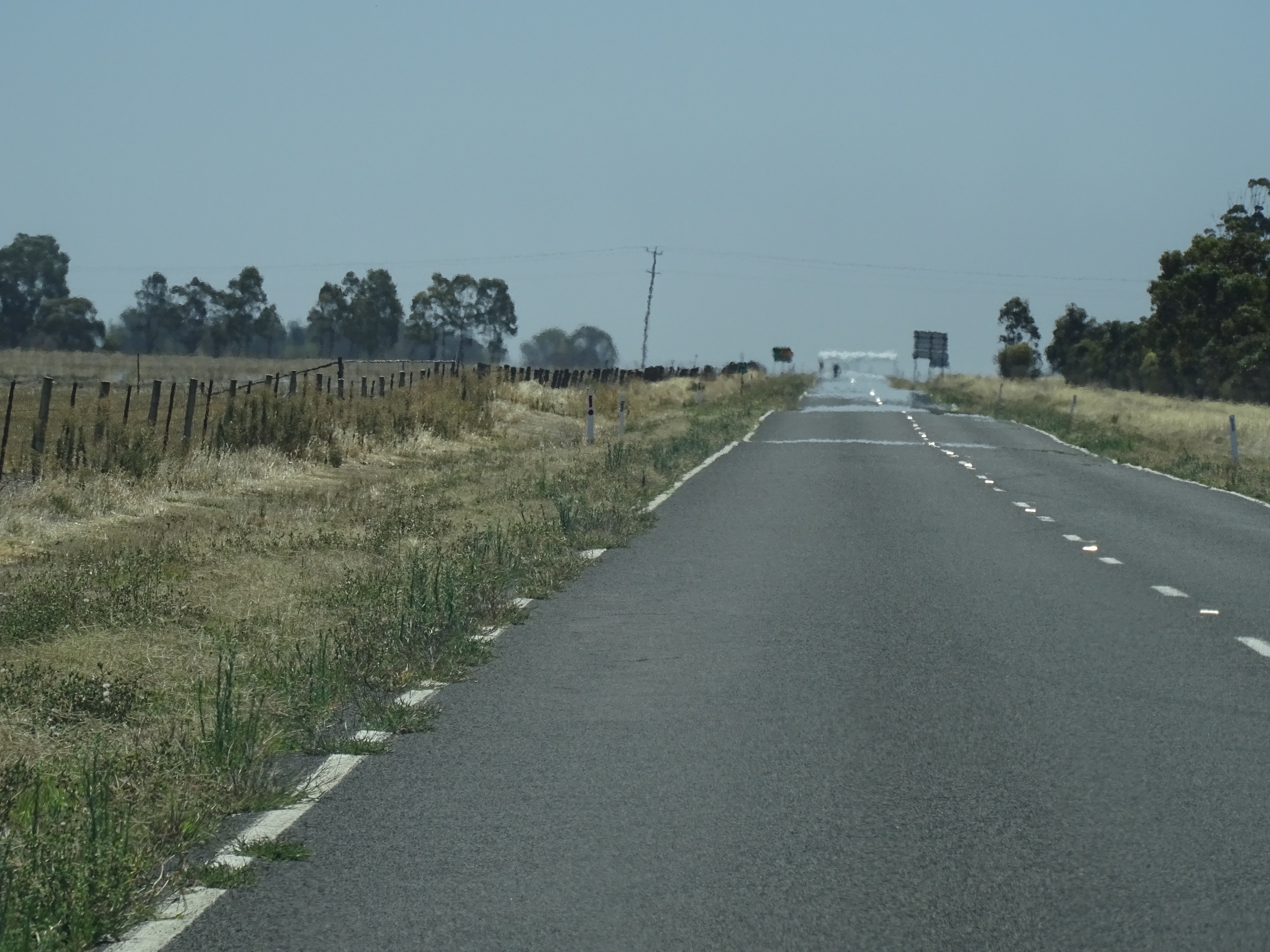 Life is a highway… 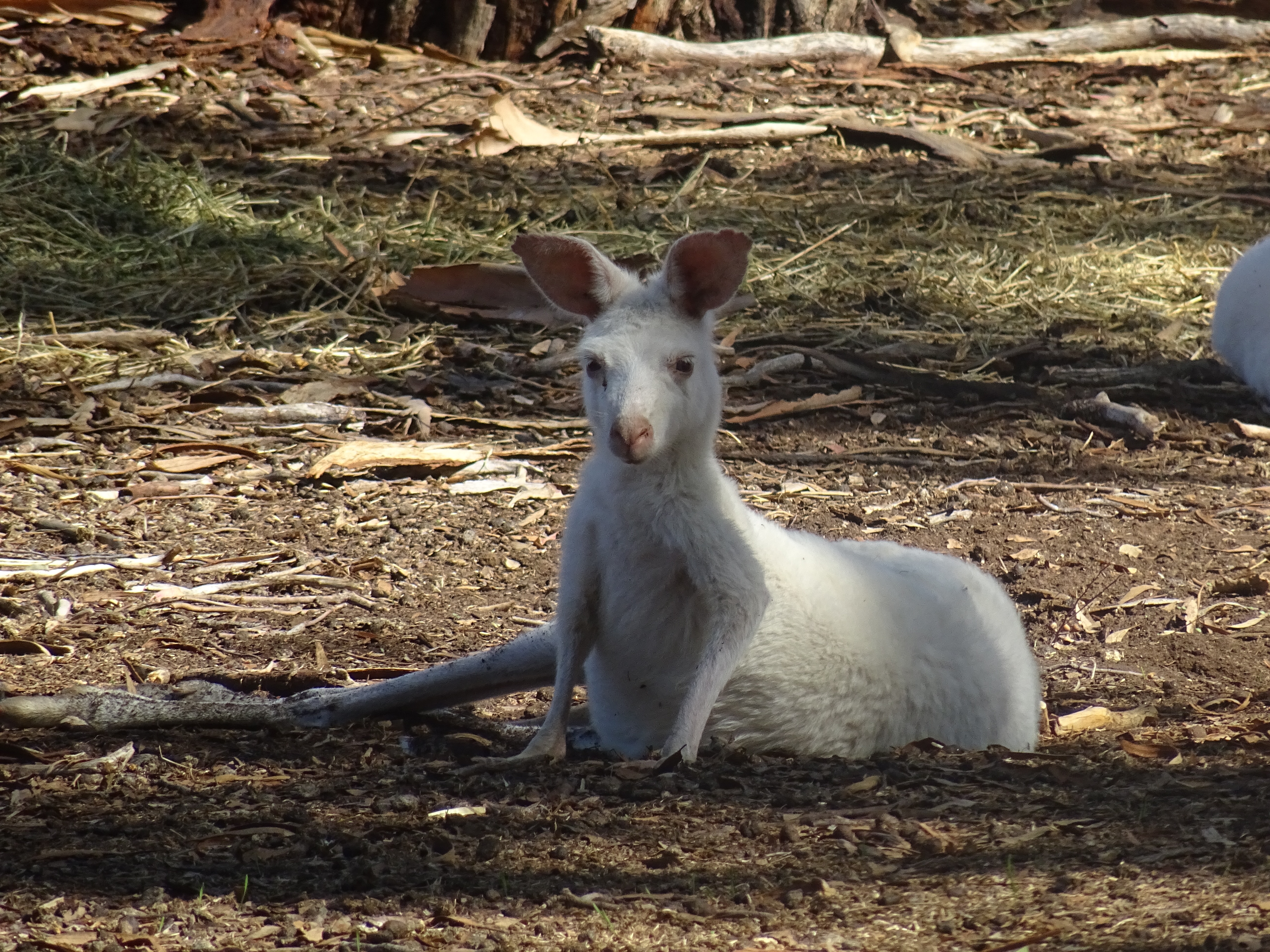 We arrived in Adelaide quite late at night into this really old hotel, which was pretty cool. It had a creaky old lift with two manual doors and the works. We grabbed a bite to eat and that was about it before we passed out for a much needed sleep.

After we’d handed in our car the next day, which was actually pretty sad, we set about exploring the city. We had a little wander through the shopping district to the Botanic Gardens, where we found a pretty neat glass-house and had a bit of a chill on one of the lawns in the sun. We also visited the markets and the beach. You had to get the tram to the beach, Glenelg, but it didn’t take too long so it was pretty convenient. 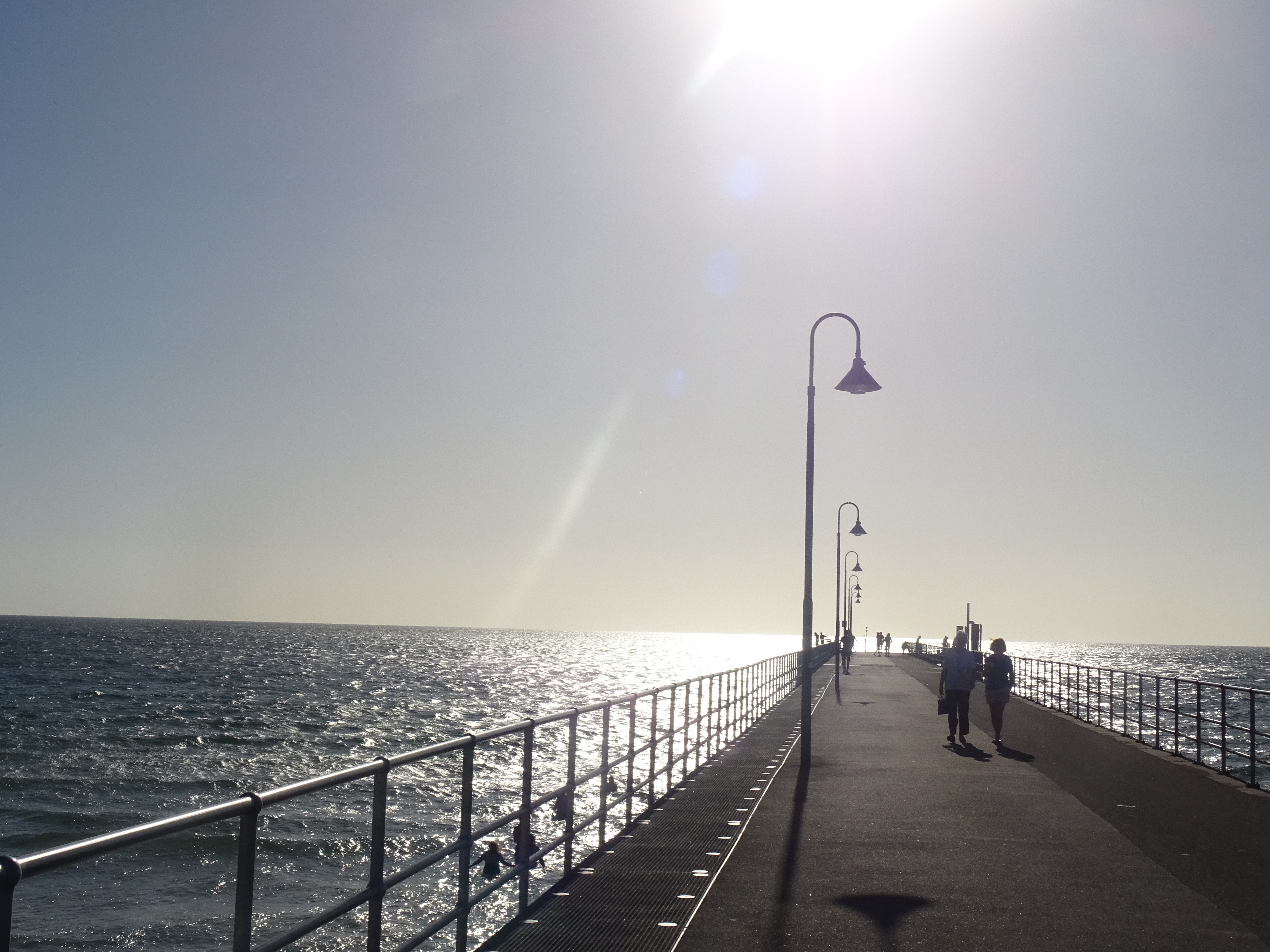 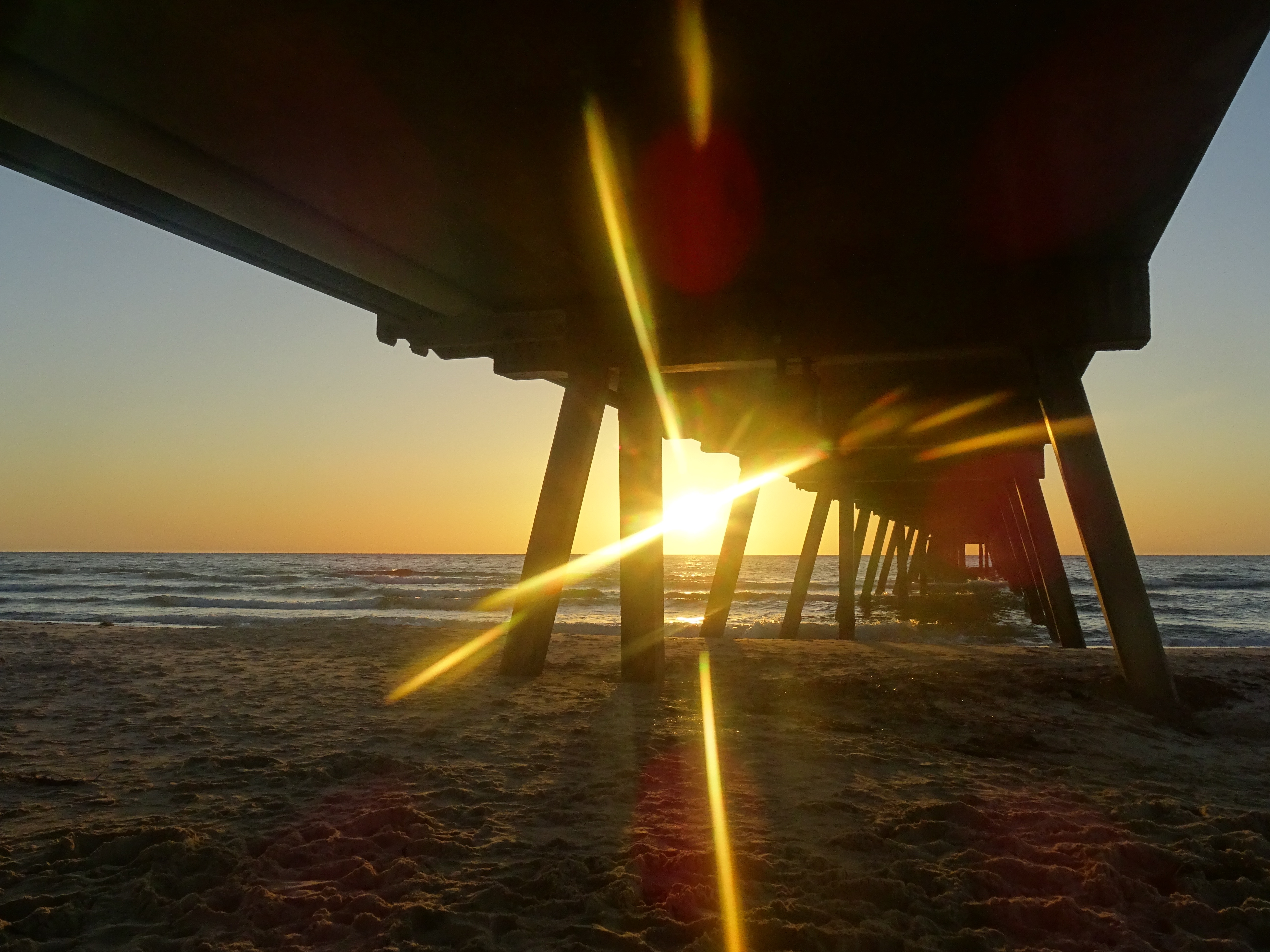 Sunset over the beach

Glenelg was pretty nice, lots of eateries, a good beach and a pier. The water was slightly warmer than at Lorne too, so I was happier about going in for a swim! We ended up going to Glenelg twice, on the first and the third (last) evening! Each time we went for a quick dip, watched the sunset over the water and had a meal out and a drink before heading back to the hotel.

It was really nice to have a few hours where we just chilled and weren’t manically running around a city trying to see everything. I think we were kind of done with cities at that point and just needed some time off to just breathe! It was a lovely place to relax though, and so easy to get to.

On our second (middle) day in Adelaide we went on a tour of Kangaroo Island. It was a 6:15 pickup, with 2 hours on the bus to get us to the coast and then 45 minutes on the ferry! However, it was totally worth it as we got to see tonnes. First stop was the beach where we got to see a load of Australian sea lions all sleeping on the sand, often in little groups. There was the odd energetic seal making its way down to the sea, put pretty much they were all dozing and it was very cute! 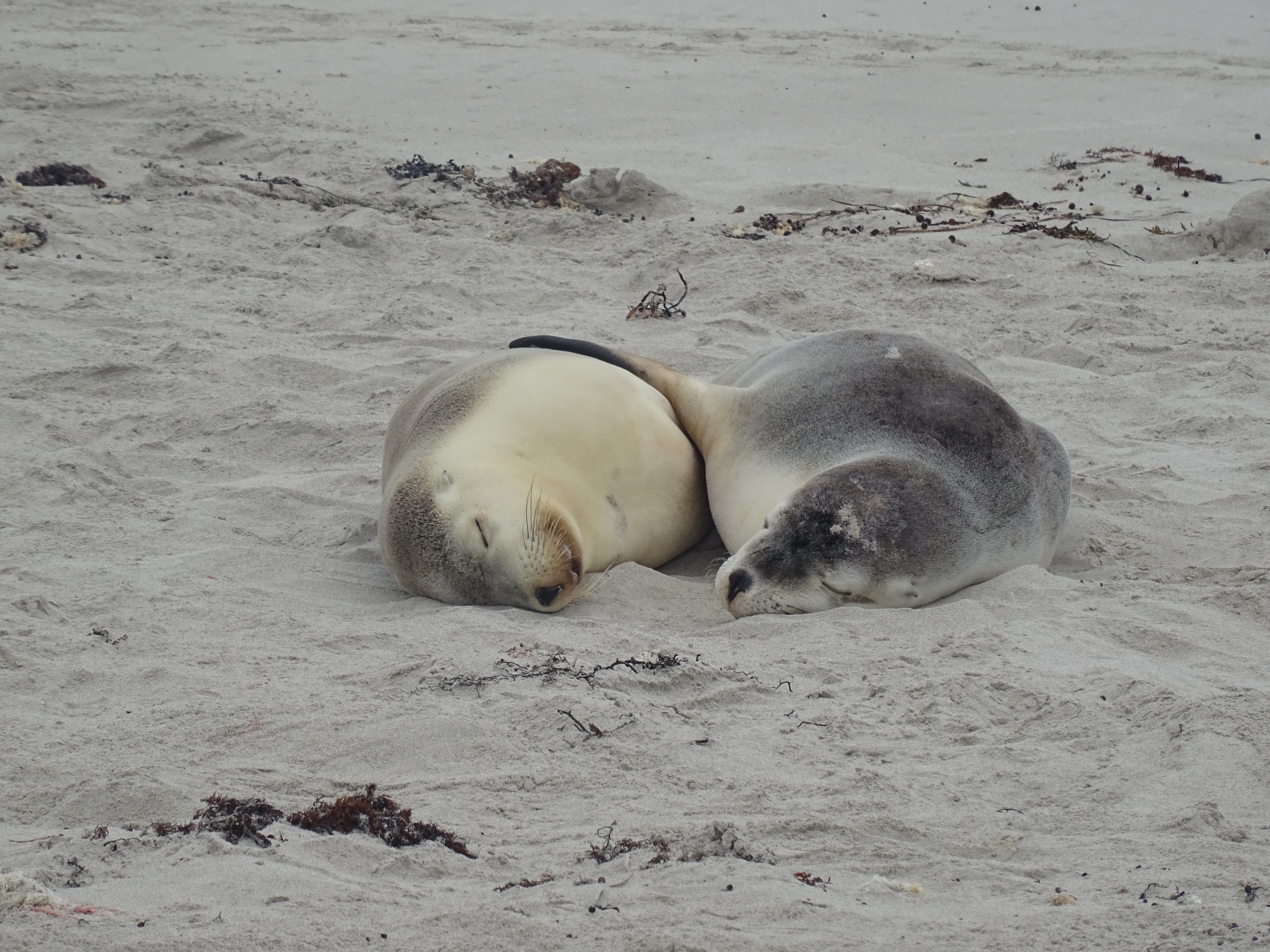 Sea lions having a ‘hug’ on the beach 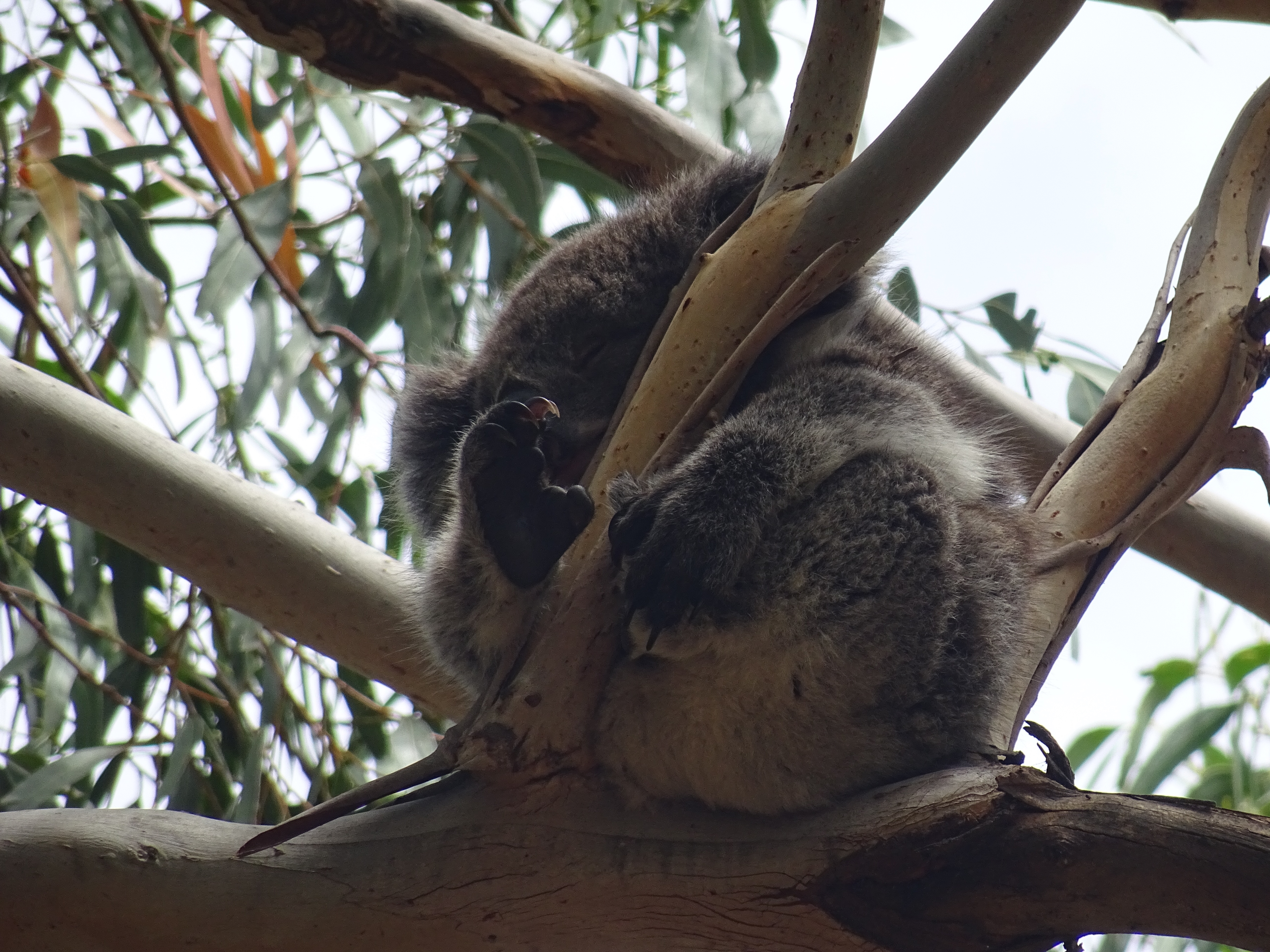 We also went to Flinders Chase National Park, where we saw the Remarkable Rocks (some rocks made into funky shapes by erosion), the lighthouse and Admirals Arch. At Admirals Arch we also saw some Australian fur seals which was pretty neat. There were some pups playing around on the rocks and they were super cute! We also went to a wildlife park whilst on the island and I got too see the most energetic koala I’d ever seen – he actually moved quite fast! There was also a baby koala and it was just the cutest little ball of fluff! So tiny! 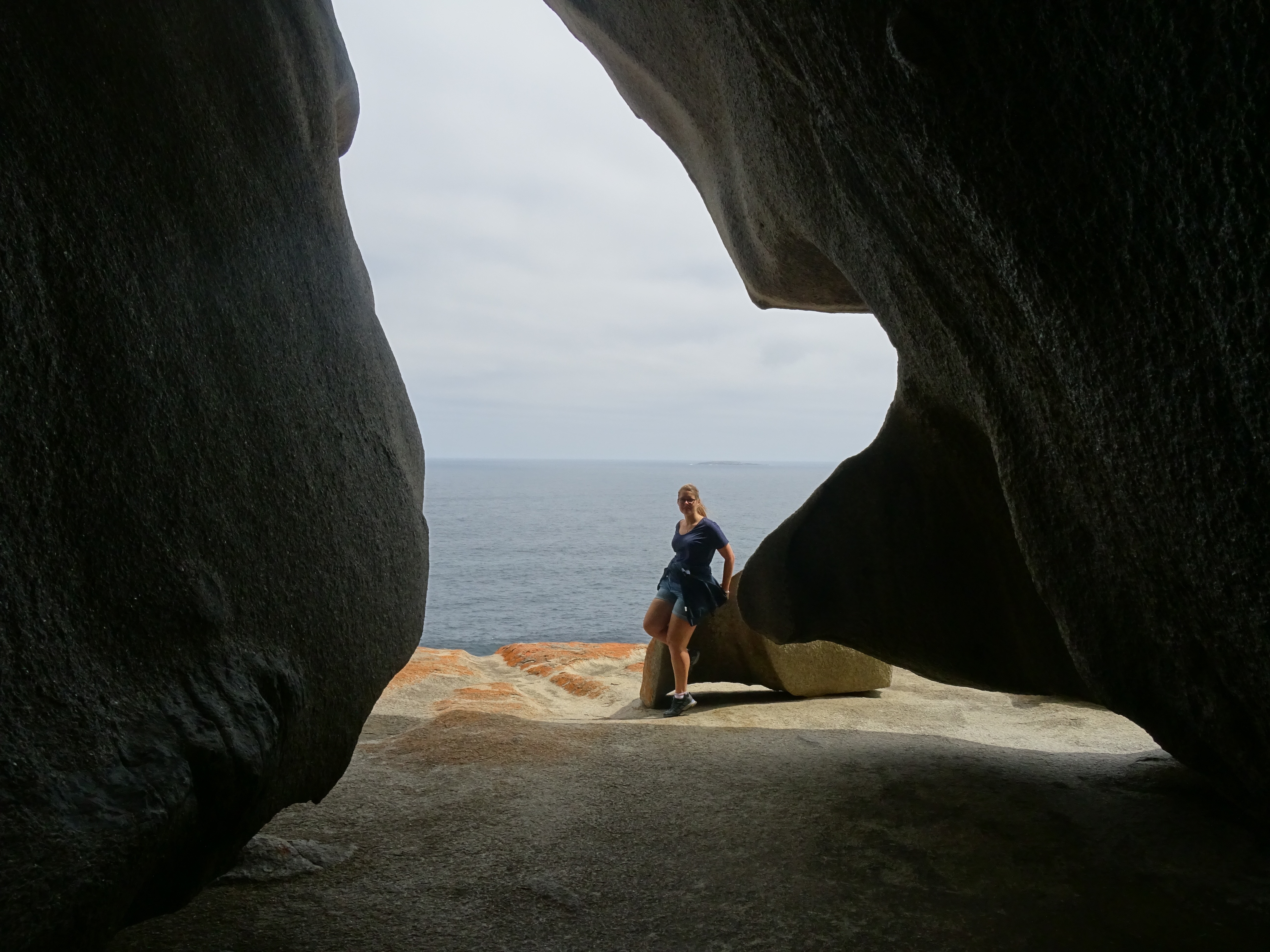 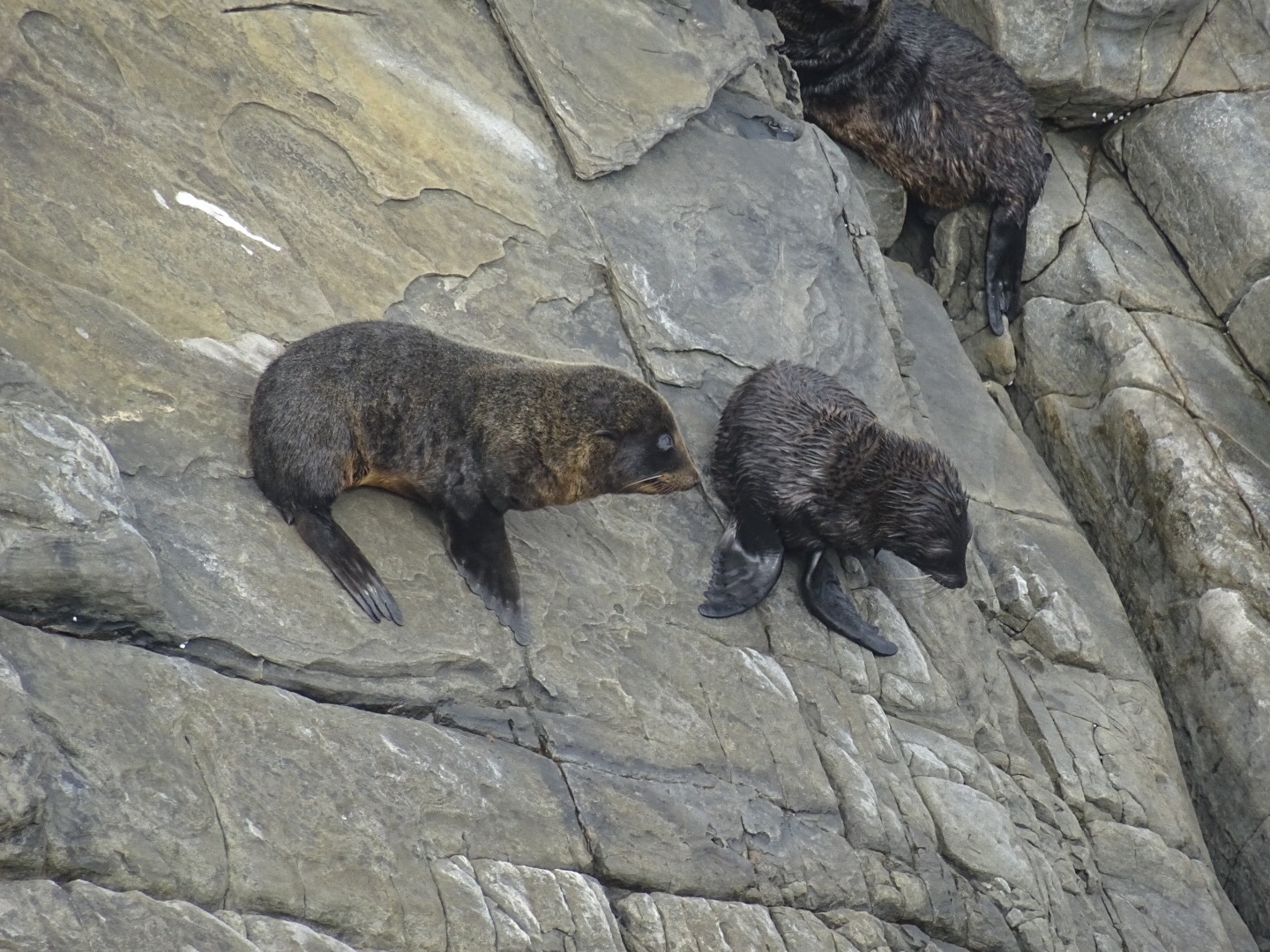 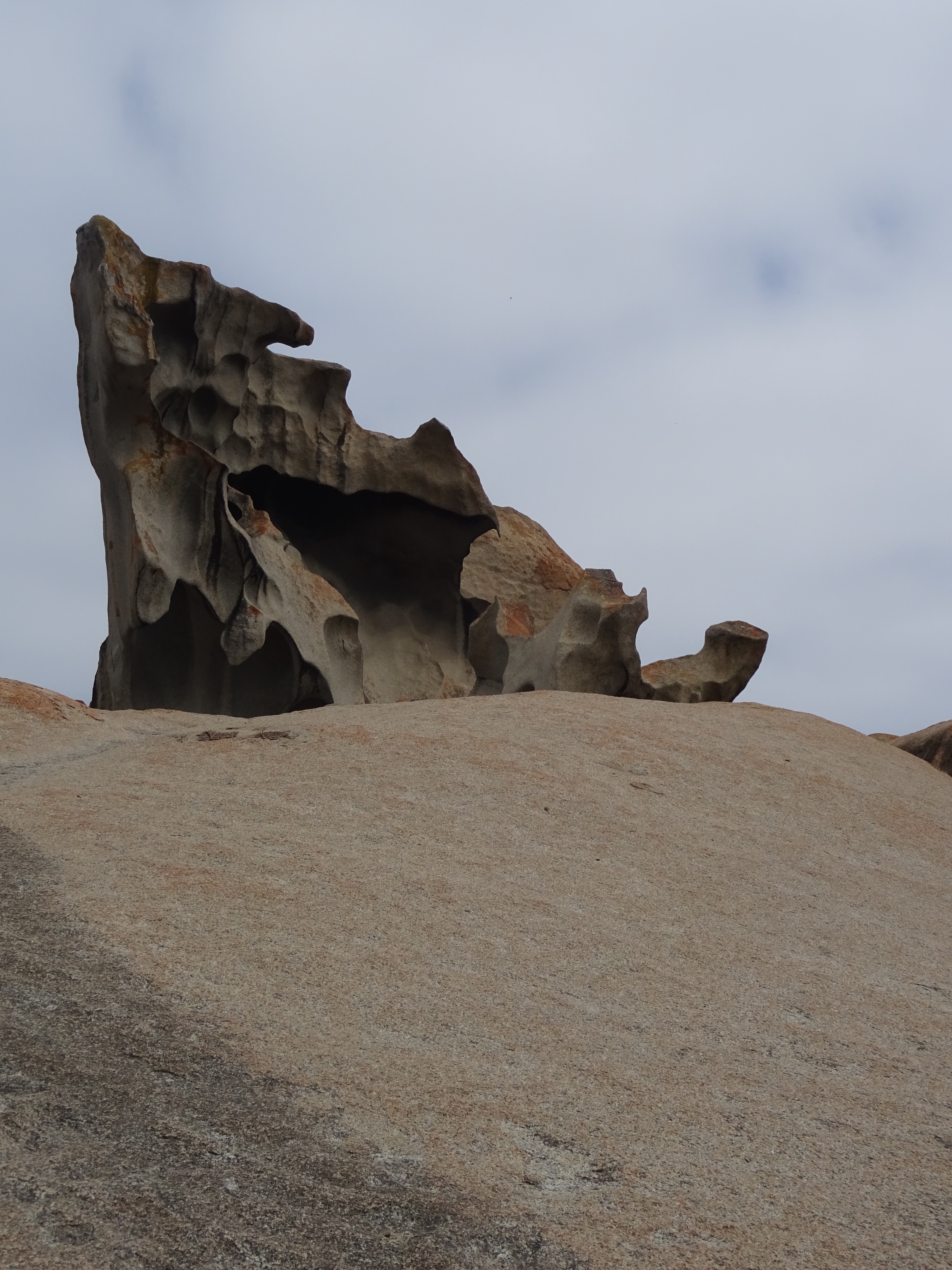 On our last day in Adelaide we spent the morning wandering the parks that are placed around the centre of the city. (The parks were a musket shot wide apparently, to help protect the centre of the city from attacks. The enemy would have to come into the open). We managed to find the river, lots of bird life and some pedallos (that we didn’t go on). It was a gorgeous part of town. I could easily see myself sitting by the river and reading for hours if I lived there! 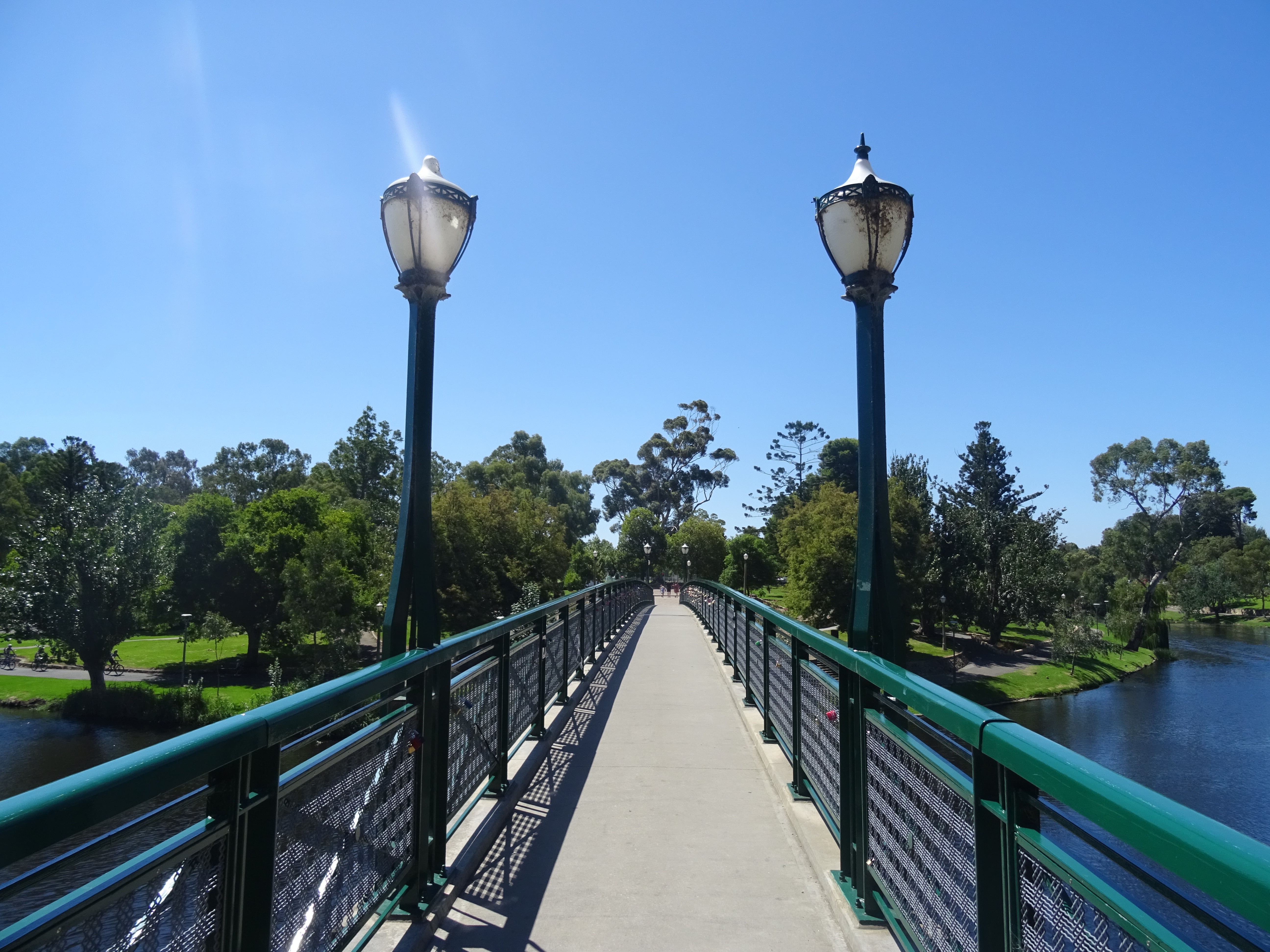 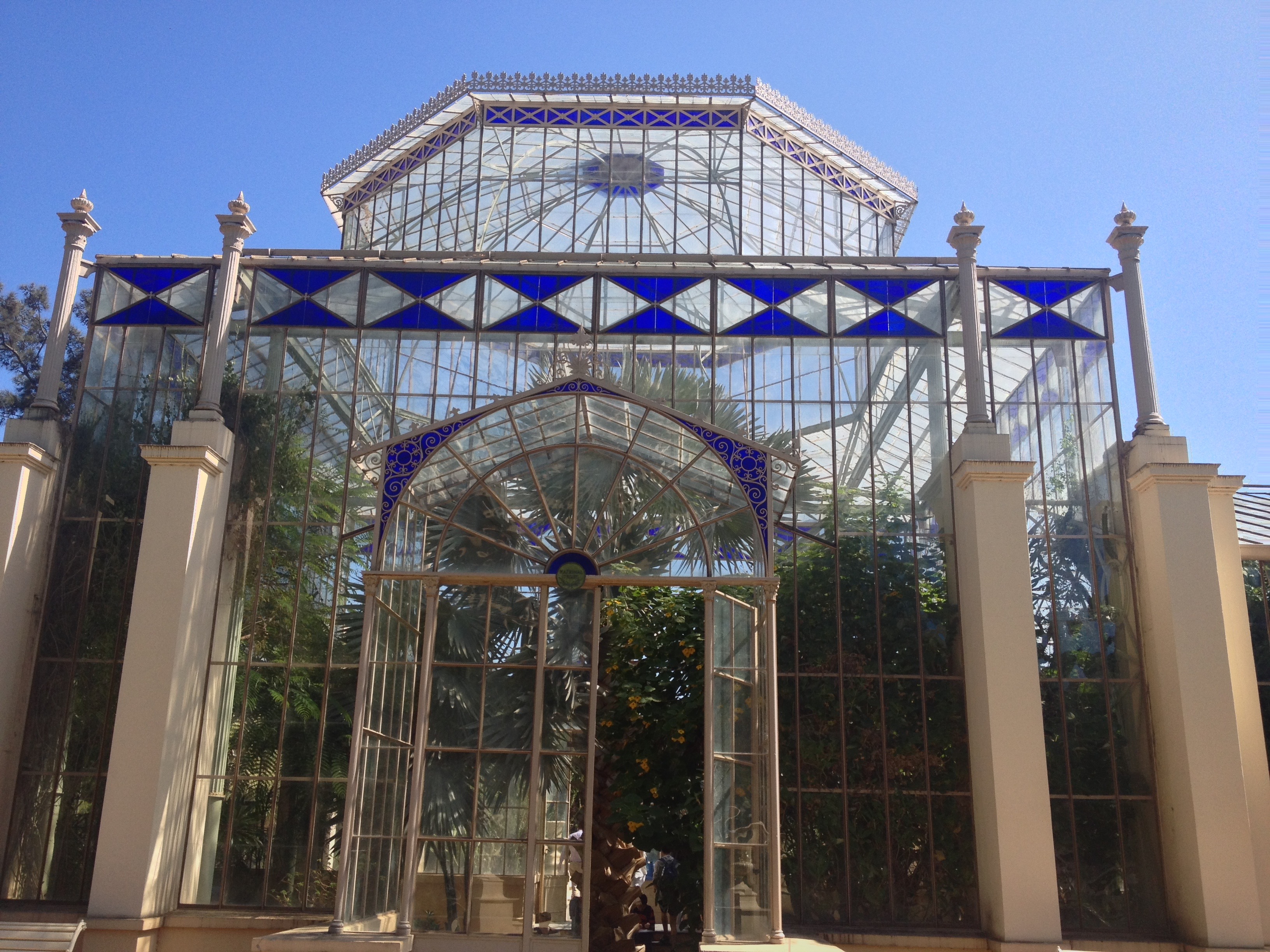 Glasshouse in the Adelaide Botanic Gardens

The last night on the beach was bittersweet. It was a gorgeous evening and we had lovely food and a great time on the beach… but we were very aware that this was the end of our travels together for the summer, so it was pretty sad! But, we shook off the deep sad conversations and focussed on having fun on our last evening.

And that was pretty much it for Adelaide! After the beach on the last night we packed up, slept and then headed off in a taxi for the airport. Tom and Freddie were off up north to do the East Coast trip, whereas I was off south to Tasmania! And now I sit in the airport, using the wifi to write this, the St Christopher around my neck, waiting to board the plane to my last adventure of the summer. How scary is that, where have these three months gone?! I’ll be back home before I’ve had time to blink at this rate! Anyway!! Tasmania, show me what you’ve got! 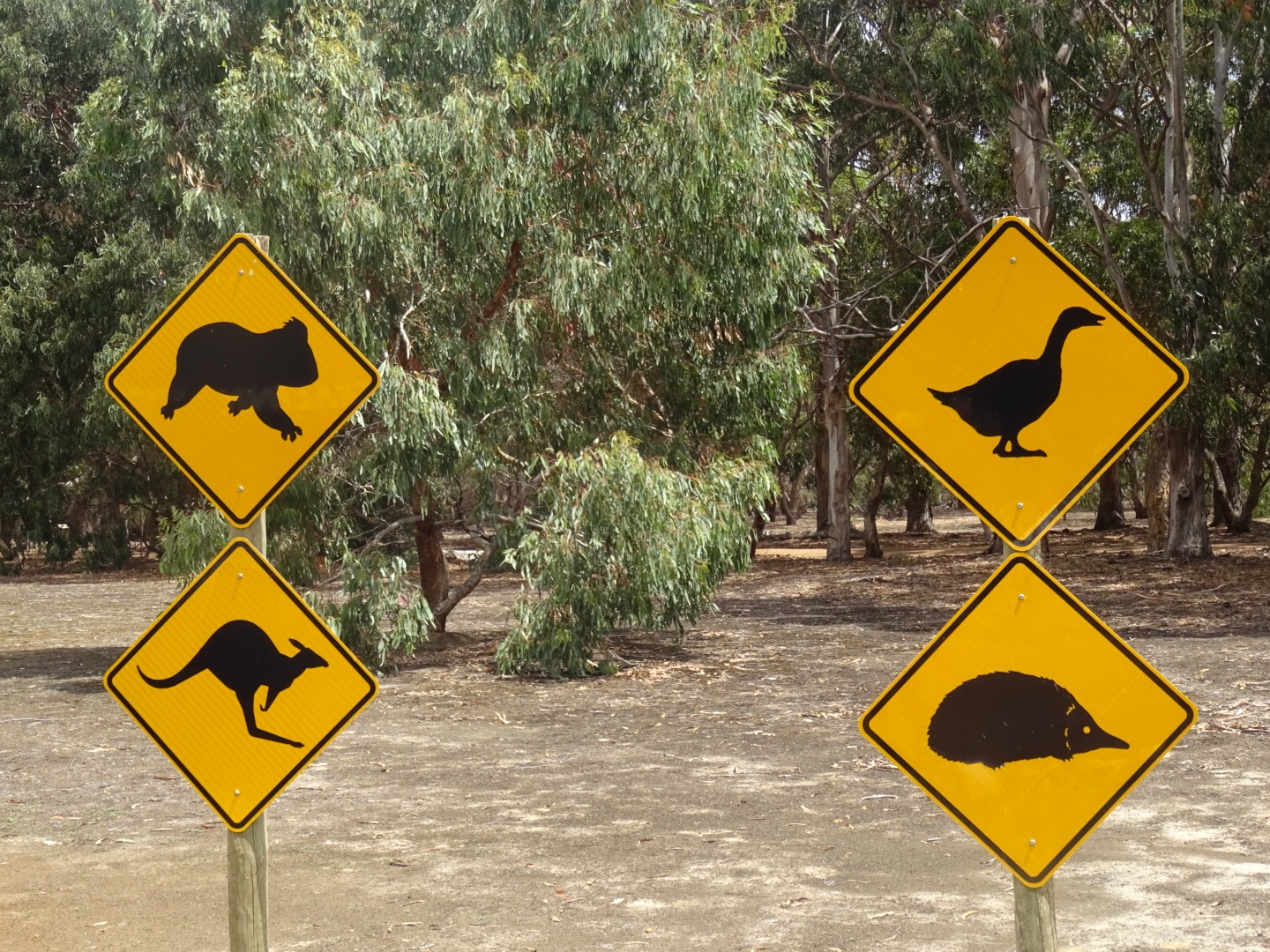 How many warning signs?