100 Days of Summer – Zoologists in Training

The zoologists were left to their own devices for a few days so we did what zoologists do best, and went looking for wildlife!! Neither of us had been to Stradbroke just for a day trip, so we went for an explore!

2 hours of travelling later we were on Straddie, and boy did Straddie deliver. Within the first hour, simply walking around the first headland, we saw rays, a pod of about 15 dolphins riding the waves, turtles and either a really big fish or a shark, but I’m not great with judging size when I’m a long way away! It was incredible. The sun was shining, the views were gorgeous and the animals had definitely come out to play. 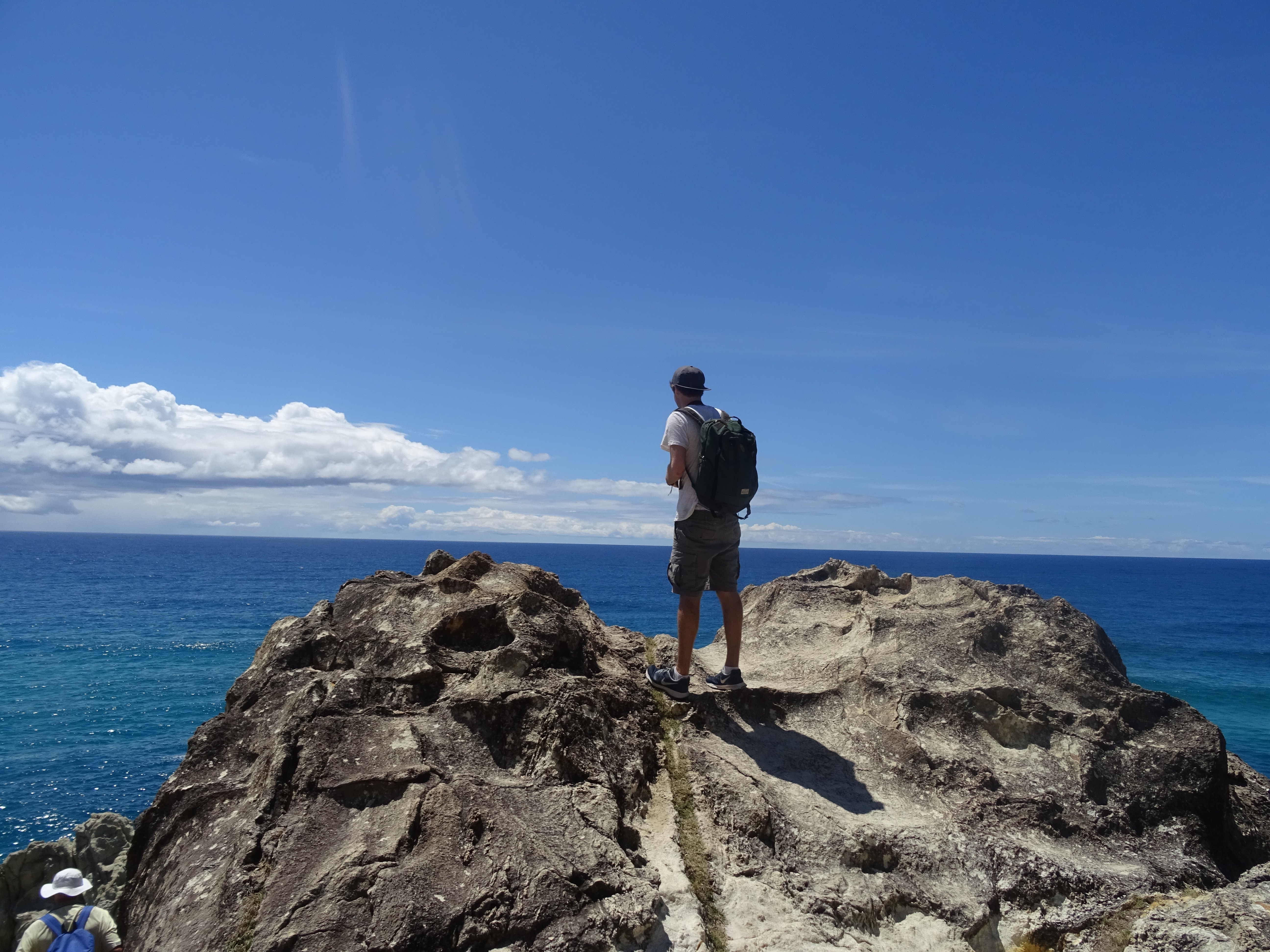 Tom keeping an eye out for more dolphins 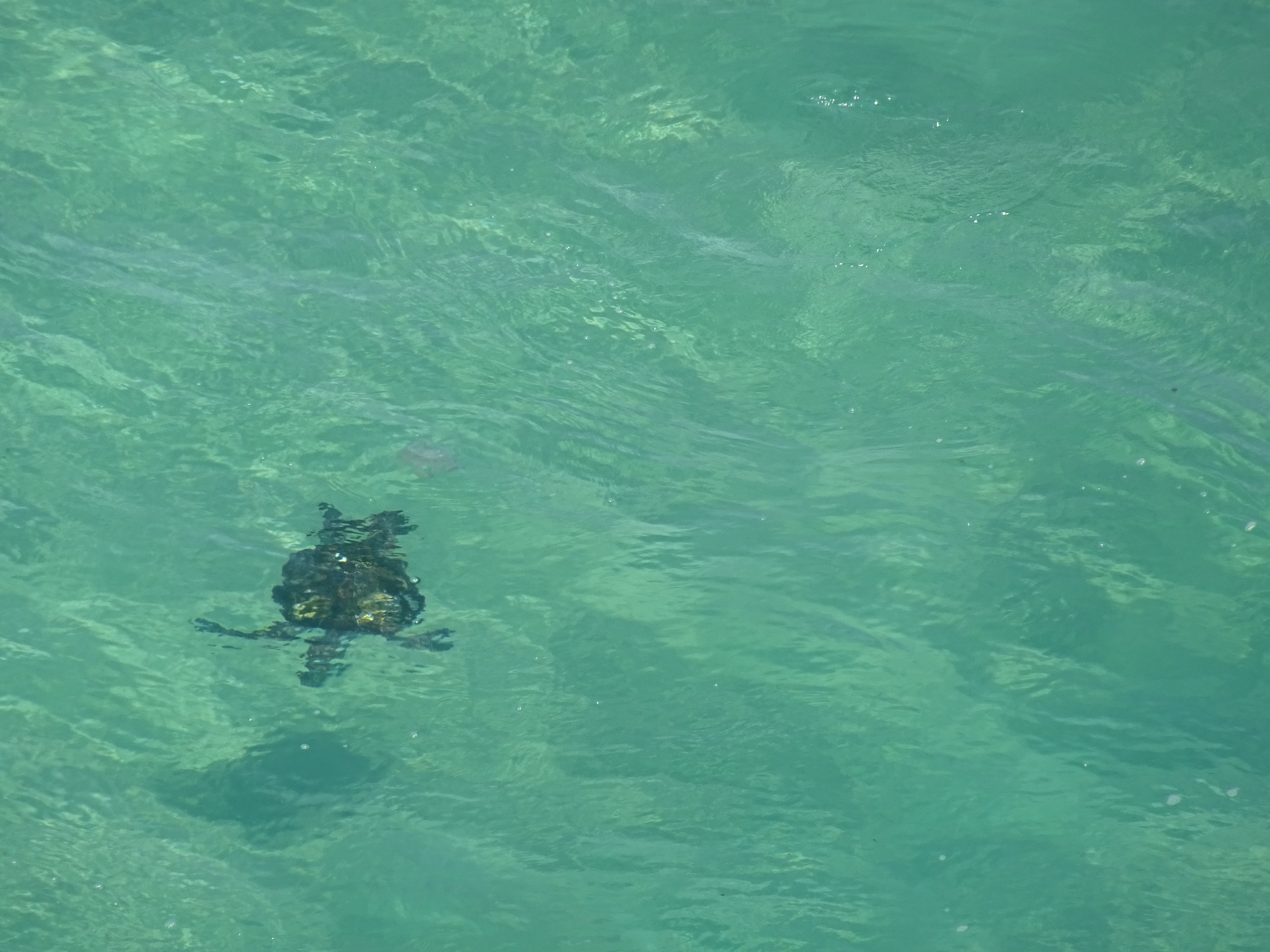 One of the turtles

After grabbing a bite to eat, and having a bit of a sit, down Tom and I made our way over to one of the beaches for a bit of a paddle. However our eagerness to go in the water was somewhat diminished when I found a bluebottle washed up on the beach! (An Indo-Pacific Portugese Man o’ War!)

As the day drew to a close we got the bus back to the side of the island the ferry went from, and decided to quickly check out the beach and trees near the research station, as the last two times I’d been there, that was where the koalas had been spotted. Tom took to the beach, I took the trees up the bank, and the hunt began. After around 15 minutes there was nothing. No obvious signs, and no cute fuzzy animals chilling in the trees. Until Tom rang me! Tom rang to ask where I was, as the trees by beach were a koala free zone so he was coming back up. As I was about to confirm that I hadn’t seen any koalas I turned round, and in the tree next to me was a koala! Not my first wild koala, I know, but the one on Magnetic Island was so hidden I could only see a grey fuzzy blob. This koala was close, clear and very, very cute. Naturally, Tom and I took a lot of photos and were very pleased with our day’s work of finding lots of different species and got the ferry back to the mainland feeling very happy! 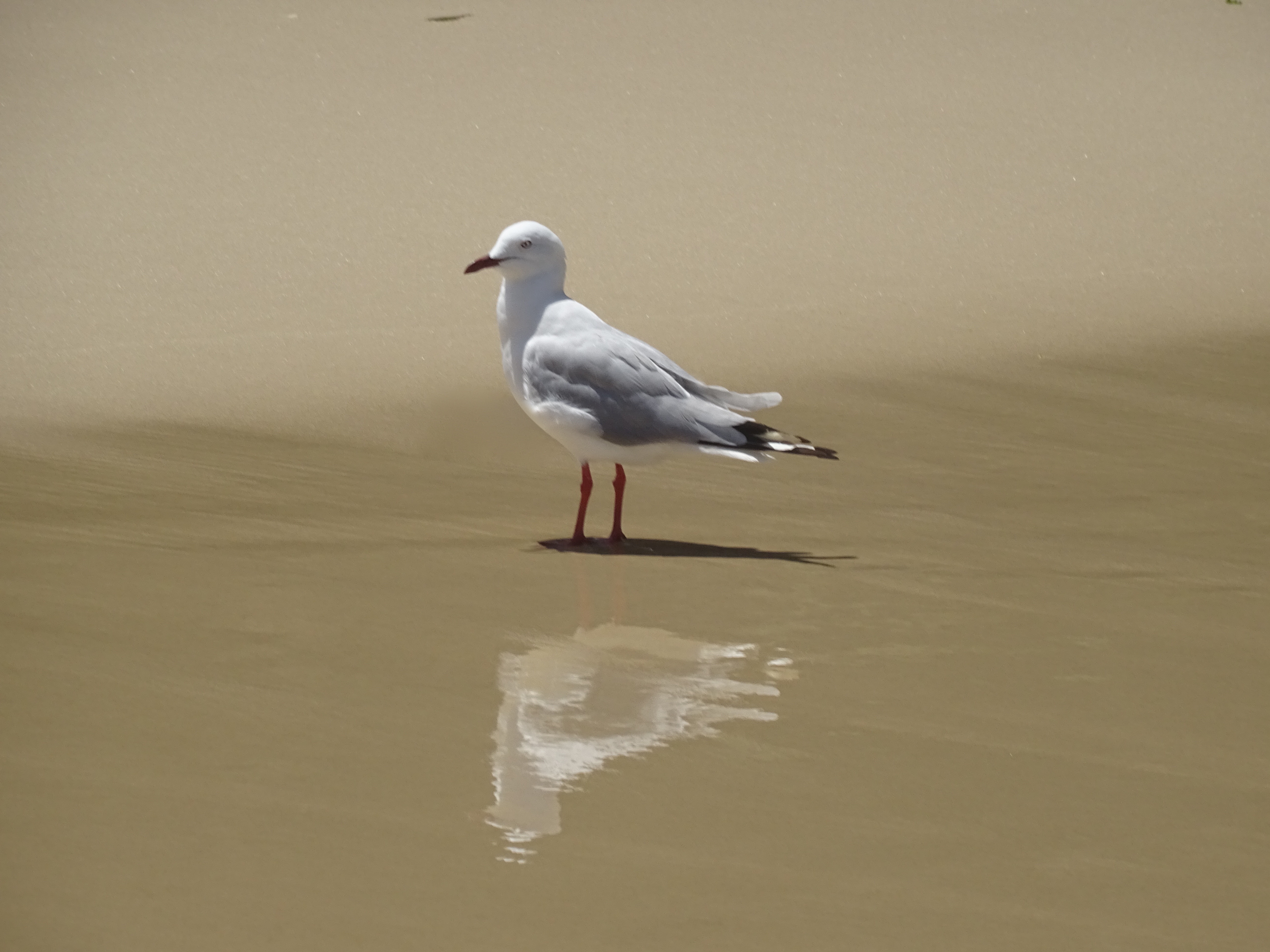 Our friend on the beach 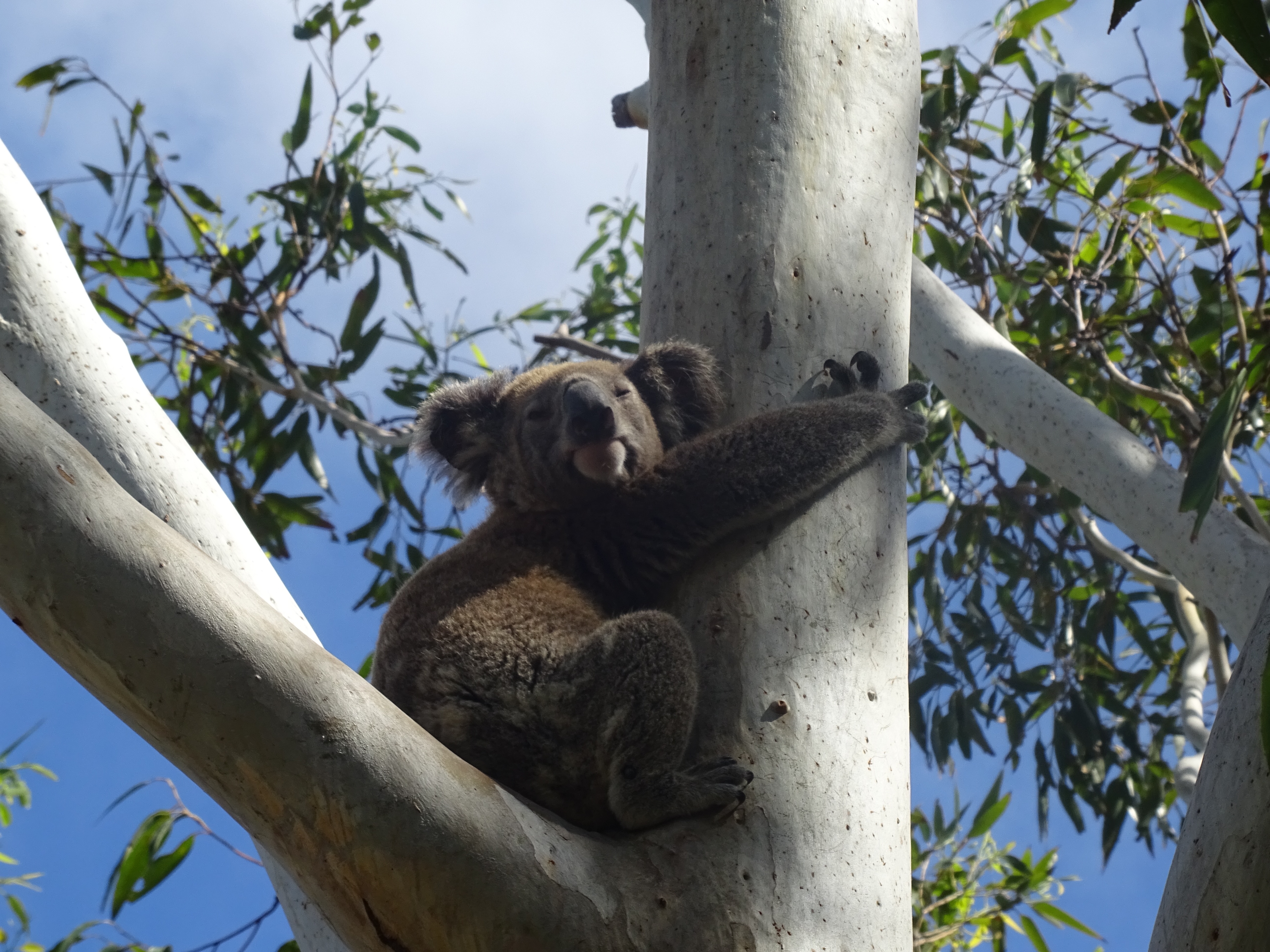 “It’s so fluffy I’m gonna die!” But honestly though, I was so chuffed and excited to properly see a koala in the wild I think I actually welled up a little… Maybe I shouldn’t be admitting that to the entire internet but hey!

But! The animal explorations did not stop there! The very next day we got the bus to Enoggera Reservoir, just out from Brisbane. There we went on a little walk, one we had done before, but it was so hot we didn’t do the whole circuit. Despite the abridged walk we still saw a lot of birds, including fairy wrens and finches! We then just spent a while sat by the reservoir reading and soaking in the sun, watching a goanna creep past us for the trees, and took a quick dip to cool off. It was a really lovely day, such nice weather, and it was good to actually do something really chilled!

And that’s that. The zoologists had reached the end of their few days of exploration and I had a few days to myself to sort my life out before the next few months came thundering in! 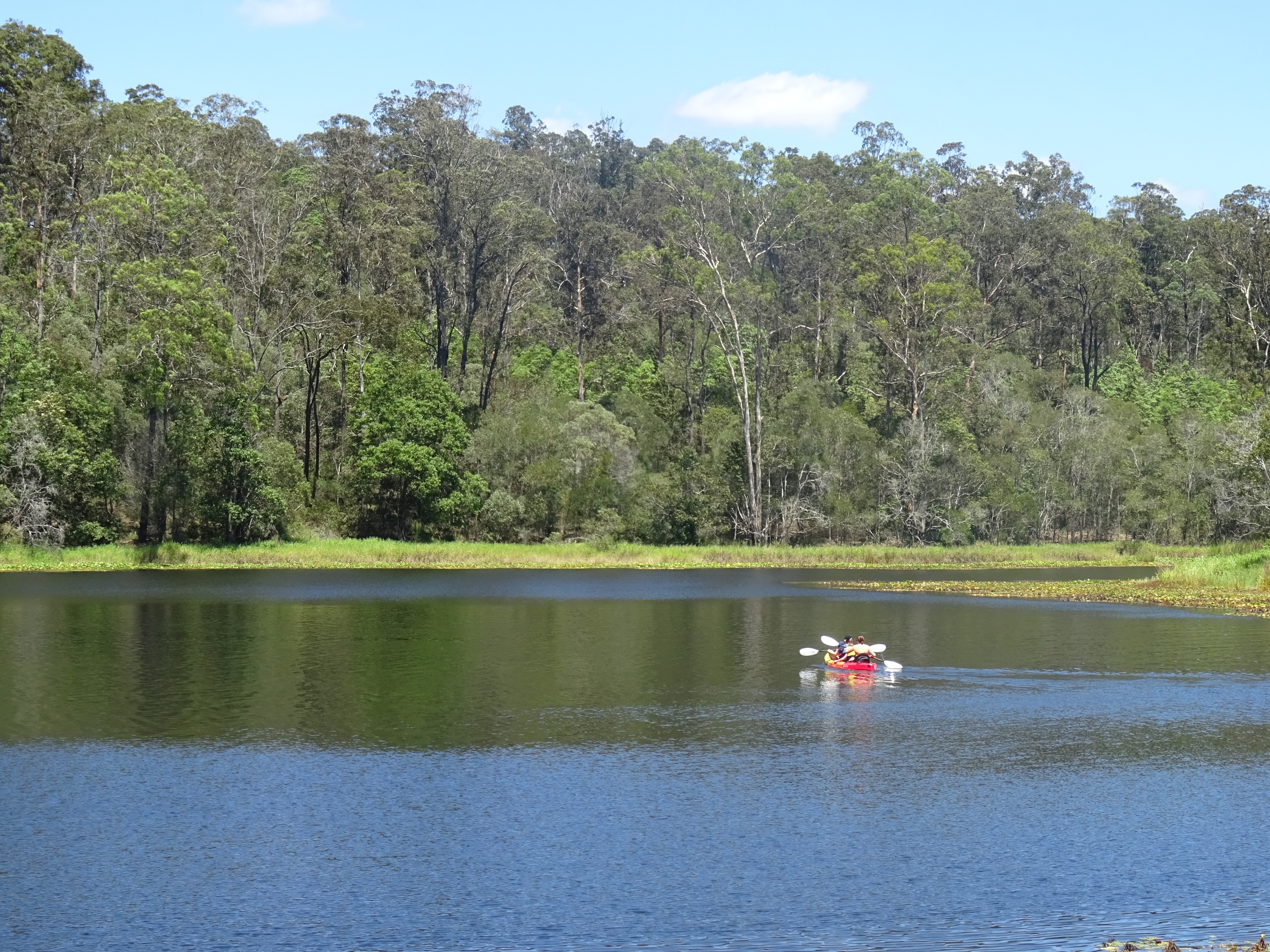 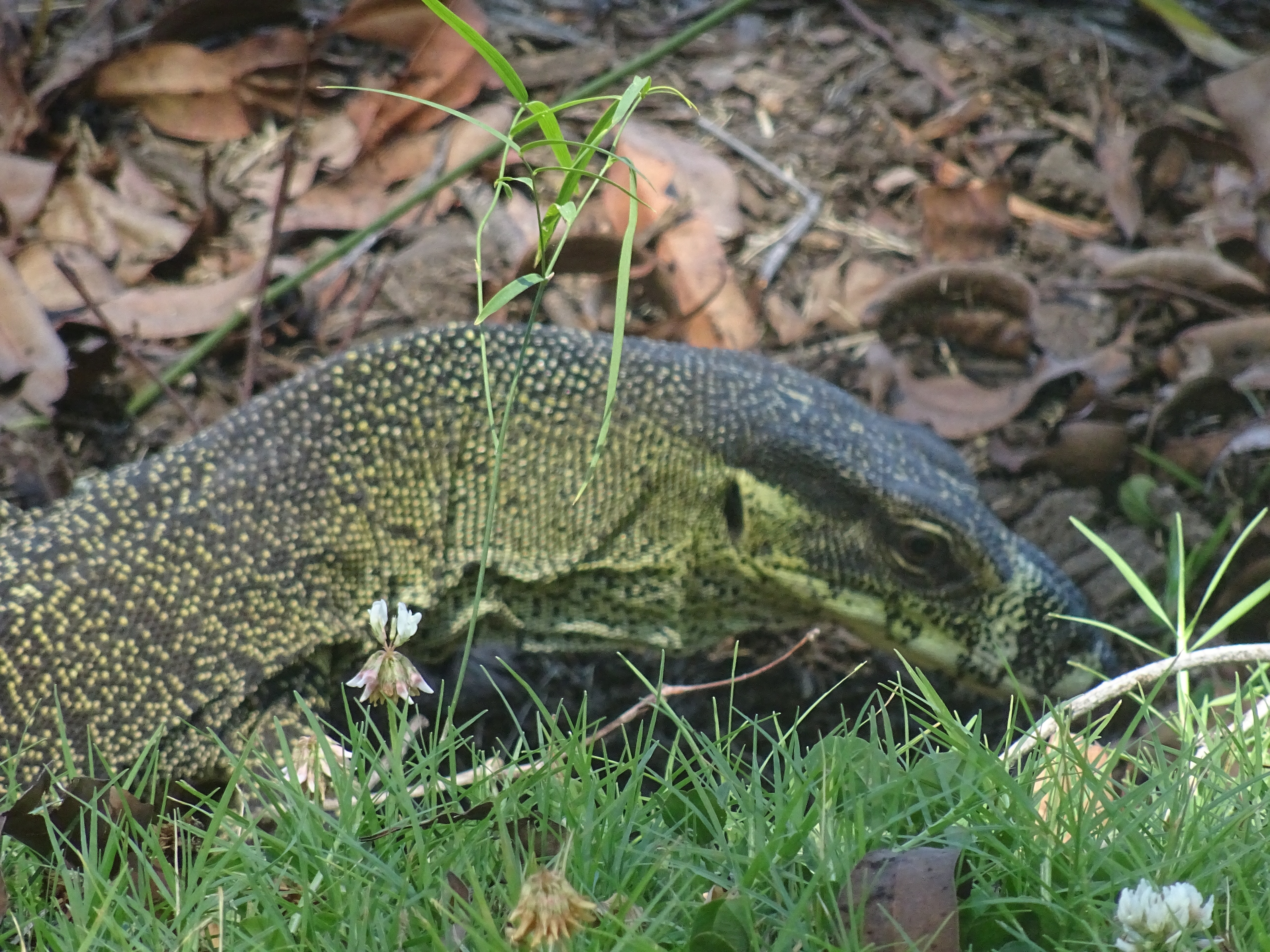