And so we reach the final stages of Family Allen taking on Australia. Sad but true! But, true to form we didn’t take it easy, after leaving the Glasshouse Mountains we headed to Irwin land (Aka, Australia zoo). For my third time. Do I get to be a member yet? Australia zoo was pretty nice as there was only three of us, so we could take it at the pace we wanted, both other times have been a little rushed! They both properly enjoyed the croc show, especially the birds I think which flew to what appears to be Australia’s national anthem – AC/DC’s Thunderstruck! It was cool for me as the Little Irwins (Bindi and Robert) did the croc show, and it was their first time doing so! Seeing them was great as I watched Crocodile Hunter as a kid and so seeing them in real life (albeit a little more grown up) was pretty cool! 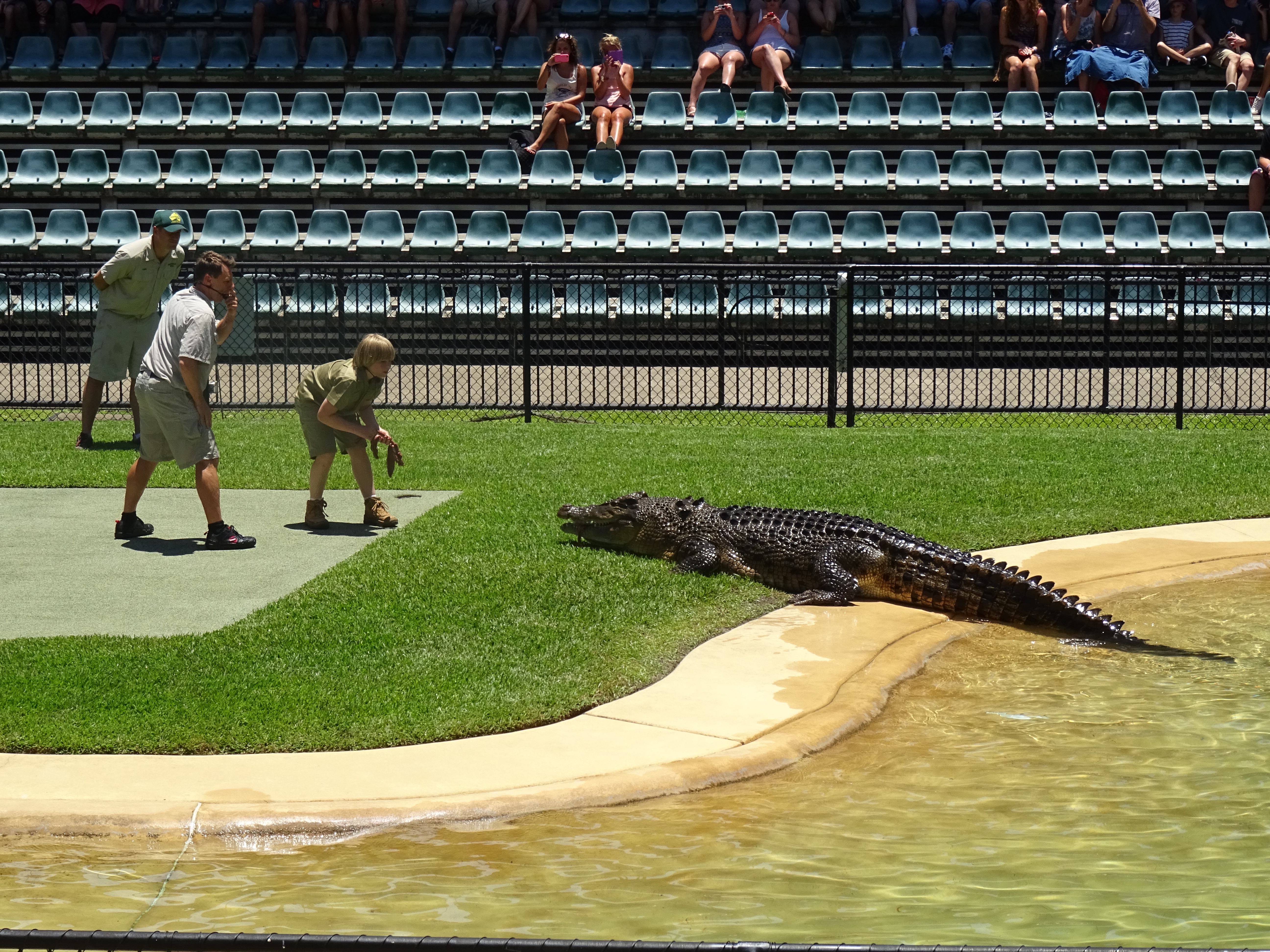 Robert Irwin and Wes feeding a rather large croc 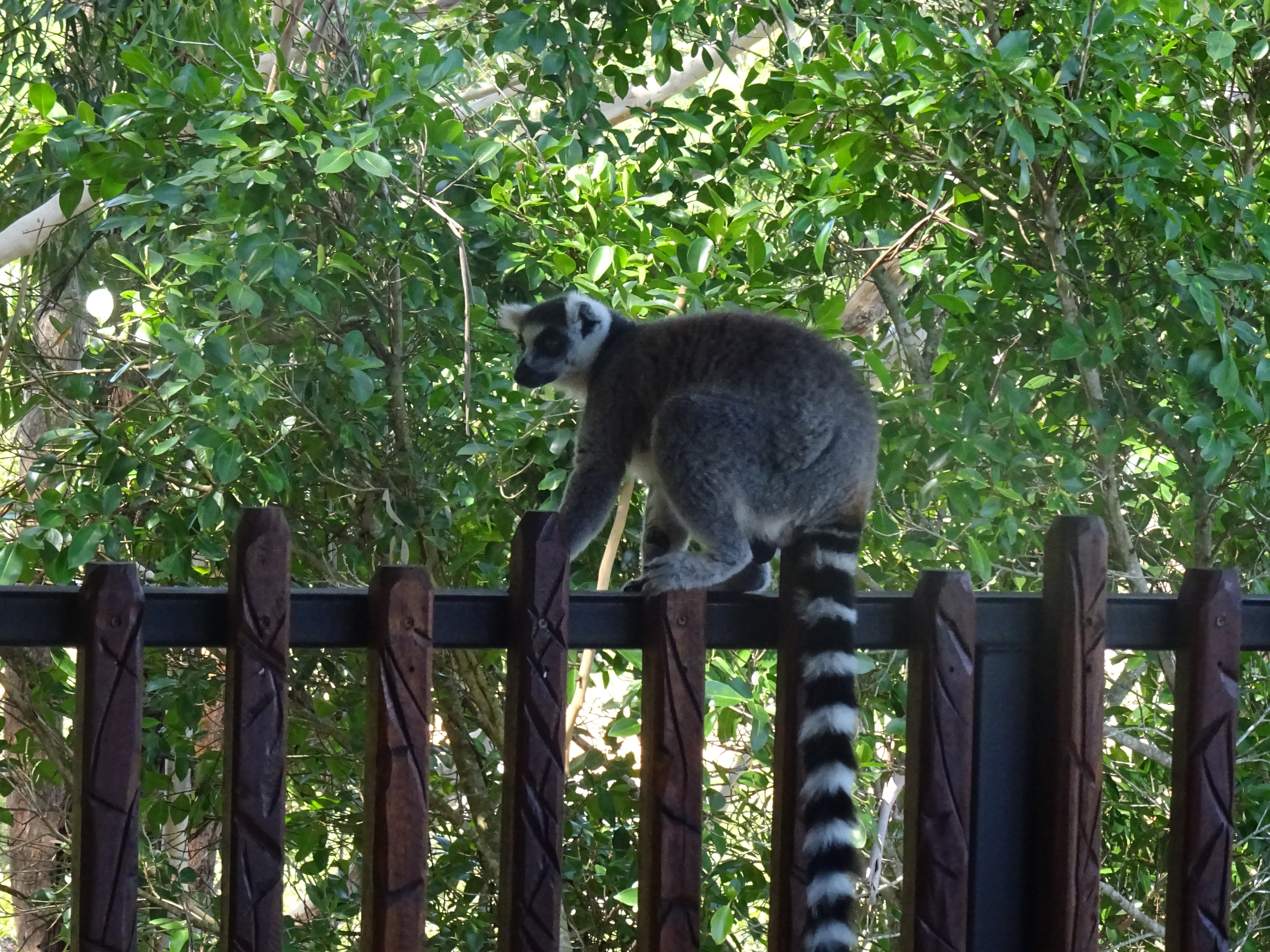 After the zoo we cruised down the highway back to Brisbane, where this time we stayed in the Evolution Apartments near the river and boy were they lush! The views were gorgeous, we could see right along the river, which was incredible at night! It was also a ten/fifteen minute walk to the centre or Southbank… So it was pretty sweet! That and I got a double bed!

This part of the trip was the ‘great garden tour’, with us going to the Roma Street Parklands and the botanic gardens both in the city and at Mount Coot-Tha. The city gardens were nicer than I remember them being, and a little bigger too!

We tried to go to the Mount Coot-Tha gardens earlier in the week, but they shut earlier than expected so we simply walked down the mountain to the Aboriginal Art trail and then headed up for sunset over Brisbane, which was fairly beautiful! I’m glad I managed to get there for a sunset, if you don’t have a car parked at the top you have to walk down the mountain in the dark, which is not my idea of fun! 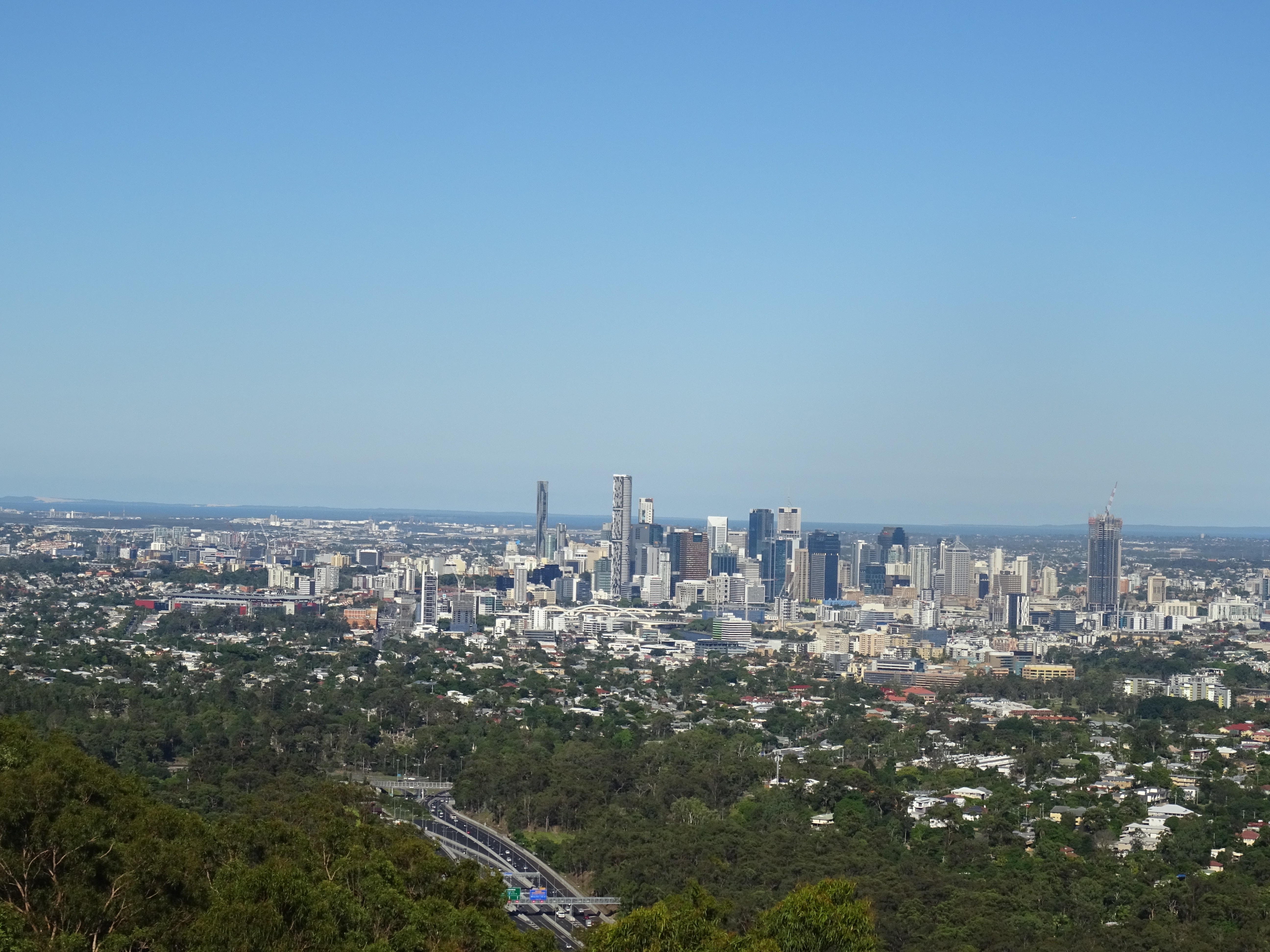 Brisbane as seen from the Mount Coot-Tha Lookout 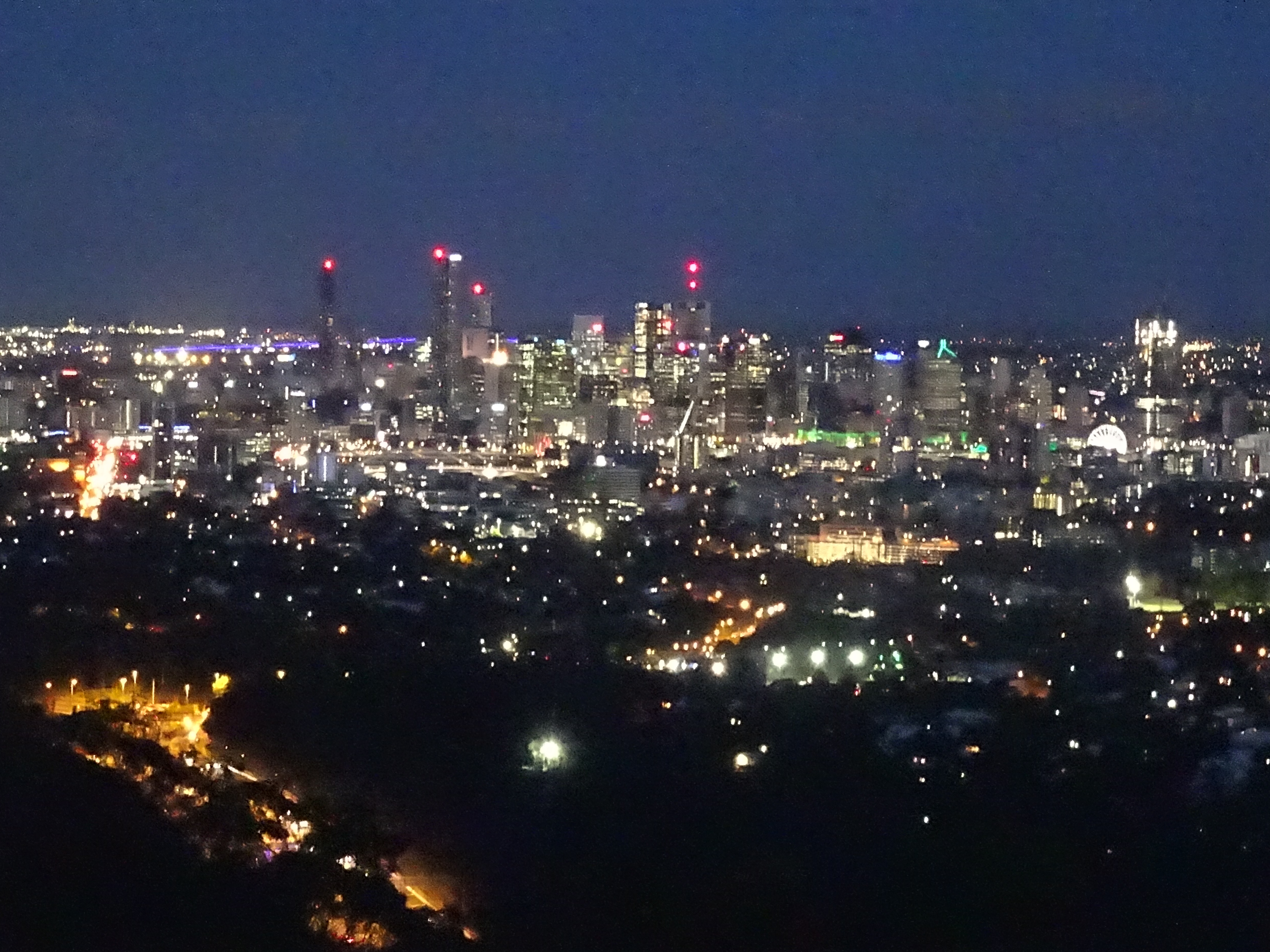 Continuing on the natural theme, since we had the car we decided to head out to Tambourine Mountain. It was gorgeous! And once again, like sunset at Mount Coot-Tha, you can’t really get there without a car, so it was a first for me! We did the sky walk (A walkway right up in the canopy of the rainforest, which was pretty awesome!) and then several different waterfall and watering holes, but no swimming for us today. Curtis falls was pretty, but alas no platypus, but we had good fun taking photos of the rainforest and walking along side the little creek, I was trying to get a reflection in the water, and Dad was doing some proper photographer poses, trying to get pictures of the waterfall – it was quite entertaining. 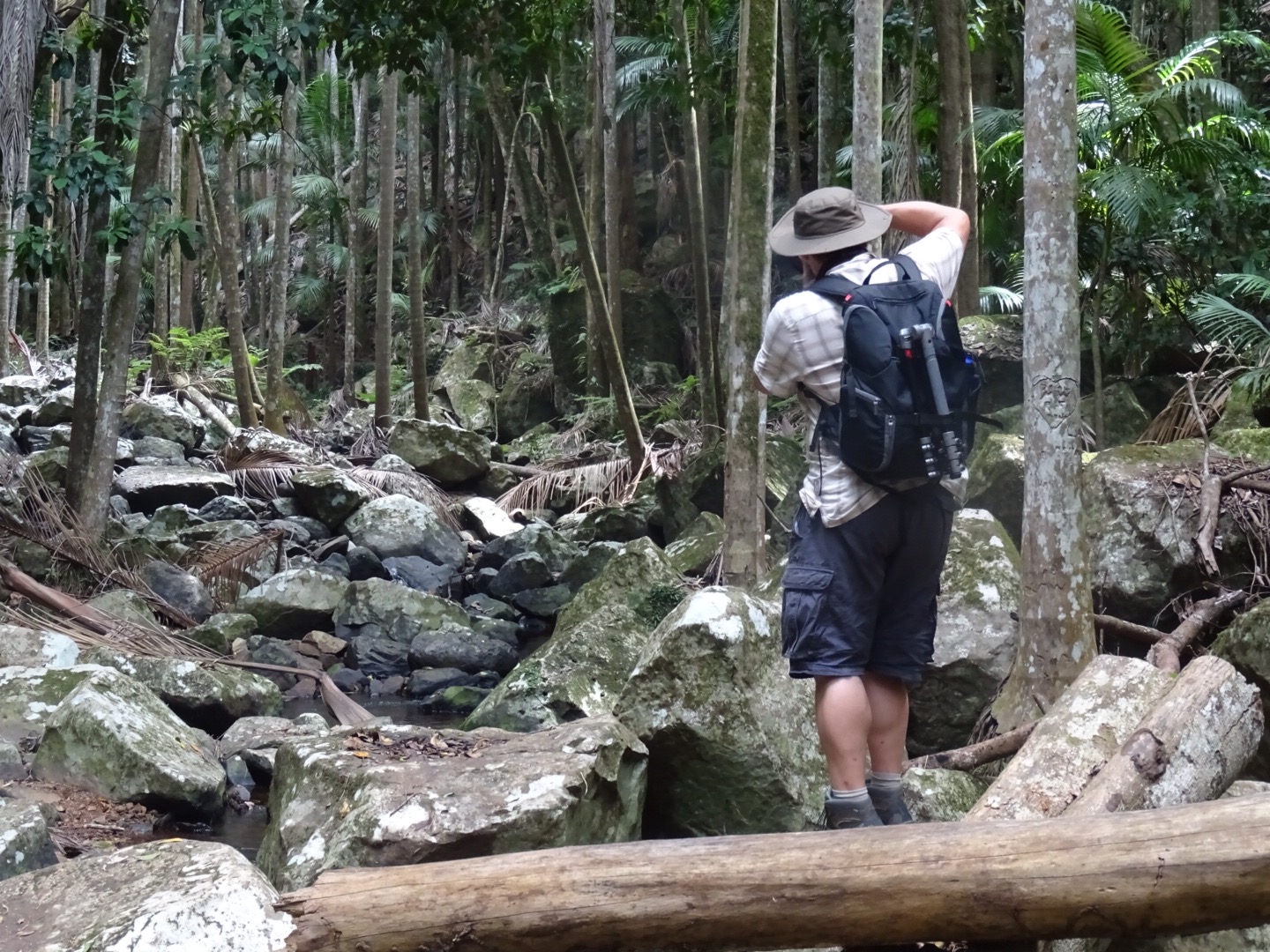 We did try and go on a walk to the Witches Falls, but the path looked a little overgrown so I wasn’t too keen on going through the rainforest with little first aid equipment and the knowledge of all things stingy and bitey that could be in there! So we went for a route that was a little more passable and went to Cedar Creek falls. The Cedar Creek falls were pretty cool, but more impressive was the group of girls jumping into the pools from a height that made me nervous just looking at! 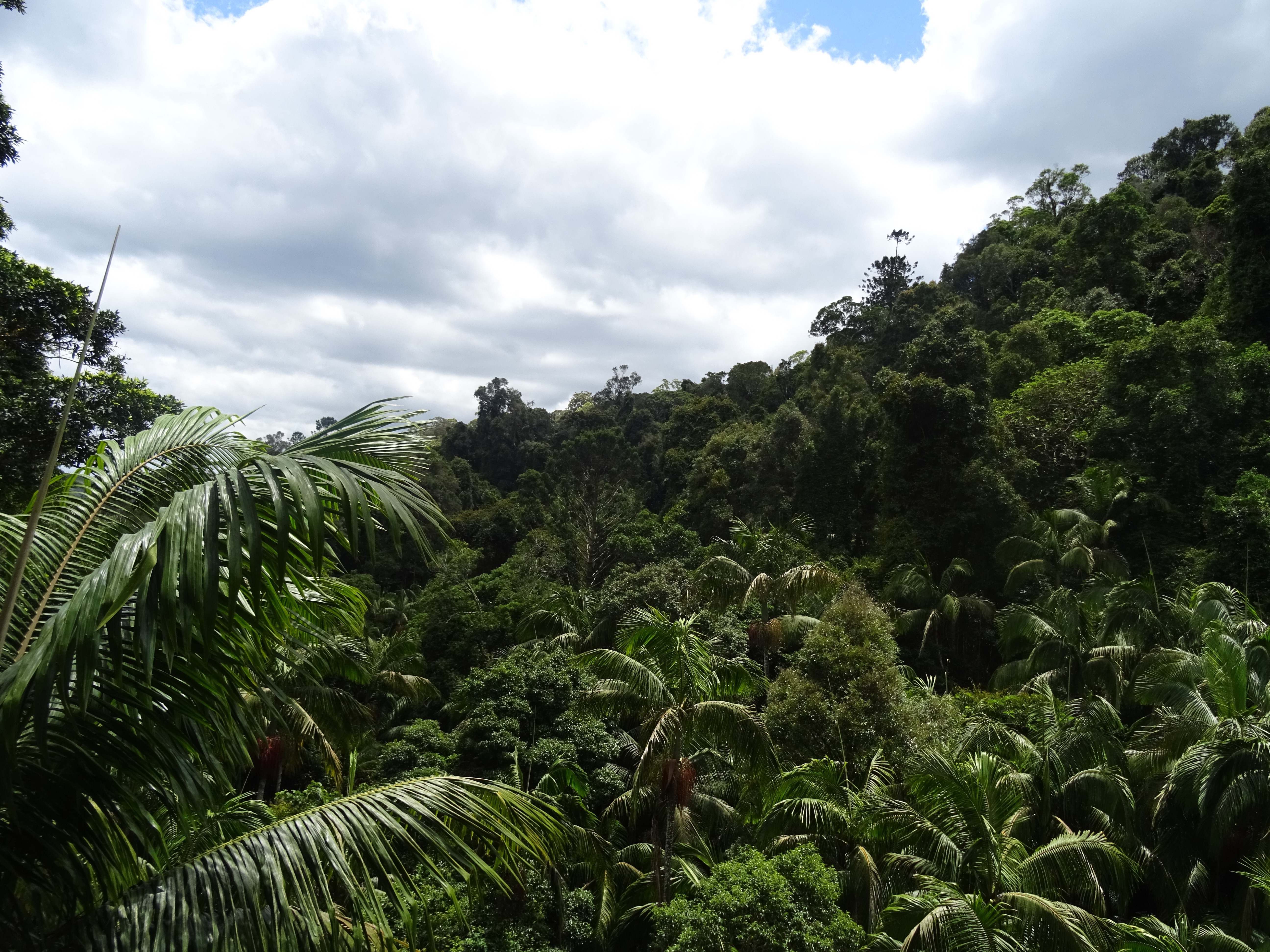 The Rainforest – what a view

When the last day with my parents finally came it was weird in the way that last days always are – you can’t do too much as you have your luggage and you don’t have a full day to play with as you have to travel later on, but you don’t want to just do nothing! This was the day we did the Coot-Tha gardens, impressing the parents with the sheer size of the Bunya pine cones, and had lunch up at the lookout before heading to Kangaroo Point – another first for me! It was great to see the city from another angle and to explore another area, but I feel we were all pretty aware of the ticking clock for my parents departure. Dad is pretty sure he saw a shark though, which is pretty awesome! I saw the big splash but am still yet to see a shark in the Brissy River.

I’m not going to lie, saying goodbye again was hard. I thought I’d be okay as I’d already done six months out here, but having so much fun and such a concentrated period of time with them made it pretty tough knowing it’d be so long before I saw them again. It was almost worse than when I left in the first place as back then I was filled with excitement and fear for the new adventure, but now that I know how it all works and I’m all settled the fact that they were leaving, and I wasn’t going to see them for half a year, felt a lot more prominent! Don’t get me wrong, I absolutely love Australia and all the opportunities, adventures and people out here, and I am so excited/grateful that I get to spend another six months out here… but it is a lot easier to see your family and friends when you’re in the same country (or at least the same time zone)!! 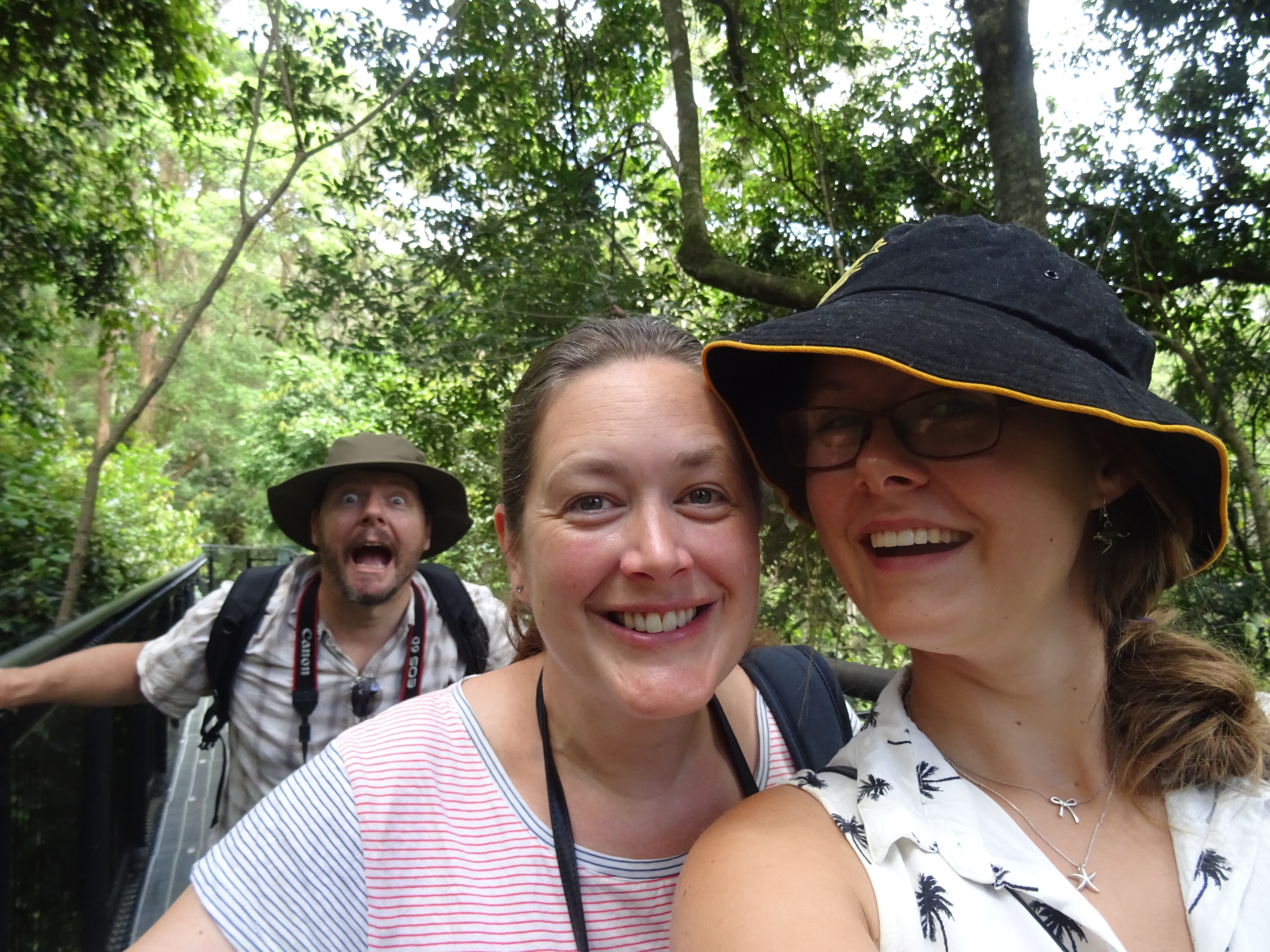