Apologies in advance – this is going to be a long one! And there will also be a lot of pictures!

Melbourne, I have to say, is possibly my favourite city in Australia so far. Melbourne was lovely – there were loads of gardens, it was easy to navigate, there were old stone buildings with archways, colonial style buildings and new shiny glass high-rises. It was beautiful – it actually reminded me a lot of London. There were trams, which was really cool, old and new, and the city sat on a river, just like Brisbane. I really loved it. I know in the grand scheme of things, and especially compared to some European cities Melbourne isn’t that old, but it felt like it had history (and it did) and I loved that. It was a beautiful, beautiful city and I’d love to go back! 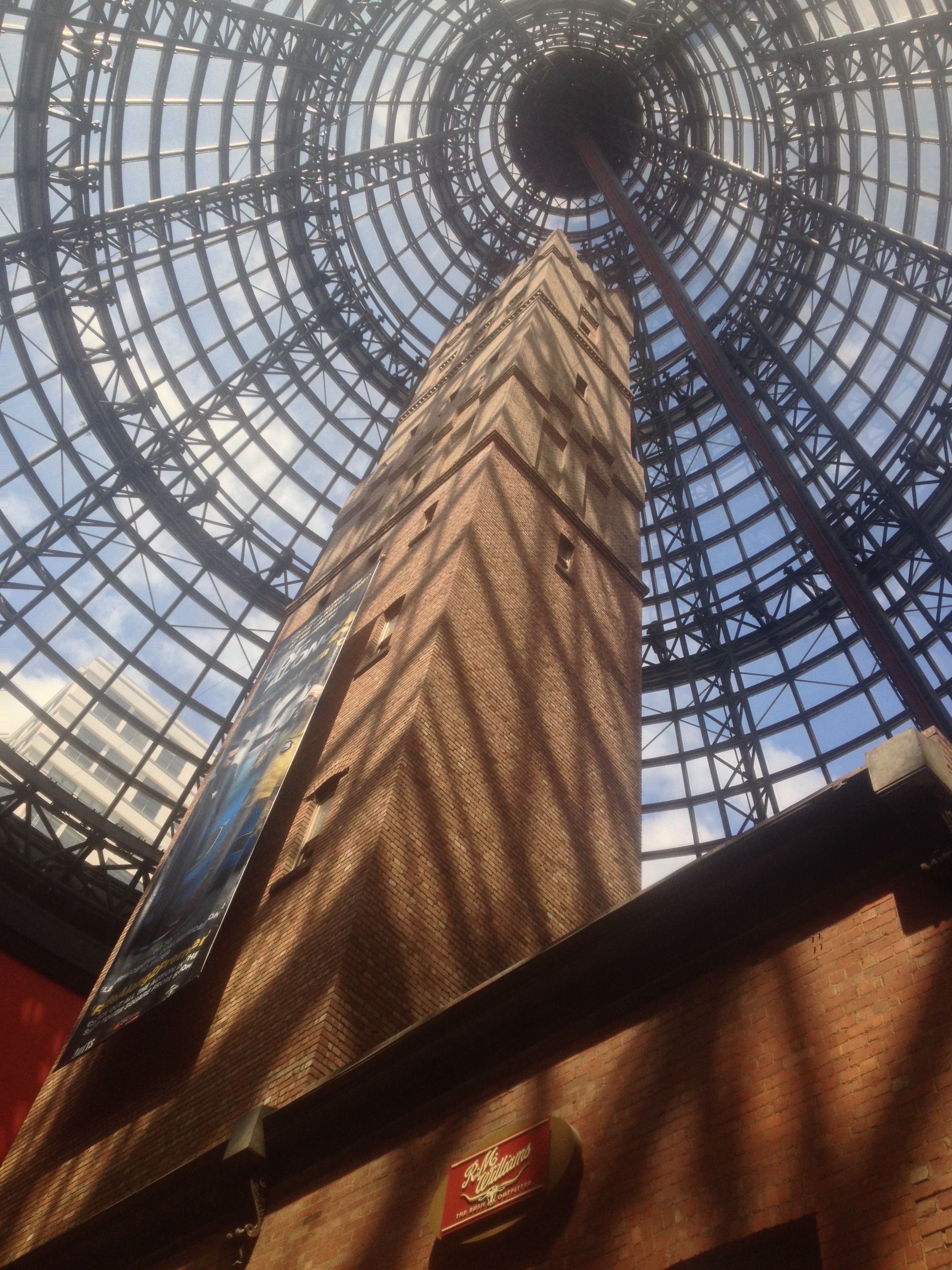 Just the inside of a shopping centre. Nothing special… 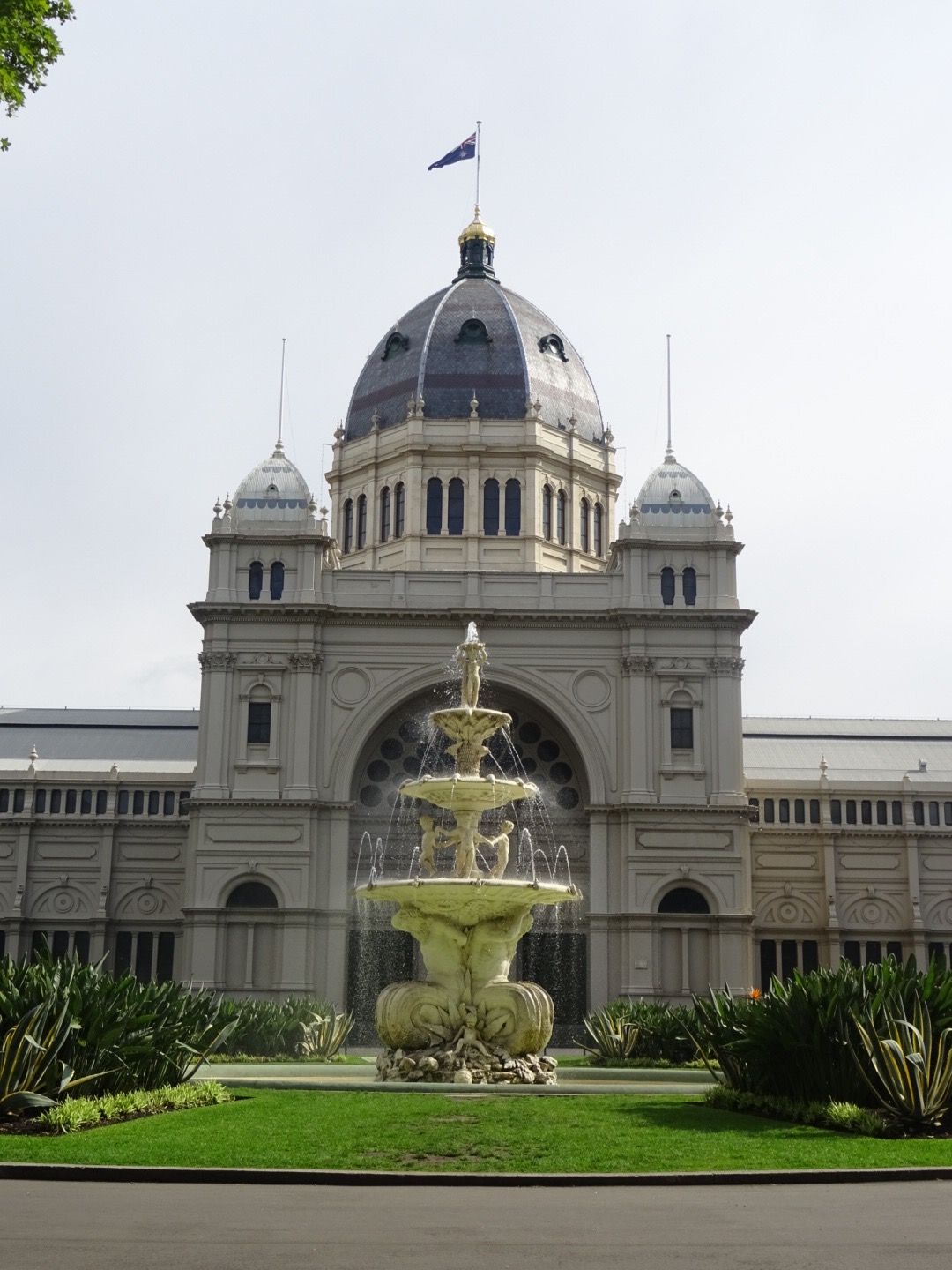 The food was good too! We ate out a lot, having Greek and Japanese and Chinese food to name but a few. We actually went twice to the same Japanese tapas bar as the food was divine. The gyoza and everything were just delicious! I’d never really had much Japanese food before – gyoza and katsu curry were as adventurous as I’d been before hand – but this was incredible and I will definitely be trying more! I may have even preferred it to Mexican food, and that’s saying something!

The majority of our days in Melbourne consisted of wandering around the city, taking in the sights and learning about the history. We also spent a fair bit of time in the museum as a) aircon (beautiful, beautiful aircon) and b) some of the displays were pretty interesting, especially the aboriginal culture display. I also quite enjoyed the exhibit about the mind, but I won’t go into that! The three of us also visited the Australian Centre for the Moving Image  – my favourite bit was the zoetrope of Ty the Tasmanian Tiger, seriously, check it out on youtube, it’s so cool! The three of us also visited the State Library Victoria. Firstly, it was gorgeous. Secondly, they had an exhibition on Ned Kelly and even had his armour, which was pretty cool and super interesting!

There was one morning where I took a spin on the city loop tram, which took you all around the central business district and pointed out the sights and other cool things to do. It was nice to be able to get to grips with the city a bit and work out what might be fun to go see. And, true to form, I compiled a list of things that interested me for later use when we were wondering around the sights of Melbourne!

I also took a day out to go snorkelling. This was good fun, a little on the pricey side, but as my Dad said, when else am I going to be able to do that? Maybe never! So off I went, 2.5hrs on trains and buses down to Sorrento where I would be going on a snorkel tour. The first stop was the fur seals, these were really cool! They smelt a bit and my camera fogged up, but swimming in the water with them and ducking down and having them muck around along side you was really something. Cold though! Next we tried to find some dolphins and we did manage, however on the first time in the water I couldn’t see them! The second pod we found had a calf so we just watched and let them move on. The last stop on the tour was a drift snorkel over rays and sharks, which was pretty sweet, but I wanted to see a weedy sea dragon! So I borrowed the gear for a little longer and popped under the pier to find them, which I did (with a little help)! It was incredible to see one, made the entire snorkelling trip! 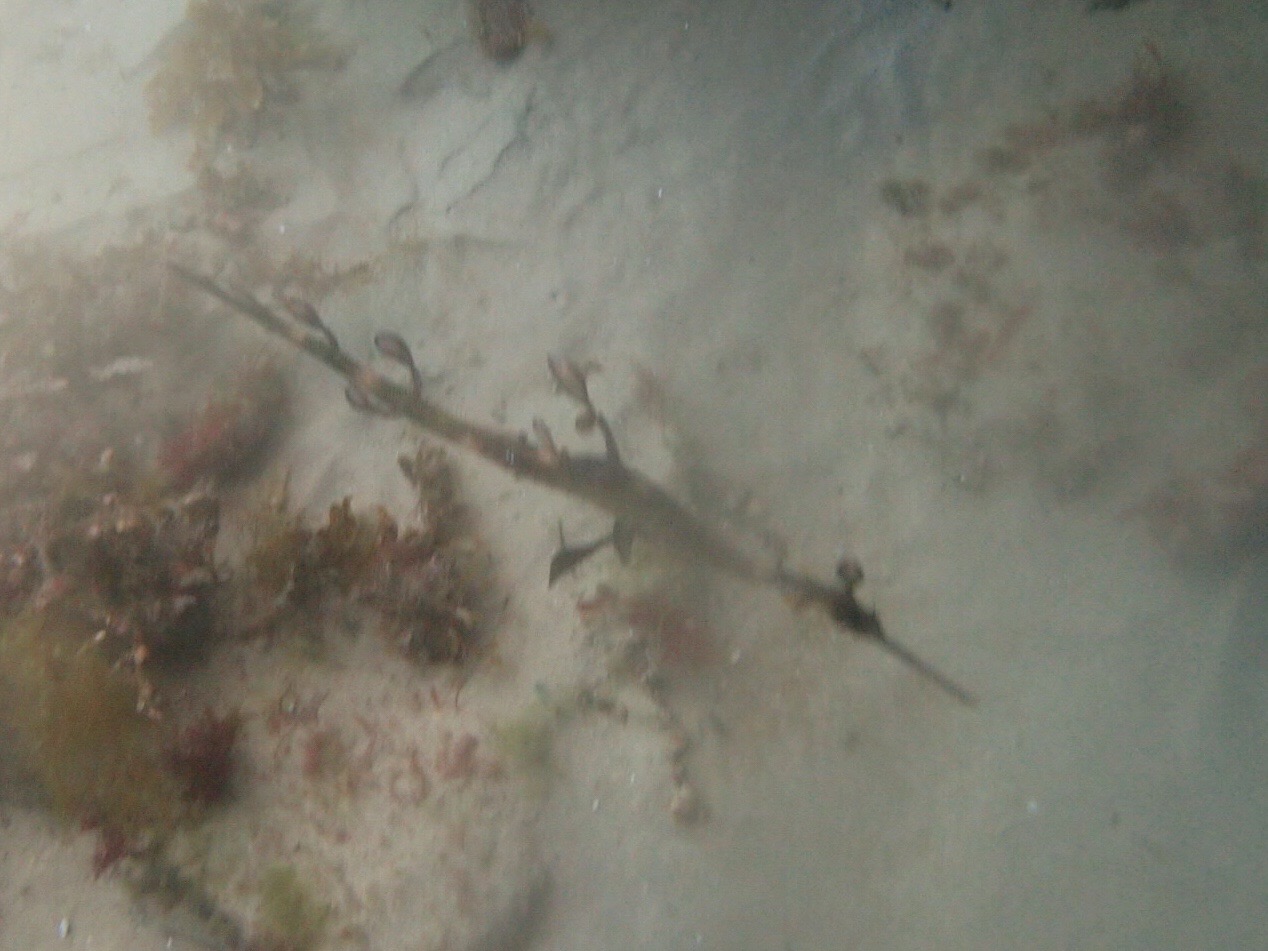 I also accidentally met someone very cool on the way home. The journey back was a pain – delayed buses, cancelled trains, train line communication failures, the works. So the small group of us trying to get from Sorrento to Melbourne had about 4 hours to get to know one another, and, when I started talking to this one lady about snorkelling and diving she turned out to be Valerie Taylor! I was a little gobsmacked (and a little hesitant as to whether this could actually be happening, but yes, it was her) and ever so slightly in awe, but she was absolutely lovely and seemed quite happy to chat away with me on the bus. I’m still a bit stunned that I just happened to meet such a great diver/dive cinematographer! 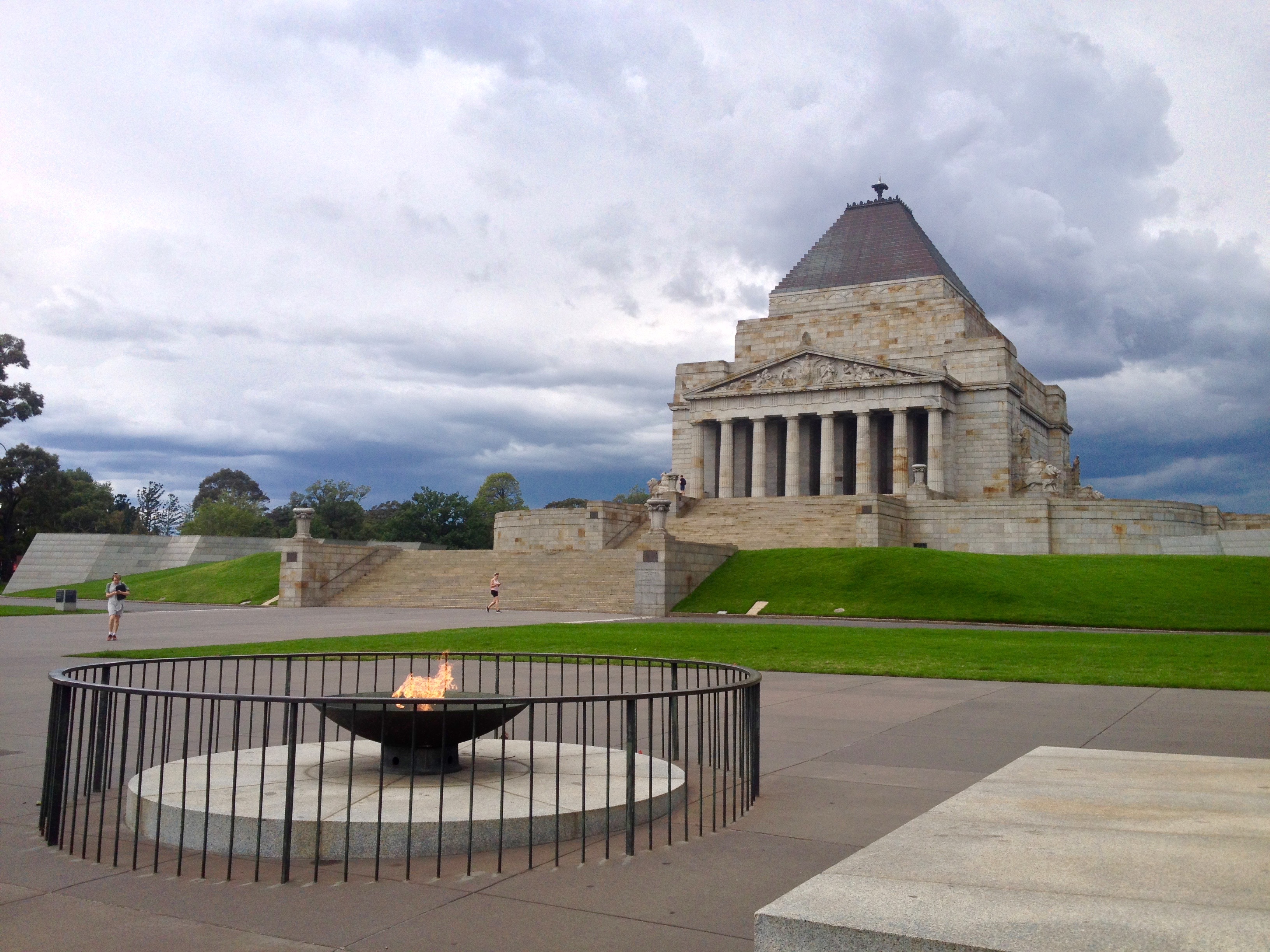 The memorial shrine in Melbourne. Very dramatic and impressive!

Freddie and Tom were pretty keen to keep track of the tennis while we were in Melbourne (they went to the Aus Open whilst I played with fishes). So a couple of times we found ourselves in Federation Square on the beach chairs watching the tennis on the big screen. It was pretty good fun getting caught up in the crowds atmosphere! Also gave our feet a much needed rest after a full day of walking!

One evening we headed off to the beach to have fish and chips and also to find the fairy penguins. And find them we did. They were so cute! My first wild penguins! However there were quite a lot of other people there and it was dark so it was hard to get a good photo, but it was totally worth it!! 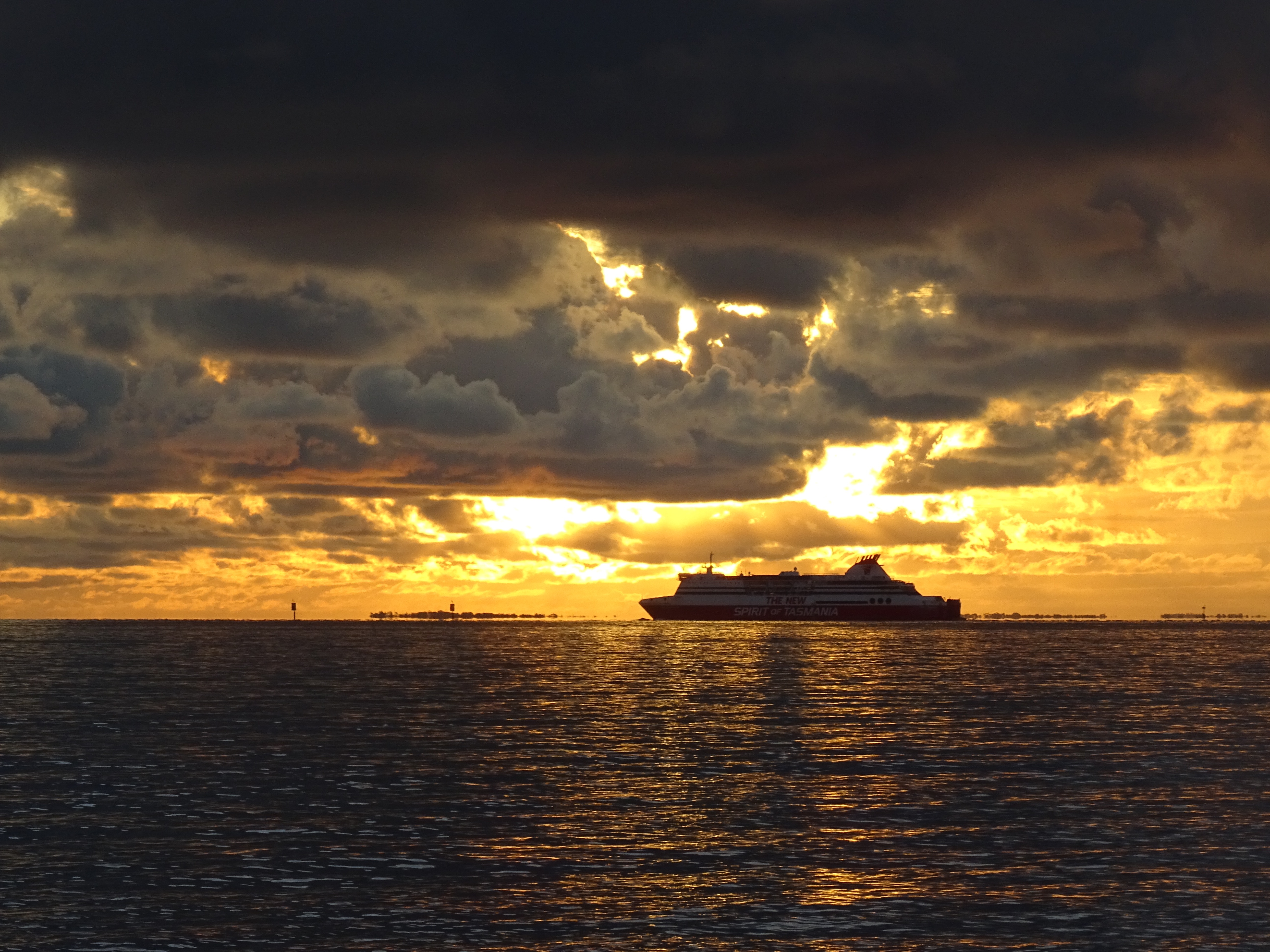 The Spirit of Tasmania passing St Kilda at sunset 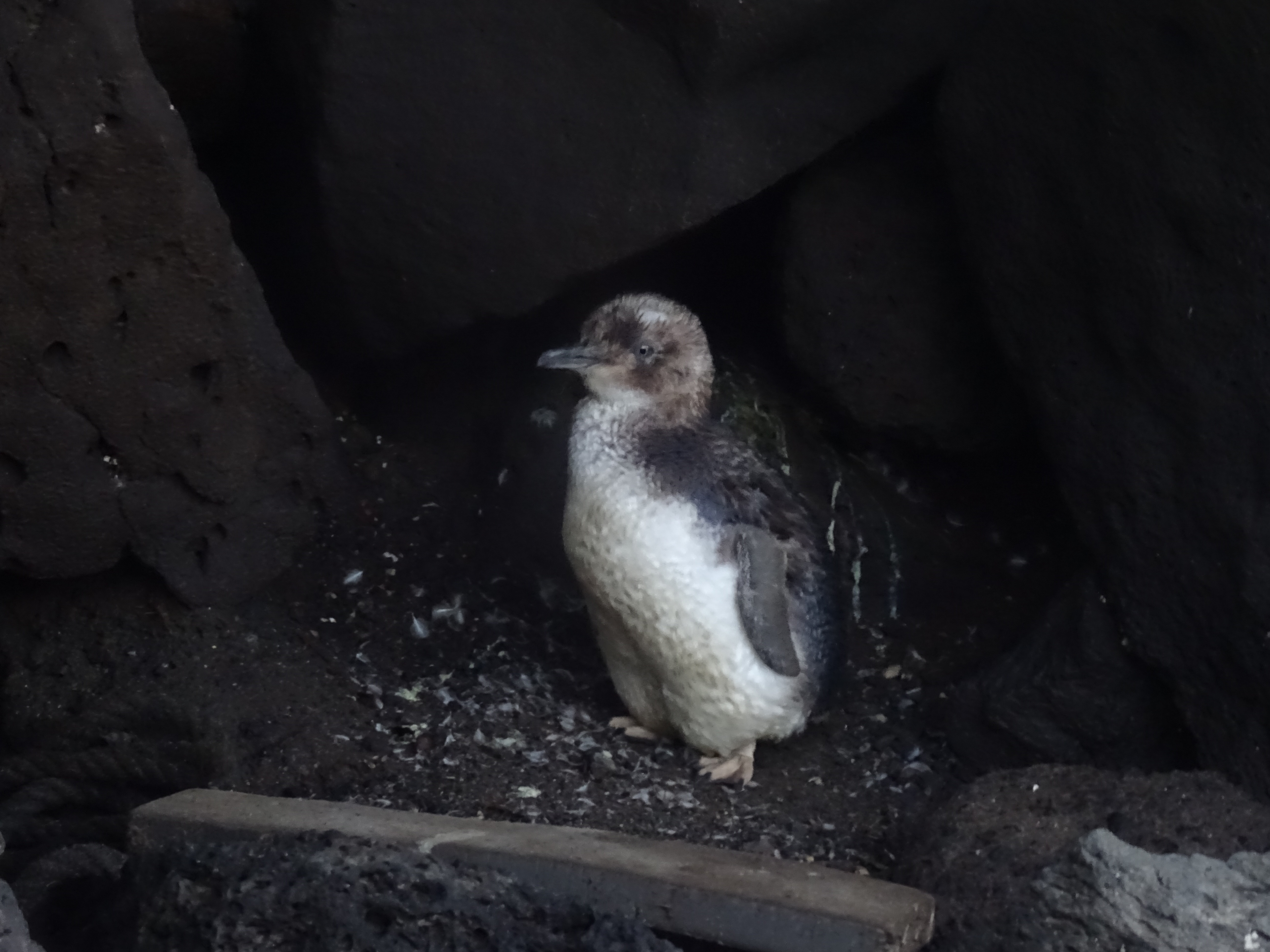 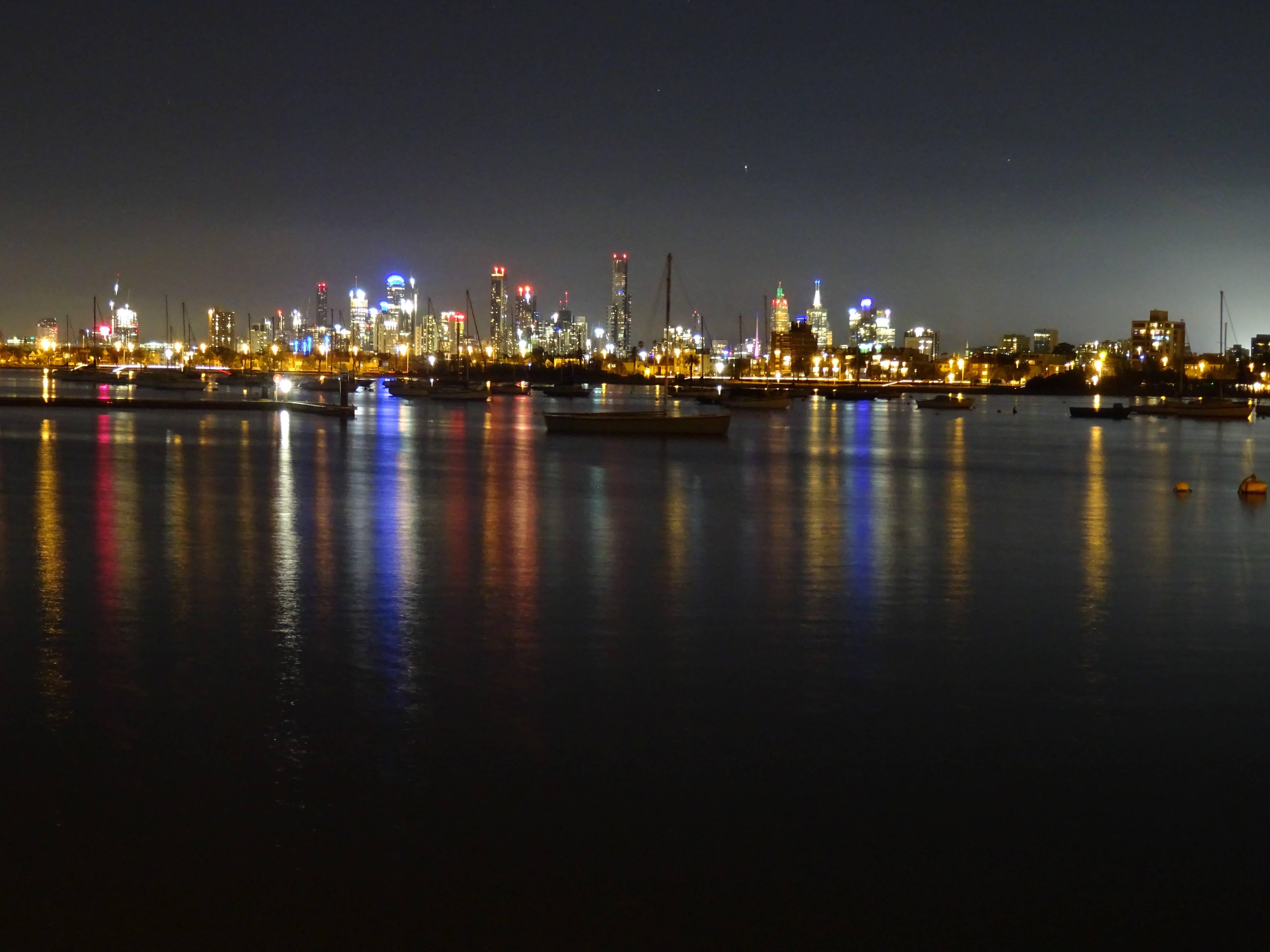 Melbourne from across the water

We also had a beach day where we went to Brighton (that sounds familiar!). We chilled by the beach huts, soaking in the sun and having a little RnR. It was much needed!! Somehow we also managed to get a free ice-cream (I think it was an advertising campaign), so life was pretty good!

Tom and I stayed in this lovely little suburb called South Yarra. Unfortunately I didn’t get many photos of it as we were normally leaving early and traipsing back dead on our feet when the last thing on my mind was taking a photo, but it was lovely. Reminded me a lot of a twee Kentish street actually, with a fountain and little boutiques and pot plants everywhere!

Overall Melbourne was a resounding success! I would love to go back, but I think I had enough time there in one go, time for the next adventure!!