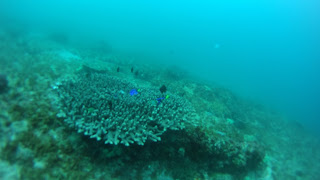 Until coming to Australia I had never really done many pleasure dives, I’d been focussing on getting the qualifications which would enable me to do whatever diving I might want to do. But, now I’m here, I can forget about learning and just see all the cool stuff the Land Down Under has to offer.

So, as a start to my Australian diving adventures, this last weekend a group of us piled into a convoy of cars, headed down to Cleaveland and then crossed over to Stradbroke Island for a few days of diving and it was lush. 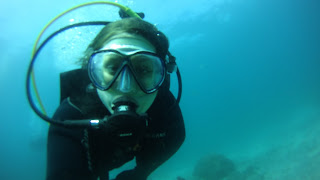 On the first morning we jumped on the boat and headed out to a dive site called shag rock. Being in a rib-boat heading out to sea is one of the best feelings ever, I love the feel of the wind on my face and the knowledge that I’ll be diving or snorkelling in a place that usually I wouldn’t be able to get to, and therefore see things I usually wouldn’t be able to see.

Once we reached our destination the fun started and the diving began. The first dive was a fabulous introduction; we saw a stingray just swimming around, swam up a gully looking at the sponges and fish in the nooks and crannies, played around wafting water over christmas tree worms and generally had an amazing time. 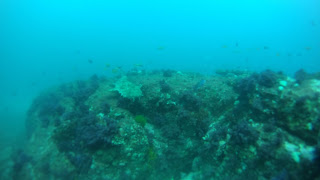 The second dive was even better, I filmed a lot of it (I still need to edit it all) and we saw loads of small shoals of fish and even a couple of lionfish, it’s great fun to see the species I’m not used to seeing back home – everything is new and exciting. I’m definitely going to have to do a checklist and try and find all the main members in Finding Nemo… that’s my new diving goal for out in Australia!

The second day of diving was better still! The next morning we headed out to a different dive site (Flat Rock) and en-route we saw dolphins and a whale! We could see the whale at the surface right as we arrived at the dive site, but by the time we got in the water it had moved on. However the whole way through the dive we could hear the whales singing which was at once both incredible and oddly eerie. 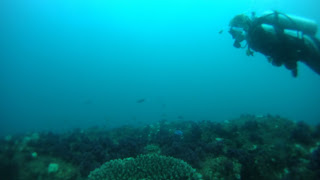 This dive was amazing, I saw my first wobbegong shark, saw loads of puffer fish and parrot fish, lots of lion fish, corals were everywhere and there were hundreds of tiny reef fish which were so colourful! I’m used to fish being on the brown or silver side! Having brightly coloured fish is somewhat of a novelty!

The fourth and final dive of the weekend was not as great, for some reason my buoyancy was off which meant I had to concentrate a lot on not floating off to the surface. I’m not sure why this happened, but despite the slight annoyance it was still a good dive. I saw loads of puffer fish, some cuttlefish which were really awesome, a small grey shark (couldn’t see enough of it to ID it as it was hiding under some rocks) and we also explored the remains of a boat which was pretty cool! 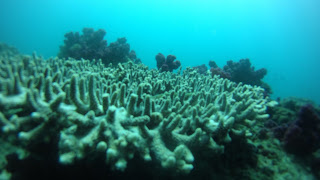 It was a fairly recent boat wreck, so it was not as cool as the really old wrecks off the UK, but I’m sure I’ll be able to find some old stylie wrecks around Australia to dive on sooner or later!

All in all it was a great weekend. I made some new friends, got to know current ones better and I had an entire weekend dedicated to diving just for fun – life doesn’t get much better than that!