So if you follow my main blog (harrieta.co.uk) you’ll know that I am currently on a year abroad in Australia, and that means DIVING! If you are near the great barrier reef and some of the coolest stuff in the oceans then you might as well try and see it, so that’s what I’m gonna do! 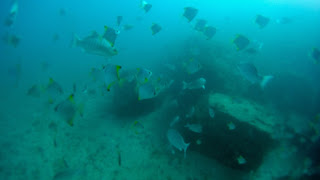 Diamondfish (and some other stuff)

There’s a dive site right near Brisbane called Flinders Reef which is apparently the closest ‘true coral reef’ to here, so I definitely want to go there at some point, and if time and money allow I’d love to go up to Cairns and get a tonne of diving in, visiting the Great Barrier Reef has been a dream of mine since I was a child. 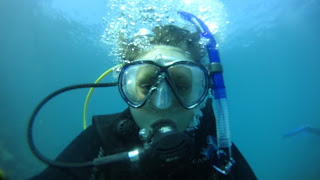 My parents took me to a coral reef exhibition as my ‘you’re leaving us!’ day trip/treat for goodness sake!

As soon as I could I joined the university dive society, bought myself a membership and 3months of gear hire, bought the stuff I needed to own and then booked onto the first dive available!

My first Australian dive took me to the Tweed river, down on the border between new South Wales and Queensland. It was a welcome dive, allowing the new members to learn how it all works and who’s who, but there was a BBQ and diving, so everything was beautiful! 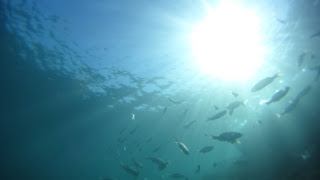 This dive was a drift dive, 8m max and I buddied up with one of the guys who lives in the same college as me. It was an odd dive, I wasn’t weighted right, so I was fighting to stay down the entire time, but now I know how to convert lbs to kg, I should be fine. I knew I’d need about 10kg, I just didn’t know how much that was in Aussie terms!

Aside from that it was quite a good dive, there were loads of fish, tonnes of diamondfish and stonefish which was pretty cool, but there wasn’t much else in the way of life. It looked oddly barren, there was no seaweed or seagrass or anything, just rocks and fish! 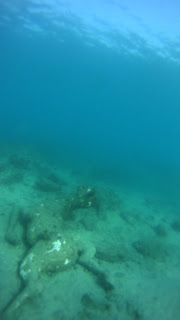 It was such a stark contrast to the dives I’m used to in cornwall, there’s kelp and other seaweeds everywhere with crabs and starfish on almost every surface, it was very bizarre! There were also several weird things sunk to the bottom of the river bed, such as a deer statue and a set of old scales. Apparently there was a buddha statute too, but we didn’t find it!

I enjoyed getting back into the water again though, it’d been about two months since my last dive and I was going slightly loopy-loo wanting to get back diving again. I can’t wait for my next dive, I’m signed up for a two day trip to Stradbroke island where hopefully we’ll see some sharks and hopefully some whales as they’re still migrating through!